Deere Group, commonly referred to as 'John Deere' after its founder and chairman John Deere, filed a suit for permanent injunction to prevent trademark infringement and dilution, passing off of trade dress and unfair competition, and for rendition of accounts, delivery up and damages against Surindera Agro Industries and Harcharan Singh (collectively Surindera) before the Delhi High Court based on its use and registration of several colour marks in Class 12 and 28.

John Deere's contentions in support of the case were as follows:

The manner of use of the combination of colours was as follows - the body of the vehicle was painted green, while the seat and wheels of the vehicle were painted yellow, as depicted below: 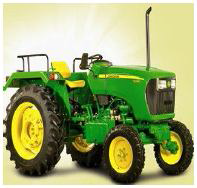 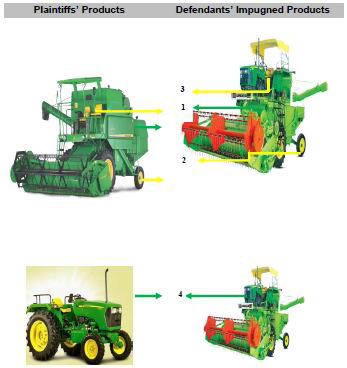 The court first held that John Deere had established a strong prima facie case in its favour. The balance of convenience also lay in favour of John Deere and against Surindera - if interim orders were not issued, John Deere would suffer irreparable loss and injury.

The court further held that, based on the definition of a 'trademark' provided under the Trademarks Act, it appeared that colours or colour combinations can become trademarks if they are distinctive and exclusively associated with a particular trader. Once such marks have been registered, the owners have exclusive rights to use the marks, as well as the right to initiate infringement proceedings or obtain an injunction.

The ruling and observations of the court support the argument that the presentation of a product or its trade dress has become an essential component when it comes to product distinction and brand recall.