Italy: When the non-registered mark is the packaging

Italy is one of the countries in which protection is extended to unregistered trademarks and other commercial signs. According to Articles 12(a) and (b) of the Industrial Property Code (Legislative Decree 30/2005), a trademark lacks novelty if it is identical or confusingly similar to a sign that is already known as a trademark, distinctive sign, company name, signboard or domain name used in commerce, even if such a sign is not registered as a trademark.

In order for the prior unregistered trademark or commercial sign to serve as the basis for a novelty objection against a subsequent application, its use must be ‘qualified’ (ie, it must be known widely and not just locally). Otherwise, the owner of the prior sign must tolerate registration of the subsequent mark and can keep on using its sign only locally.

Further, while Legislative Decree 131/2010 amended the Industrial Property Code and eventually introduced opposition proceedings, unregistered trademarks and commercial signs cannot serve as grounds for oppositions against Italian trademark applications. Therefore, to invalidate a subsequent identical or confusingly similar trademark, the owner of the unregistered mark or commercial sign must initiate an invalidity action in court, which is generally time consuming and costly.

However, unregistered trademarks and commercial signs can serve as grounds for oppositions against Community trademark applications based on Article 8(4) of the EU Community Trademark Regulation (207/2009), which provides that upon opposition by the owner of a prior non-registered trademark or of another sign used in the course of trade that is of more than mere local significance, the applied-for trademark shall not be registered if and to the extent that the law of the member state governing that sign confers on its owner the right to prohibit the use of a subsequent trademark.

An opposition in Italy can further be based on other non-registered rights under Article 8 of the Industrial Property Code. These signs include people’s portraits (Article 8(1)) and personal names other than the applicant’s name, if their use may harm the person’s reputation (Article 8(2)) and, most importantly, well-known personal names and well-known signs used in artistic, literary, scientific, political or sporting fields and well-known denominations, initials and emblems of events and non-profit organisations (Article 8(3)). Use of all these signs in a trademark is subject to the owner’s consent.

In contrast to previous case law, a recent decision of the Italian Patent and Trademark Office (PTO) and the Appeals Board has widened the concept of ‘well-known signs’ according to Article 8(3) to include signs that are known only locally and among a specific group of consumers.

In July 2011 a non-profit committee was created in Naples to collect signatures against territorial discrimination by insurance companies that apply higher car insurance fees in the south than in the north of Italy. The committee was called mo’ bast! (‘stop it now!’ in Neapolitan). In July 2011 the committee also registered the domain name ‘mobast.org’, with an accompanying logo. In December 2011 the committee filed a petition with the European Parliament signed by 73,000 persons to highlight its cause.

In Decision 94/2014 the Italian PTO upheld Opposition 380/2012 and rejected application NA 2011C001388 filed on October 18 2011 for a figurative trademark that was identical to the name and logo of the mo’ bast! committee. The opposition was upheld even though it was recognised that the name MO’ BAST and its logo enjoyed ‘relative renown’, which was limited by territory and to a certain range of consumers (ie, insured car drivers in southern Italy).

Except for this example, all unregistered marks and commercial signs have traditionally been afforded protection against infringement based on Italian unfair competition law only, under Article 2598(1) of the Civil Code, which prohibits the use of names or distinctive signs that could give rise to a risk of confusion with the names and signs lawfully used by others. This provision further prohibits slavish imitation of a competitor’s product.

Again, to enforce its unregistered rights against infringers, the proprietor of the earlier unregistered sign must start a court action and prove that:

When the earlier non-registered sign is one of the classic examples (eg, a product trademark that appears on the label, a company name that is also the producer’s name or a domain name), enforcement of this provision is fairly straightforward.

However, when the act of unfair competition consists of a slavish imitation of a competitor’s product, it may be much harder to prove that the shape of such product or its packaging is distinctive and that use of the identical product shape or packaging could give rise to a risk of confusion among consumers with regard to the product’s commercial origin.

Article 2598(1) on unfair competition by slavish imitation also applies, in the absence of a specific provision, to the widespread phenomenon of lookalikes. ‘Lookalikes’ are consumer products, usually sold in supermarkets, which imitate the packaging of branded products (so-called ‘trade dress’), but are sold at a much lower price. The idea is to free ride on the goodwill and creativity of the original brand owner and market a product whose packaging tells consumers, ‘I am as good as the original’, while the price tells them, ‘I cost a lot less’. Supermarkets are fuelling this phenomenon by offering, under their own labels, products that look exactly like the branded originals.

One weak point of unfair competition applied to lookalikes is that most packaging comprises non-distinctive features that are descriptive of the product or commonly used. Therefore, the brand owner must prove that the packaging (without the brand name) has acquired distinctiveness in the eyes of consumers.

The true Achilles’ heel of unfair competition applied to lookalikes is that it is often impossible to prove the risk of confusion with the original branded product because the competitor generally places a totally different trademark on the imitated packaging precisely to avoid this risk.

Traditional case law has denied application of the provisions on unfair competition by slavish imitation in such instances based on the non-distinctiveness of the packaging and/or the lack of risk of confusion. However, there have been some authoritative exceptions, led by the Court of Naples and Judge Casaburi. The most famous decision of this type is the Gran Turchese case (Court of Naples, July 11 2000), in which the judge granted protection based on unfair competition to the well-known packaging of Colussi’s breakfast cookies sold under the brand Gran Turchese against a competitor which had sold cookies with an almost identical shape in packaging that imitated all distinctive features of the branded product. The only difference was that the GRAN TURCHESE mark had been replaced by the ELLEDÌ mark. Although the trademarks were completely different and there could be no risk of confusion between them, protection was granted because of the “unconscious or subliminal” association made by consumers between the products – a wide interpretation of the risk of confusion.

From knock-out to knock-off

But should it really be so difficult to protect packaging? The answer is no, if you are wise enough to follow two recommendations. First, register all of your distinctive labels and packaging as trademarks and the shape of your products as three-dimensional marks if they have acquired distinctiveness on the market. Further, if your packaging is well known and you register it as a trademark, it will be protected against similar packaging, even in the absence of a risk of confusion, as long as use of the lookalike takes unfair advantage of or damages the reputation of the well-known mark, which commonly happens with lookalikes.

Second, before launching new packaging, remember to register it as a design. For Community designs, there is a 12-month grace period from the launch date to file for registration. Packaging falls under Class 9 of the Locarno classification and a minimum level of originality is required to obtain registration at EU level. Registering the packaging of your product as a design eliminates the problem of both proving its distinctiveness and demonstrating the risk of confusion, which is not required for design infringement and actually expands the scope of protection beyond the type of product. The basic requirement of design infringement is merely the similarity of the overall impression.

In a recent cancellation action (decision of March 11 2013 on Design 001978560-0001) the Office for Harmonisation in the Internal Market declared a Community design registration for the packaging of a T-shirt bearing the trademark SANTA BARBARA invalid, because its appearance was too similar to the well-known packaging of Barilla spaghetti. Although the trademark was totally different and no risk of confusion could arise, the general impression created by the packaging was deemed substantially the same, as the designs shared most of the graphic features, such as:

Looking forward to Expo 2015 Lookalikes in the food sector may harm what is a key economic sector for many European countries, including Italy, France, Greece and Spain. French-sounding or Italian-looking products do not necessarily meet French or Italian quality standards. In view of the upcoming Expo 2015 in Milan (May 1 to October 21 2015, with 20 million visitors expected), all companies are urged to register their packaging as trademarks and designs to protect the value of the European food tradition. 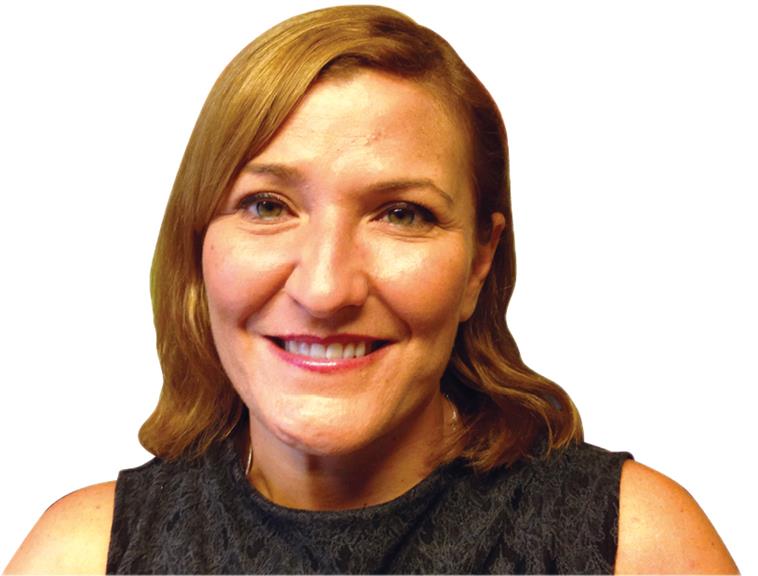 Paola Stefanelli is a registered Italian and Community trademark and design attorney. She graduated in Anglo-American Law at the University of Florence in 1999 after studying with a scholarship at the New York University School of Law. Ms Stefanelli joined Bugnion SpA in March 2014 and brings with her 15 years of experience in trademarks, designs, protected designation of origins, protected geographical indications and IP rights enforcement. 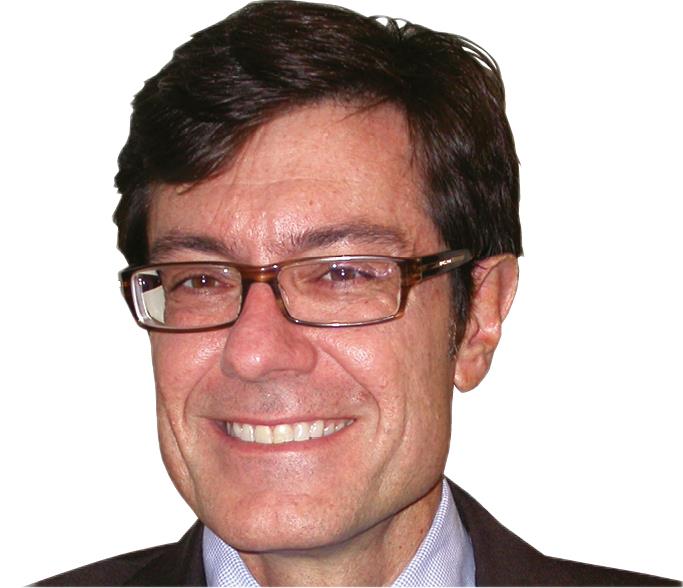 Alessandro Mannini is the manager of Bugnion’s Florence office. He is a registered Italian and Community trademark and design attorney. Mr Mannini has worked in the field of intellectual property for 18 years, mostly counselling on trademark issues. He has lectured on IP issues on behalf of the European Patent Academy and Bocconi University.