Italy: The benefits of an adjustable regime

Bugnion SpAAccording to Italian law, licensing agreements may be revised to meet any of the parties’ special requirements and consequently trademarks can be fully exploited

Italian law provides no definition of a ‘licensing agreement’. In general, a licence is an agreement through which one party (the licensor) grants another (the licensee) the authorisation to exercise rights that it holds or has available to it. The only relevant provision is Article 23 of the IP Code, which provides that trademark licences may be:

Further, there is no prescription on the form of the agreement. It can be executed orally, but it is advisable that the agreement be executed in writing. In order to be opposable to third parties, the licensing agreement must be registered with the Italian Trademark and Patent Office and a copy of the agreement in the requisite written form must be provided.

Although a merchandising agreement may be included in this broad definition, it is characterised by the licensor granting the licensee the right to use its trademark in a different market from its own. This type of agreement aims to exploit the trademark’s standing and reputation for the promotion of goods or services in different business sectors from those in which the trademark is usually available.

The main features and clauses to be agreed for an effective licensing agreement include the following.

Payment for a licence usually takes the form of lump-sum compensation or more often royalties. Frequently, payments consist of an approved fixed amount and a royalty, depending on the volume of licensed goods or services produced and sold. This combination allows the licensor to receive payments periodically and also encourages the licensee to increase sales.

The agreement must specify whether the licence is exclusive. For non-exclusive licences, it is beneficial to agree in full the quality standards that the licensee must respect. In this context, two or more licensees will be offering the same goods on the market under the same trademark. Consequently, there is a higher risk of misleading the public, which may find goods that look identical but potentially differ in quality.

In order to maintain the appropriate standards and consideration of the trademark, it is advisable to agree on the terms that resale outlets (including online) must respect to avoid the risk that the trademark is used in a context that is not appropriate to its distinctiveness.

There is no legal prescription on the duration of a licensing agreement. The only limit may derive from a non-compete clause. According to Article 2596 of the Civil Code, any restriction on competition may not last for more than five years.

The licensee must undertake to respect in full and maintain the particular quality standards required by the licensor. Quality standards may be defined generally with reference to the licensor’s goods and services, or can be stated in a specific attachment to the agreement. In this case the licensor can:

In order to maintain the quality expected, it may be useful for the licensor to check – through inspections and quality controls – the licensee’s manufacturing plants. The licensee must consent to such inspections. It is advisable to include in the agreement the licensee’s obligation to avoid the production and sale of goods which the licensor finds do not meet its quality standards.

The licensor often asks for its responsibility regarding the licensed trademark to be reduced to the minimum extent possible. The reduction or exclusion of the licensor’s liability in case of defective products, or a request to maintain adequate insurance for such liability, may be included in the agreement.

In case of termination of an agreement, it is beneficial to decide whether and for how long the licensee has the right to sell off its stock. Generally, the licensor grants the licensee six months – the equivalent of a fashion collection’s lifespan – in which to sell off its stock. A recent case at the Court of Milan examined the relationship between the right to sell off and the principle of exhaustion. This provides that the holder of an industrial property right may not exercise its powers to oppose the sale of goods that have been placed on the market by the rights holder or with its consent. Consent must be demonstrated by the party that objects to exhaustion. Italian case law tends to hold that whether goods have been placed on the market in breach of the limits set by the licensing agreement depends on the rights holder’s consent. The Court of Milan agreed with this position. The licensor had brought the claim to court because, at the end of the agreed six-month period, stock was still being sold by a third party. It asked the court to order the immediate termination of sale of stock due to infringement of its trademark rights and unfair competition.

Generally, the sell-off provision in licensing agreements sets a term of six months to sell off unsold stock. At the end of this period, the licensee must cease selling remaining stock. In this specific case there was no specification as to whether this limit referred to the sale of stock by the licensee to third parties or to a global sale of stock to consumers by means of the licensee’s dealers, but it did include a provision requiring the licensee to destroy unsold stock after six months. The answer to such a question also depends on the rights holder’s consent (the principle of exhaustion), as the sale had taken place between the licensee and the transferee before the deadline in question.

The judge, according to the usual parameters of interpreting agreements, noted that, based on a good-faith interpretation of the licence, the licensor’s aim was to ensure contractually that products from previous seasons were not offered to the public after the end of the relevant season (ie, after six months). The licensor’s aim was to avoid any potential prejudicial effect on the trademark’s prestige through the sale of obsolete stock, regardless of the distributor’s subjective qualification.

Therefore, according to the judge, the sale of warehouse stock close to the end of the six-month period did not allow the licensee to continue marketing the goods beyond that term. As a consequence, the licensee’s re-sale of the goods was not covered by the principle of exhaustion; rather, it was harmful to the licensor’s trademark rights. This point also applied to unfair competition, as it conflicted with professional integrity.

Licensees should pay particular attention to the terms that govern the disposal of stock at the end of a licensing agreement. If the parties agree on a sell-out provision, it is important to:

As the above case shows, it is advisable to stipulate to which type of sale the sell-off period refers. It is also advisable for transferees to check the terms of the licensing agreement, as purchasing goods from the licensee will not prevent potential claims from the trademark holder.

Under Italian law and the Convention of Rome, parties are free to choose the law that governs a licensing agreement. The choice of foreign law cannot imply a breach of public policy principles or prejudice the application of mandatory Italian rules. Specialised divisions have been established in some Italian courts to handle lawsuits concerning intellectual and industrial property.

According to Italian law, licensing agreements may be revised to meet any of the parties’ special requirements and consequently trademarks can be exploited to the fullest extent. 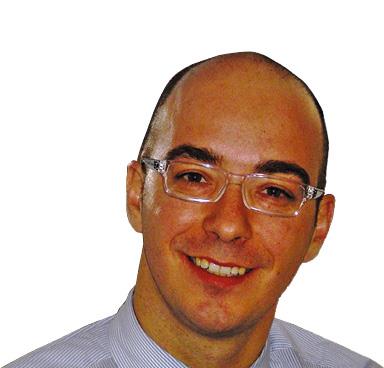 Simone Verducci Galletti graduated in law from the University of Perugia and commenced work as a trademark consultant at an IP boutique in Rome, before joining the Alicante office of a UK IP firm in 2002. He moved to Bugnion’s Milan office in October 2004 and is now a partner and international affairs manager. As a trademark attorney, he has substantive experience in the field of Italian and Community trademark filing and prosecution, and enjoys advising clients in the management and filing strategy of trademark portfolios. 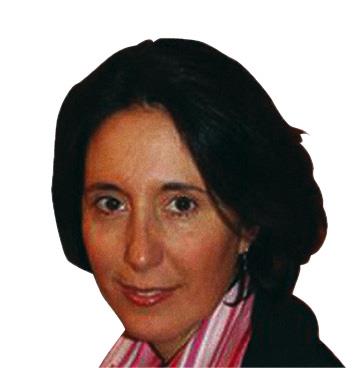 Nicoletta Colombo is a partner at CREA Avvocati Associati/Bugnion Legal, where she draws on wide-ranging expertise in intellectual property. While her practice is mostly focused on internet-related matters, specifically domain names, online infringement and the protection of industrial property rights online, she has also acquired extensive knowledge in trademarks, particularly Community quality marks in the food industry. She has been an arbitrator and mediator at the World Intellectual Property Organisation since 2003, and at the Chamber of Arbitration of Milan since 2009.