Italy: One way or another

Multiple avenues are available to rights holders to protect their brands online.

Despite the commonly held belief that Italians tend to be conservative when it comes to the Internet, one of the few positive and consistent sets of figures to have emerged from the current economic downturn are those for e-commerce.

As members of the first generation of digital natives start earning their own money, digital marketplaces have became a popular place for spending and have lost the aura of danger and uncertainty which used to surround them.

The fact that many reputable companies have taken to the digital field, together with the growing popularity of ‘recharge-as-you-spend’ credit cards, has also helped to reassure older consumers that not every online purchase is a scam.

But as is always the case, as a market thrives, so the counterfeiters will flock to it.

Unfortunately, traditional legal remedies are often ineffective when applied to online counterfeiting and copyright infringement, to the detriment of both rights holders and consumers.

However, in the fight against counterfeiting and digital piracy, two Italian authorities are offering cutting-edge solutions.

Although the regulation was designed to protect digital works from piracy, it seems theoretically possible for a trademark holder to resort to the Italian Communication Regulatory Authority

At the vanguard of the anti-counterfeiting fight is the Italian Antitrust Authority (AGCM).

This independent body operates as the competition regulator and is responsible for protecting consumers from unfair commercial practices. The authority is empowered by the E-commerce Decree (70/2013/EL), which implemented the EU E-commerce Directive (2001/31) into Italian law, as well as by the Consumer Code, which sets out rules designed to curb unfair commercial practices.

Although the Antitrust Authority acts primarily to protect consumers who may be deceived or harmed by unfair commercial practices, owners of trademarks that are counterfeited or illegally used can also benefit from its decisions.

Once the authority ascertains that an IP right is being infringed on a website, it will require both the counterfeiter and the registrant of the domain name for the website on which the illegal activity is taking place, to halt the infringing activity. If both the counterfeiter and the registrant fail to comply, the authority may order the relevant internet service providers (ISP) to block access to the website from users in Italy. ISPs are obliged to act even where they are not involved in or liable for any illegal activity (provided that certain conditions are met).

Such order is addressed to all ISPs that allow internet users to access the contested websites from Italy.

Although the authority’s decisions usually provides for administrative fines, these are not a particularly effective deterrent. In most cases, online counterfeiters operate abroad and are difficult, if not impossible, to reach. Instead, the effectiveness of these decisions stems from the fact that they impose a precautionary measure on ISPs, which then block access to sites hosting infringing content from Italian users.

The Antitrust Authority may intervene at the rights holder’s request, as well as at the request of consumer associations and collecting societies. The procedure is relatively quick – six months on average, although in cases of particular importance the authority may issue a decision within a few days – and is free for complainants. Pending procedures before the authority do not preclude other forms of legal protection, which may be exercised cumulatively by the rights holder.

The authority enjoys extensive investigative powers, which can help rights holders to avoid the considerable burden of proving infringement. It can resort to the Guardia di Finanza – the Italian fiscal police – and also request expert opinions and arrange economic analysis.

Although the authority will not order payment of damages, rights holders may simultaneously bring a suit before th ordinary courts or request compensation for damages caused by the unfair practice once the authority has issued its decision.

In 2013 the Global Anti-counterfeiting Group recognised the Antitrust Authority’s work in protecting consumers from unfair practices involved in the sale of counterfeit goods over the Internet with an award for its innovative and effective actions.

Given the nature of the authority’s decisions, these may also be a valid basis for requesting payment service providers to suspend any accounts associated with a contested website and to allow a rights holder to access information about the account holder. In this way, these domestic decisions may have a significant effect in the international fight against counterfeiting.

More recently, the Italian Communication Regulatory Authority (AGCOM) has also taken an innovative approach to protecting rights holders, in particular holders of copyright, although its practice also has interesting implications for trademark holders.

On December 12 2013 the authority adopted a new regulation that entered into force on March 31 2014 and is designed to provide copyright holders with fast and effective protection against unlawful use of their works, in particular digital works that are transmitted online. The need for a rapid form of protection is dictated by the speed with which information can be disseminated on the Internet. The new regulation implements the EU Information Society Directive (2000/31/EC), which was incorporated into Legislative Decree 70/2003.

According to the directive, an injunction intended to prevent or halt infringement may be applied to providers of technical internet services (so-called ‘mere conduit’ activities, which include the transmission and transport of information where the content is not monitored), even if the providers are not liable for the illegal activity.

When issuing such orders, the authority must balance the protection of IP rights against freedom of expression and information. Such decisions must therefore be adequate, appropriate and proportionate, as required by both EU and Italian law.

Owners or licensees of copyrights or related rights on digital works, collecting societies and other professional associations have the right to petition the authority to remove infringing content which has been posted online. The authority will decide whether to dismiss the petition or to initiate the procedure within seven working days of receiving the petition and notify the applicant accordingly.

Should the authority decide to initiate the procedure, it will notify the following (provided that they are traceable):

Upon receipt of the communication, these parties may comply voluntarily with the applicant’s request and remove the illegal content, thus terminating the procedure. If they want to keep the contested content online, they may submit their own counterclaim to the authority within five working days of receiving the notice.

If subsequent investigations fail to reveal any copyright infringement, the authority may close the file. However, if actual infringement of copyright or related rights has taken place, the authority can demand that ISPs prevent the continuation of the offence by blocking access to the contested content or to the whole website from Italy.

If the website showing the infringing content is hosted on a server located in Italy, the authority can order the providers of the hosting service to selectively remove the infringing works. If the site is hosted on a server located abroad, the authority may order the ISPs that provide conduit services to disable access to the entire website from Italy.

The whole procedure lasts 35 days from the date on which the motion is presented before the authority. In cases of serious and extensive infringements, the authority may adopt an accelerated procedure which takes just 12 working days.

Proceedings before the authority cannot be started if a lawsuit “for the same object” is pending “between the same parties”. However, if an administrative action is pending, only the applicant may end it by acting in court.

Although the regulation was designed to protect digital works from piracy, it seems theoretically possible for a trademark holder to resort to the Italian Communication Regulatory Authority and argue that websites selling counterfeit goods which reproduce images, graphics and texts copied from its website are infringing its copyright. This would provide rights holders with an even faster procedure than that established by the Antitrust Authority. However, the small number of decisions issued by the Italian Communication Regulatory Authority since the regulation came into force makes it difficult to foresee whether such an extension of the scope of these provisions will be accepted. Disabling access to an entire website may be deemed disproportionate to the significance of the infringement.

The introduction of these two procedures should be hailed as a positive development, particularly given the swift turnaround times and low costs for rights holders. However, the involvement of ISPs is by far the most effective development. ISPs, and in particular those that offer ‘mere conduit’ services, are easily traceable and usually have an appropriate administrative structure capable of receiving, understanding and acting on decisions that affect them.

Most importantly, it is unlikely they will have an actual interest in resisting orders of the authorities, which makes these decisions highly effective. 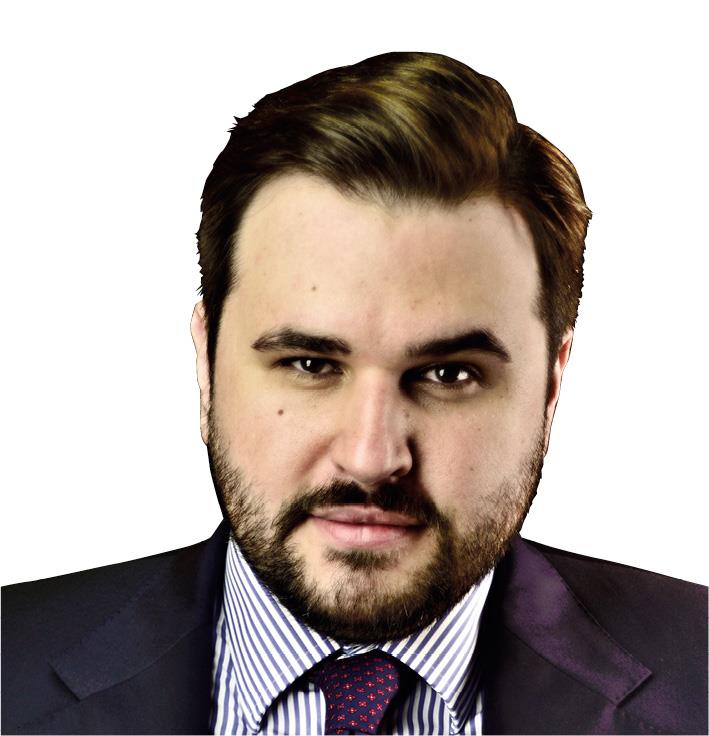 After graduating in law from Luiss Guido Carli University in Rome, Andrea Cappai undertook a postgraduate course in IP law that brought him to Beijing, where he worked for an international IP firm based in China. He subsequently joined Bugnion, where he became part of the internet department. He is currently practising to become an Italian and European trademark attorney