Italy: It’s a family thing – protecting a series of trademarks in Italy

There has been much debate in recent years over family marks or marks in a series. A landmark case in this area is the European Court of Justice (ECJ) ruling in BRIDGE v BAINBRIDGE (C-234/06).

The appellant owned the BRIDGE mark, along with a number of other marks containing the BRIDGE element. It argued that there was a likelihood of confusion between its family (or series) of marks and a subsequent application by a third party for the figurative mark BAINBRIDGE. The appellant held that this could infringe Article 8(1)(b) of the EU Community Trademark Regulation (40/94).

The ECJ affirmed that the risk that the public might believe that goods or services come from the same undertaking or from economically linked undertakings constitutes a likelihood of confusion within the meaning of Article 8(1)(b). However, where there is a family or series of marks, the likelihood of confusion results from the possibility that the consumer may be mistaken as to the provenance or origin of the goods or services, or might mistakenly consider that the trademark in question is part of that family or series of marks.

The advocate general stated in her opinion that no consumer can be expected, in the absence of use of a sufficient number of trademarks capable of constituting a family, to detect a common element between members of such a family and to associate another trademark containing the same common element with that family.

For this reason the ECJ rejected the appellant’s plea, on the grounds that it was unable to demonstrate before the Court of First Instance that there was effective commercial use of a sufficient number of those trademarks to be capable of constituting a family – all members of which had an element in common – for the purposes of assessing likelihood of confusion.

This interpretation – which is contrary to US doctrine and case law about a family or series of marks (in particular with regard to cases concerning the MC family or MISS family of marks; although strangely, this does not apply to the VIRGIN family of marks) – is well settled and familiar to examiners at the Opposition Division of the Italian Trademark Office.

In one recent decision (73/2012, January 28 2014) the Opposition Division upheld an opposition filed by the Municipality of Sanremo against an application for the mark SANREMOROCK (PE2011C000169).

Non-Italian readers may be unaware of a music contest called the Festival di Sanremo, a competition among Italian singers which takes place every February.

The Municipality of Sanremo argued that there was a likelihood of confusion between the applied-for mark and its large number of trademarks, which all contained the word element SANREMO.

Citing BRIDGE v BAINBRIDGE as a relevant prior judgment, the examiner affirmed that in order for a group of marks to qualify as a family, there must be a common and distinctive element which is completely reproduced, with the addition of a further element which differentiates the marks in one family from one another. The examiner declared that this further element can be either figurative or verbal.

Further, the examiner pointed out that a family of marks can be characterised by all of the marks sharing the same prefix or suffix.

However, in order to persuade an examiner that there is a likelihood of confusion or a risk of association between a family of marks and a subsequent application, a rights holder must be able to demonstrate that the following presumptions are effective and real, and can be perceived by an average consumer of the products or services at issue:

In the decision at issue – which ended with the rejection of the application to register SANREMOROCK – the examiner dismissed the argument that there was a likelihood of confusion with the SANREMO family of marks.

The examiner held that the owner of the prior marks, the Municipality of San Remo, was unable to prove that a series of trademarks was being used for the real and effective marketing of services (eg, for education, entertainment and cultural activities) where the marks all contained the word element SANREMO, but were differentiated from one another by a figurative or verbal element.

The crucial point at issue was whether the owner of a registered mark may rely on the fact that the mark is being used in a form which differs from the registered form in order to establish genuine use, without the differences between the two forms altering the distinctive character of that trademark, even though that different form is itself registered.

In compliance with Article 5.C.2 of the Paris Convention, nothing in the wording of Article 10(2)(a) of the EU Trademarks Directive implies that the different form in which a trademark is used cannot itself be registered. This is because Article 10(2)(a) is designed to allow a rights holder to make variations in the sign without its distinctive character being altered so that the mark can be adapted to the marketing and promotion out requirements of the goods or services concerned.

However, the Italian examiner went beyond the findings of the ECJ in Case C-234/06. Whereas the ECJ was asking for proof of the effective use of a sufficient number of trademarks to consider them as a family, the Italian Opposition Division was asking for evidence of use of all marks that were members of this family or series – or at least a number that was sufficient to form a family.

Even after the decision in SANREMO, rights holders which own several marks with some common element may be granted protection against other trademarks that contain the same shared element, but only if the marks in question are being used effectively on the Italian marketplace.

With this in mind, it is more likely that examiners will follow the ECJ’s lead in CITIGATE (T 301/09), where the ECJ specified what type of protection should be extended to families of trademarks. The General Court ruled that the marks CITIBANK, CITICARD, CITIGOLD, CITIEQUITY, CITIBOND and CITICORP were all members of the same trademark family.

Although the trademark applied for, CITIGATE, was not similar to any specific trademark belonging to this family, the General Court held that it could not be registered due to the existence of a likelihood of confusion. The applied-for mark was identical in structure to the marks in this family: each contained the identical and distinctive prefix ‘citi’, followed by a short, monosyllabic word which acted as a less distinctive or descriptive suffix. This shared element was sufficient to indicate that they belonged to the same trademark family.

The General Court ruled that the average consumer would assume that CITIGATE was another member of the CITI trademark family and would thus be mistaken as to the origin of the goods and services covered by the mark.

The General Court’s ruling indicates that trademark families may be granted stronger protection than when two marks are evaluated separately. Thus, registering the names of product lines could benefit rights holders, as registering several similar names may result in a greater degree of trademark protection.

The Italian examiner is expected to combine ECJ case law from BRIDGE and CITIGATE with case law from the Italian Supreme Court, which hitherto has found infringement where services or products are similar to those for which the earlier marks are registered or, where they are dissimilar, because they take unfair advantage of or cause detriment to the distinctive character or reputation of the earlier marks. A definition of the term ‘distinctive character’ would certainly encompass the distinctive element that a family of marks has in common.

In order to build up a clear, firm and established set of evidence of use for a set of trademarks which constitute a family, rights holders might find it a good idea to specify that these marks are part of a family or set in any agreements or licences. Further, they could add a clause to any licencing, franchising or distribution agreement binding the commercial partner to refer to the marks in this way in any commercial or advertising materials. Guidelines concerning the proper way to use any marks belonging to a particular family or series could also be considered a good presumption of effective use of same. 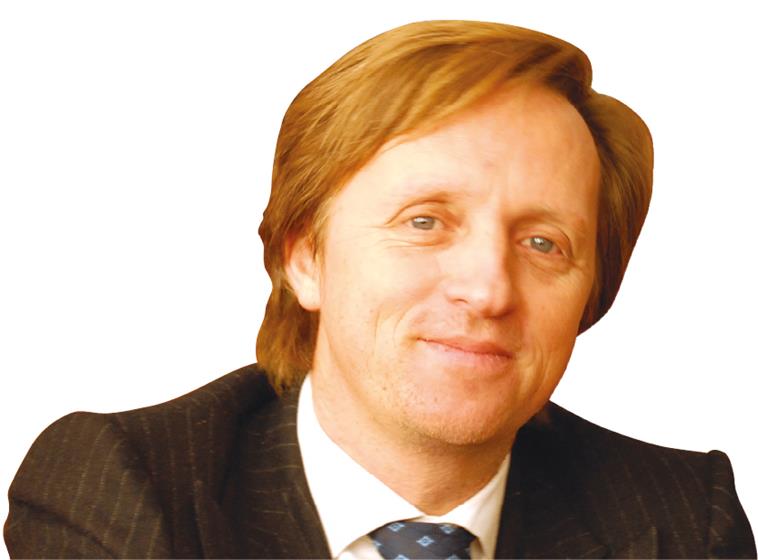 Nicola Tarantini is an Italian and Community trademark professional representative with a legal background. He graduated from the Law University of Milan. He focuses on advisory services, filing and prosecution in the field of trademarks, domain names and designs. He is adept in helping clients to add competitive value to their business.