Italy: Grapes of wrath: coexistence of unregistered marks in the wine industry

Italy’s tradition for wine production (and consumption) is a well-known fact. Historically, winemaking has often been a family business. It is unsurprising then that most winemakers have used family names to distinguish their products. However, since smaller and less-industrialised wineries have seldom bothered to register their marks and wine labelling restrictions are abundant, the industry is plagued with contentious trademark issues.

Fortunately, unregistered trademarks can be protected in Italy. However, this varies according to the nature and extent of the mark’s prior use, including a qualified reputation and the extent of its awareness. In several recent decisions, the courts have resorted to surprising interpretations in order to confirm that in certain circumstances the coexistence of identical marks comprising a family name is legal, beyond the traditional notion of consumer confusion under trademark law.

The protection of unregistered trademarks falls under Article 2598 of the Civil Code regulating unfair competition, which affords protection only where an identical or similar mark is used by a competitor in such a way as to create a risk of confusion among consumers.

Under Legislative Decree 30/2005, a rights holder may continue use of a prior unregistered trademark in the presence of a subsequent registered trademark and may even seek to bar the use and registration of the later mark. Specifically, Article 12 1(a) of the Industrial Property Code provides that a sign cannot be registered as a trademark if an identical or confusingly similar unregistered sign exists for the same or similar goods or services and there is a likelihood of confusion. However, the same provision goes on to clarify that where the prior unregistered mark does not enjoy a qualified reputation or if that reputation is only local, it will not bar a subsequent trademark registration and the two marks will factually coexist, with the unregistered mark limited to use within its local jurisdiction only. Therefore, the most critical aspect for determining the scope of protection for unregistered trademarks lies in establishing whether such marks have a qualified reputation beyond local use.

Pursuant to Article 28 of the Industrial Property Code, only registered trademarks benefit from the principle of acquiescence: “The proprietor of an earlier trademark… and the owner of a right of prior use that is known not only locally, who for five consecutive years has been aware of and tolerated the use of a registered identical or similar trade mark, may not seek a declaration of invalidity of the later registered mark or oppose its use on the basis of its earlier trade mark.”

Evidently, in order to qualify for protection beyond the restrictions of continued local use and benefit from nationwide rights, rights holders must prove that use and knowledge of their earlier trademark is effective, distinctive and not merely local.

On April 18 2016, in a case involving two winemakers operating in neighbouring municipalities under the same surname and unregistered trademark ROAGNA, the Court of Turin found no infringement and ruled to allow the coexistence of the identical marks on the grounds that concurrent use had lasted for over 20 years without reciprocal objections or apparent confusion in the market. To reach this decision, the court took a clear but surprising position on three issues regarding unregistered marks.

First, it found that the traceability indications on the products’ labels had sufficient differentiating elements. Applying Article 2598 of the Civil Code, the judge concluded that if “consumers, despite the identity of the signs, are able to distinguish the origin of the products from two different producers, we shall rule out such risk of confusion”. Indeed, the court ruled out such risk on the grounds that the ROAGNA wines varied in price and therefore target consumers, and both labels bore an indication of the winemaker’s name, which had enabled their peaceful coexistence for such a long time.

Second, the court held that online promotion extends the use of an unregistered trademark. Applying Article 12 of the Industrial Property Code, it limited the definition of ‘local use’ to marginal cases, stating that nowadays “advertising and the growing mobility of consumers substantially restrict the cases of merely local knowledge; because they make it easy and ‘normal’ that a product distinguished by a mark, even if mainly (or only) marketed locally, is nevertheless known also outside such territory”. The court concluded that use is not local when products are promoted and sold in a region or province. As such, rights holders may bypass the obstacle of local knowledge by promoting their trademarks through social media, which is both cheap and able to reach a wider public.

Finally, the court ruled that acquiescence also applies to unregistered trademarks. It held that the plaintiff could not bring an action against the defendant after over 20 years of wilful tolerance of its use of the identical mark. The judge stated: “The rationale of acquiescence… is to consolidate factual situations by confirming those situations also legally and, thus, eliminate a state of uncertainty. With regards to distinctive signs it should also be considered that allowing that a long-standing distinctive sign be exposed to an invalidity or infringement action would mean to frustrate those investments made over the years by the owner of the sign (and ultimately allow a ‘free’ loss of wealth); not to mention that these investments could unduly – and also ‘maliciously’ – be taken advantage of by the person who, being aware of the existence of the other mark, deliberately permits that the goodwill of that sign grow in the marketplace, through promotional and advertising investments, and later ‘steals’ that goodwill after having eliminated the competing sign from the marketplace.”

Since Article 28 of the Industrial Property Code cannot be applied by analogy to unregistered trademarks, the court’s decision turned on general principles of law, including legal certainty, protection of business investments and combating parasitic initiatives, which are typical of unfair competition.

On May 13 2016 the Supreme Court considered a similar case involving use of the unregistered family name BELLUSSI by two winemakers. The plaintiff was well known for marketing prestigious sparkling wines nationally and internationally, and had owned registered trademarks since 1983. The defendant, a smaller business, had used the same family name locally since the 1970s, allegedly as an unregistered trademark. As in the previous case, the names of the winemakers appeared on all product labels, as required by law.

The plaintiff claimed that when the defendant started to use BELLUSSI as a prominent mark on its product labels and sell its wine online through domain names comprising the BELLUSSI mark, the defendant’s prior local use of a business name became national use of an identical mark. The Venice Court of First Instance upheld the plaintiff’s claim of infringement and prohibited the defendant’s use of the BELLUSSI mark and domain name, ordering the withdrawal from the market of all bottles distinguished by such mark, the publication of the decision and a penalty for future infringements.

The Venice Court of Appeal partially overruled this decision. It held that the defendant had the right to continue using BELLUSSI as a trademark in light of its prior use, which was deemed not only local, but also regional and national. However, the court upheld that – given the global reach of the Internet – the defendant could not use the BELLUSSI domain names on the grounds that this would reach a wider audience than its prior use of the mark alone had done, freeriding on the plaintiff’s nationally and internationally registered trademark and risking unlimited confusion on the market.

The case was raised before the Supreme Court, which focused on whether the use of a trademark in a business name, which appears on the wine label as required by law, could be considered use of a distinctive mark and allow its user to enjoy rights as a prior user of an unregistered trademark. The court found that despite the principle of unity of distinctive signs, use of a sign as a business name does not automatically grant its user the right to prior use as an unregistered trademark, unless all the legal requirements – distinctiveness of the mark, knowledge of the mark in the market and the territorial scope of the mark’s use – are proven.

The Supreme Court also considered the coexistence of trademarks corresponding to family names in the wine industry in a February 4 2016 decision, which upheld the Turin Court of Appeal decision finding that the RENZO CASTELLA mark, used for the same type of wine by a neighbouring competitor, did not infringe the registered rights on the mark CASTELLA.

The court stated: “In the specific wine sector, often times companies selling the same product are managed by homonymous persons, who use their name as a business name or a trade mark. Therefore, since – in the specific production sector – the patronymic has a lower distinctive character, the addition of a personal name to the surname, especially if accompanied by other descriptive elements, is sufficient to exclude the risk of confusion of the distinctive signs of the different companies.”

Centuries-old Italian family names are often used as trademarks for wine. Even when a national company is acquired, the Italian surname remains a valuable brand asset. Often, identical family names belong to several producers of the same type of wine in the same area. Until some decades ago, peaceful coexistence of such identical marks for identical products was possible – families knew one another and distinguished their products through graphically different labels and different consumer targets. The Internet has changed this. A website corresponding to the family name can give rise to confusion in the virtual and global markets, where marks are searched as words only, and graphical differences make no distinction. The case law seems to address this phenomenon by consenting, with minimum adjustments, to the coexistence of identical marks for identical goods, based on various legal grounds, and considers the wine industry as an anomaly, with peculiar rules that would probably not apply to other sectors. 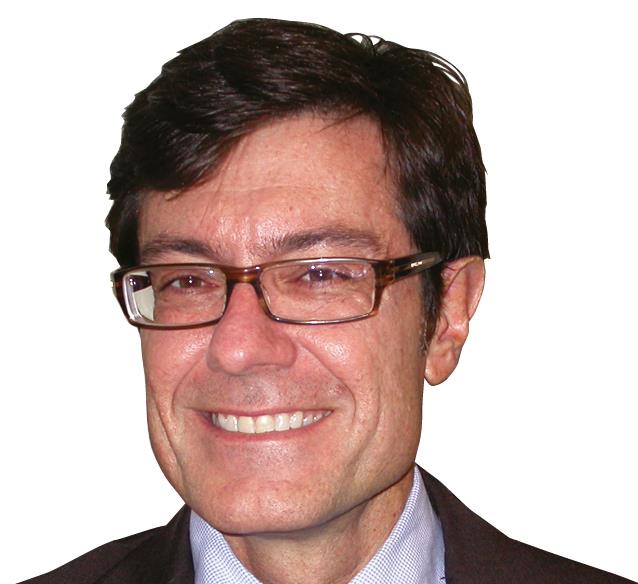 Alessandro Mannini is the manager of Bugnion’s Florence office. He is a registered Italian and EU trademark and design attorney. Mr Mannini has worked in the field of intellectual property since 1990, mostly counselling on trademark-related matters. He has lectured on IP issues on behalf of the European Patent Academy and Bocconi University. 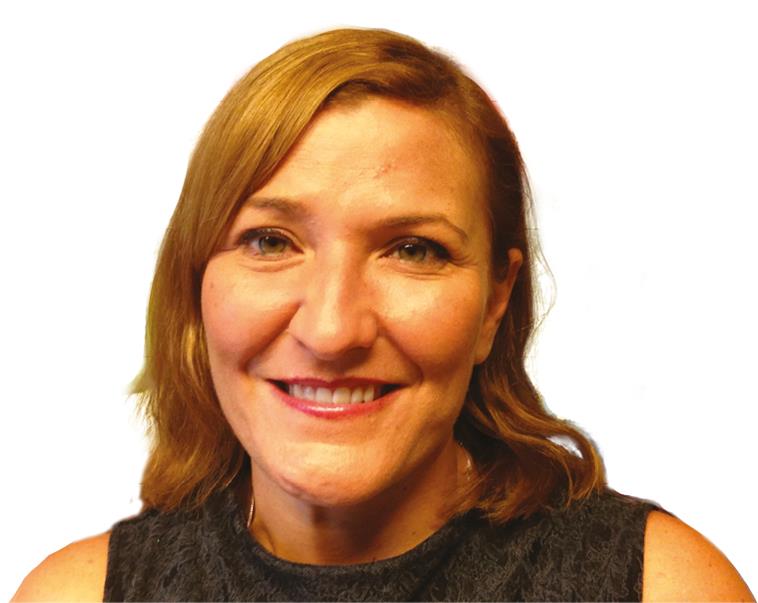 Paola Stefanelli is a registered Italian and EU trademark and design attorney. She graduated in Anglo-American law at the University of Florence with a scholarship at the New York University School of Law. Ms Stefanelli has worked in the field of intellectual property since 2000, focusing on trademarks, designs, designation of origins, georgraphical indications and IP enforcement.