There are now over 3 million ‘.it’ domain names, making it vital that disputes be resolved swiftly and cost effectively. A review of cases decided last year provides a snapshot of case law in this area

There are five dispute resolution service providers in Italy, among which the Milan Chamber of Arbitration is the most productive.

In most of the 2016 decisions (21), the panels upheld the complaint and ordered the transfer of the contested domain name to the complainant; the complaint was rejected in only five decisions.

The procedure for reassigning a domain name in the ‘.it’ ccTLD is based on the Internet Corporation for Assigned Names and Numbers’ Uniform Domain Name Dispute Resolution Policy (UDRP), which is why panels often refer to World Intellectual Property Organisation (WIPO) jurisprudence in their decisions. Unlike the UDRP, the Italian procedure provides for an initial mandatory stage involving the filing of a challenge (opposition) which – if successful – results in the contested domain being suspended so that it cannot be transferred to a third party. This is designed to give the parties time to settle the dispute.

Split holdings over AS Roma domains

The decision in a case involving the domain name ‘as.roma.it’ addressed the registration of a third-level domain for the first time in Italian case law. The panel refused to transfer the domain name, considering that it was not identical or confusingly similar to the trademark AS ROMA owned by the complainant, AS Roma SpA, which manages the famous Italian football team. The appointed single panellist stated that the assessment of confusing similarity should be conducted with regard to the registrable part of the domain name (ie, the third-level domain ‘as’), and should disregard the second-level domain ‘roma’, which was managed by the ‘.it’ registry and was not registrable. As a result, the comparison was made not between ‘as.roma.it’ and ‘a.s.roma’, but rather between ‘as’ and ‘a.s.roma’. Since ‘as’ – which stands for associazione sportiva (sports association) – was insufficiently distinctive, the panel concluded that there was no confusing similarity between the disputed signs.

Since the standing requirement under the first element was not satisfied, the decision thus went against the complainant. This was despite the fact that the disputed domain name was registered with the clear intention of attracting internet users for commercial purposes by taking advantage of the well-known mark AS ROMA. In fact, the website to which the contested domain was directed contained news and information about the famous football team and displayed pay-per-click links.

According to the panel, a favourable decision would have granted the complainant an unacceptable monopoly, which would have affected every second-level domain name under ‘roma.it’ composed of two or three letters and containing the letters ‘a’ or ‘s’.

The panel’s view in this case appears extremely strict, since it was not disputed that the trademark AS ROMA was clearly recognisable as such within the domain name as a whole.

A case involving the domain name ‘accademiacignaroli.it’ ended in its transfer – although it was anything but straightforward. The parties were two cultural institutions of Verona – an academy (complainant) and a foundation (respondent). The disputed domain name was registered in 2012 by the complainant and a change of ownership occurred in 2013 in favour of the respondent upon the request of an individual who at that time was the legal representative of both the academy and the foundation. Following an examination of the documents and materials submitted by the parties, the single panellist concluded that there was no valid title for the domain name transfer, meaning that the change in registrant data had been requested illegitimately. This was interpreted as evidence of bad faith. Another circumstance indicating the registrant’s bad faith was the fact that the domain name had been used merely to redirect users to the respondent’s official website.

While the outcome appears reasonable and logical, in fact it far exceeded the limits of an ADR procedure because it involved a decision on controversial facts which should have decided by a judicial authority. The UDRP – as set out in 1999 and applied by WIPO’s panels – should be used in clear-cut cases only, where the three elements requested for the transfer can be easily proved by the facts, evidence and documents filed by the parties. In this case, with regard to the change of ownership of the domain, it was unclear whether the domain name was also included among the assets subject to assignment from the academy to the foundation (a document entitled “A Sworn Report of Evaluation of the Asset Value of the Goodwill” ambiguously mentioned the provider of the domain name, which might have suggested that the parties were actually willing to transfer it).

Can licensees or resellers use marks in domain names?

Two cases which addressed whether an authorised sales or service agent of trademarked goods can use a trademark in its domain name resulted in opposing decisions.

In a decision involving ‘bicgraphic.it’, the domain name had been registered by an authorised BIC Graphic dealer and linked to a website offering original goods carrying the BIC mark manufactured by the complainant, Bic Graphic Europe. The panel ascertained the existence of a right or legitimate interest in the domain name in favour of the respondent, on the grounds that a reseller or official distributor of goods or services distinguished by a trademark can use a domain name corresponding to that mark, provided that all of the requirements set out in the famous decision Oki Data Americas, Inc v ASD, Inc (WIPO Case D2001-0903) are met.

The panel held that in this instance all conditions had been met – in particular, the following:

However, the UDRP panel reached a different conclusion in a case concerning the domain name ‘orazioluciano.it’. In this case the website to which the contested domain name was directed offered for sale not only clothing articles bearing the mark ORAZIO LUCIANO (the complainant’s trademark), but also other branded goods. This fact was interpreted as evidence of bad faith, since it created a likelihood of confusion with the complainant’s mark as to the source, sponsorship, affiliation or endorsement of the website and the goods promoted and offered for sale on it.

In a case heard by the Chamber of Arbitration of Milan and decided on July 26 2016 (where the domain name and the parties were not disclosed upon the defendant’s request), the complainant had tolerated the use of the contested domain name for 10 years. However, the panel stated that this acquiescence was irrelevant, as the principle of defending one’s rights applies to trademarks only – where it is undisputed in Italian doctrine and case law – and not to domain names.

Also unfounded was a complaint filed by a Dutch company aimed at obtaining the transfer of the domain name ‘pay.it’, which was highly attractive to the complainant as it was involved in payment services. In this case none of the three conditions was satisfied. The complainant failed to prove that it owned previous trademark rights, that the domain was registered and maintained in bad faith and that the respondent lacked rights or legitimate interests in the disputed domain name. While the complainant’s websites were directed to the Dutch and Benelux public, the contested domain name directed users to a web page showing pay-per-click links genuinely related to the generic meaning of the domain name. This was considered by the panel to constitute fair use of the domain name for commercial purposes without intent to misleadingly divert consumers. Even if unfounded, the complaint was not considered an abuse of the UDRP.

There are now over 3 million domain names in the ccTLD ‘.it’, meaning that the ccTLD ranks sixth among those of EU member states and ninth in the world. Given this, the fact that a mere 32 disputes were resolved in 2016 might suggest that the level of infringement of prior rights is low. However, it is more likely a reflection of rights holders’ failure to address violations because they are unaware of how crucial it is to protect their rights online. 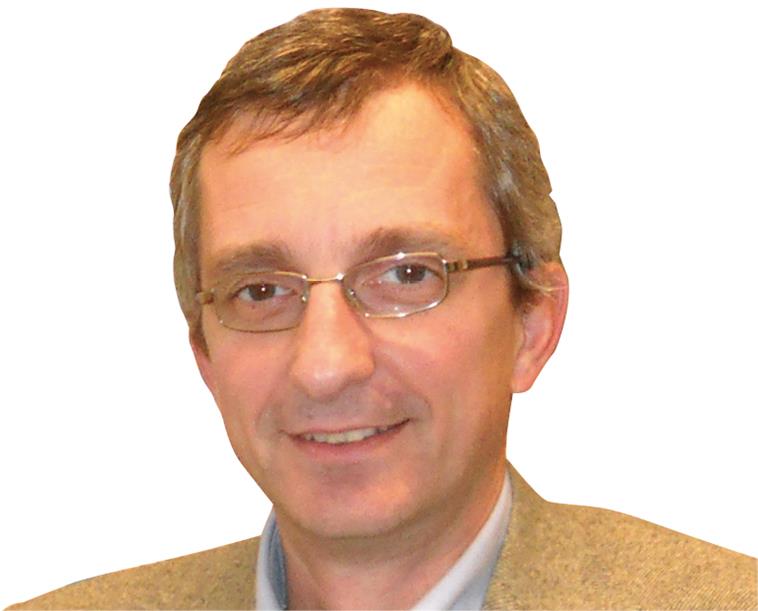 Paolo Di Mella is an Italian and EU trademark attorney. He deals with matters regarding trademarks (filing, prosecution, out-of-court disputes), the Internet and domain names, copyright and designs. He is in charge of the trademark department of the Bologna office, and of the firm’s internet department.