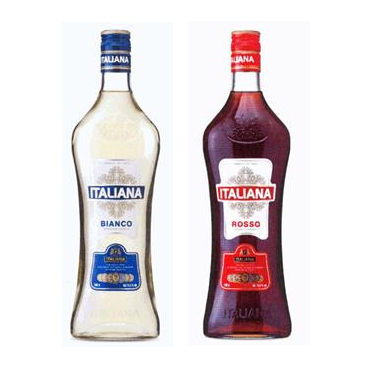 Bacardi based its claim on the following trademarks and design: 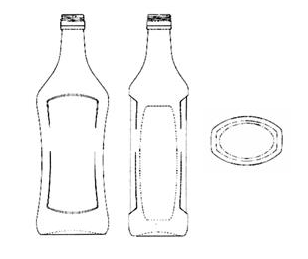 The claim was based on Articles 7(1)(2), 7(1)(6) and 7(3) of the Law on Trademarks of the Republic of Lithuania, which provide that a trademark registration shall be declared invalid:

On May 18 2015 the Vilnius District Court dismissed the claim, holding that the registrations for the trademarks ITALIANA ROSSO and ITALIANA BIANCO were valid in Lithuania.

In its decision, the Appeal Division followed the European courts’ practice and the national Methodical Guidelines on the Assessment of Similarity and Identity of Trade and Services Marks, and concluded that the compared trademarks were dissimilar, because the word ‘Martini’ dominated the overall composition of the plaintiff’s trademark, while the word ‘Italiana’ dominated that of the defendant’s trademarks and bottle; these words were also used on the caps and body of the bottles. The Appeal Division also noted that the compared labels contained different word, colour and figurative elements, and created a different overall impression. The court determined that the trademarks differed visually, phonetically and semantically due to the differences in their distinctive and dominant components and overall impression. The court also referred to public survey results, in which the respondents stated that the most important elements which differentiated the bottles were the word marks on the products, the labels, the form of the bottles and the colours, while other elements, such as the caps and the ornamentations on the bottles, were of less importance.

When assessing the similarity of the defendant’s trademarks to the registered design, the court agreed with the defendant’s arguments that the freedom of the designer when creating a bottle design is limited by technical requirements, and that this should be taken into account when assessing the individual characteristics of the bottles. The court analysed the form of the bottles, their indentations and convexities, and concluded that the parties’ bottles created different overall impressions and that the defendant’s trademarks were not similar to the plaintiff’s design.

With regard to the plaintiff’s argument that the defendant had unfair intentions, the court stated that this argument is a last resort when seeking to defend trademark rights and that such claim is not intended to cover all cases which do not fall within the other invalidation grounds provided by Article 7 of the Law on Trademarks.

The court noted that, although one of the bad-faith criteria is the fact that the applicant knew of the other party’s rights to that sign when filing a trademark application, that circumstance alone is not sufficient. Given that no similarity had been found between the defendant’s marks and the plaintiff’s trademarks and design, there was no legal basis for concluding that the defendant had acted in bad faith when filing the trademark application.

The plaintiff, relying on the Law on Competition, also alleged that the defendant had committed unfair competition acts. The court referred to the court practice whereby unfair competition acts are defined as acts through which the defendant benefits from the reputation of other entities, the imitation of goods and the misleading of consumers. Taking into account the long-term (12 years) and consistent use and registration of the defendant’s ITALIANA trademarks and bottle designs, there was no ground to infer that the defendant free-rode on the reputation of the plaintiff and its trademarks in order to market its products.

Based on the foregoing, the Vilnius District Court concluded that the plaintiff’s claim should be dismissed in its entirety and that the trademarks ITALIANA ROSSO and ITALIANA BIANCO were valid.