In Application to Register Device Mark 239676 in the name of Azrieli Group Ltd (September 16 2015), the Israel Patent and Trademark Office (IPTO) (through IP adjudicator Bracha) has refused to register a three-dimensional (3D) mark representing a work of architecture – a shopping mall building – in respect of buildings and of a variety of services. The IPTO held that the applicant had failed to prove that the 3D sign functioned as a trademark and had acquired distinctiveness as such.

The application was refused by the examiner due to a lack of distinctive character. After a hearing, the IP adjudicator upheld the examiner's position, holding that the mark was not eligible for registration, as it had not been shown that the sign served as a trademark or that it had acquired a distinctive character through use, either in respect of buildings or in respect of the services at issue.

In her decision, the IP adjudicator pointed out that, while a copyrighted work – including a work of architecture, protectable under the Israeli Copyright Law (5768-2007) – may be eligible for trademark protection, such protection must be granted with caution, so as not to circumvent the limitations of copyright protection as to term and scope.

The adjudicator reiterated the court-made rules concerning the registrability as a trademark of a 3D sign consisting of a product configuration:

As to whether an architectural building may in fact function as a trademark, the applicant argued that the two buildings at issue – the shopping malls in the Israeli towns of Acre and Kiryat Ata – indeed served such a function. 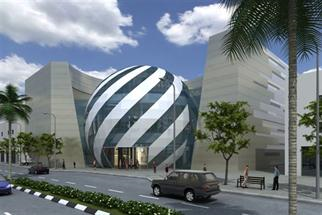 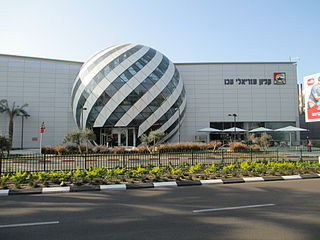 For the sake of clarity, the adjudicator analysed the function and distinctiveness of the mark separately in respect of goods (buildings) and in respect of services.

The adjudicator took notice of US registrations for buildings as trademarks, observing that:

The adjudicator deemed that the applicant’s evidence of use of the mark was insufficient to establish trademark use (it was noted that most of the use related to the two-dimensional image, whereas the distribution of 3D copies was not described in sufficient detail and did not target consumers). Accordingly, as the mark was not shown to function as a trademark, it could not have acquired a secondary meaning.

A consumer survey – which showed that a high percentage of the respondents from the north of Israel recognised the building and over half of the respondents knew that the building was one of the applicant’s malls – was not deemed to show public recognition of the building as a trademark, but merely recognition of the building as a local landmark and as the applicant’s product rather than its trademark; the structure of the survey was also criticised. Drawing on the US Supreme Court ruling in The Rock and Roll Hall of Fame and Museum Inc v Gentile Productions (134 F 3d 749), the adjudicator held that the mark was not readily perceived by the public as a mark even if used on goods, and all the more so if used as a building.

The adjudicator also observed that the applicant’s claim regarding the uniqueness of the building and its distinctive character was inaccurate, given that there was at least one additional building that was round in shape and had glass walls, located at the Weizmann Institute of Science. 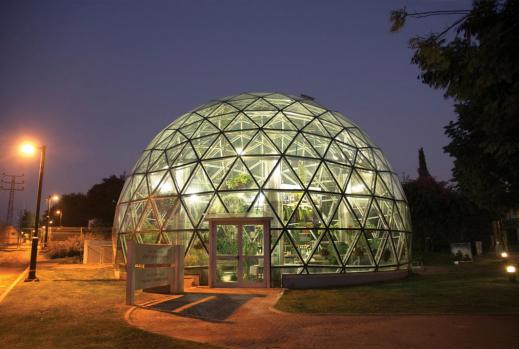 It was further held that the applicant had not demonstrated that the mark served as a trademark, or that it had acquired distinctiveness, in respect of services.

The mark was accordingly refused registration.