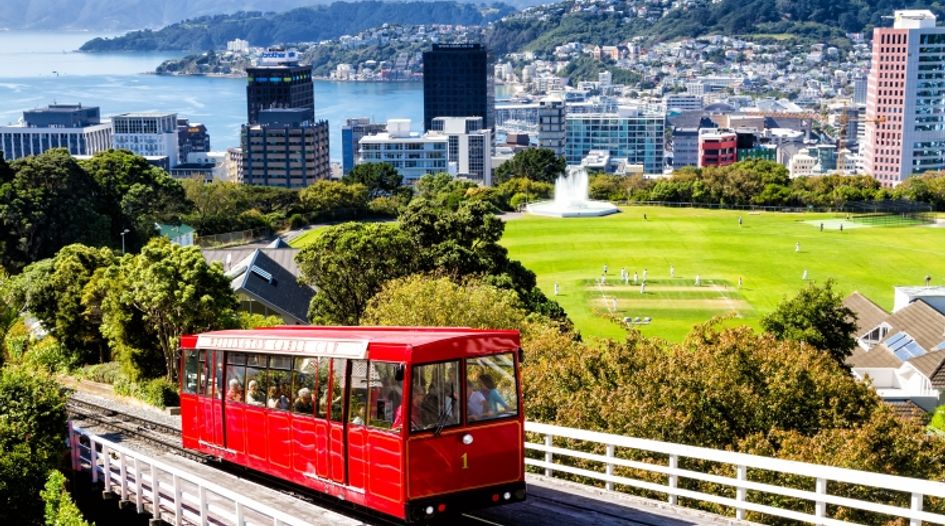 Every Tuesday and Friday, WTR presents a round-up of news, developments and insights from across the trademark sphere. In our latest edition, we look at research which finds that brands are largely ignoring the over-50s market, Stella McCartney prevailing in a trademark dispute, Lego being named the UK’s favourite brand, the Mexico IP Office announcing a new electronic notification service, and much more. Coverage this time from Trevor Little (TL), Adam Houldsworth (AH), Bridget Diakun (BD) and Tim Lince (TJL).

Brands are overlooking the 50-plus market – Marketing Week has reported that brands are largely ignoring the over-50s market in the UK, which is not only a missed opportunity but can also serve to damage a brand’s image. There are more than 23 million people who are aged over 50 in the UK and this population has the highest level of disposable income. Yet, over-50s have commented that ads are focusing on their age – and not in a good way. One individual says that the advertisements appearing on his Instagram feed are for items such as walk-in baths. It seems that marketing teams have not evolved their approach to account for the modern 50-year old, who are generally healthier and more active than in the past. A study by Gransnet and Mumsnet showed that ‘78% of those aged 50 or over feel under-represented or misrepresented by advertising’, with ‘49% saying they actively avoid brands who ignore them’. Some companies have chosen to ignore the age narrative when approaching consumers, such as Microsoft. Instead, the team at Microsoft uses tech savviness as a way to target consumers. At the end of the day this research shows the importance of ditching traditional advertising in lieu of creative marketing campaigns. (BD)

Corsearch receives new investment – Yukon Partners, a provider of mezzanine capital for middle-market private equity transactions, has announced its investment in trademark clearance and protection solutions company Corsearch. While the amount of the deal was not disclosed, Yukon states that its mezzanine capital investment will “support Corsearch’s acquisition strategy to acquire complementary businesses that enhance and expand the Company’s suite of brand management solutions”. Reflecting on the investment, Michael Furey, partner of Yukon, stated: “Corsearch is a leader in the trademark information industry, providing critical solutions to its corporate and legal clients. We are excited to partner with management to assist Corsearch in achieving its strategic growth objectives.” (TL)

Lego maintains ranking as the UK’s favourite brand – Superbrand has named Lego as Britain’s favourite brand, the second year it has received this title (having overtaken British Airways last year). The Superbrands index is created by surveying 2,500 British shoppers and industry experts to evaluate 1,500 brands based on quality, reliability and distinction. Rounding out the top three were Apple and Gillette. Although Amazon did not crack the top 10, it ranked the highest on the relevancy index. (BD)

More than $200K in fake designer goods seized at airport – Over 450 counterfeit designer caps, which if genuine would be worth $207,000, have been seized by Customs and Border Protection officers at Washington Dulles International Airport. In mid-March, officers found fake versions of Chanel, LV Supreme, Gucci, Adidas and Louis Vuitton hats, while investigating two shipments of designer hats from China and Hong Kong respectively, it has been reported. (AH)

Signify IP becomes Turnstone – Dutch trademark agency has rebranded and as of today (9 April 2019) becomes Turnstone. Partner Merel Kamp explains: “With the growth of our firm we also felt the need to take steps in the area of our outward presentation. Simultaneously we are introducing a new name, corporate identity and website. The name of Turnstone projects a solid image, but the nice thing is that it also refers to a light and beautiful seabird, which can be found on many shores in the Low Countries. The turnstone is a compact bird, but it is strong and able to cross the Atlantic Ocean in one haul. We really loved that association, and it goes without saying that under our new name, we shall again leave no stone unturned for our clients.” (TL)

Companies turn to Amazon as an advertising platform – Amazon is currently testing an advertising tool with a number of clients in Australia. The tech giant reportedly doubled its advertising revenue last year, positioning it to compete more fiercely with Google and Facebook for digital ad spend. The platform is attractive to advertise on, as Amazon’s advertising tool uses data on the shopping habits of customers to allow for highly targeted marketing. This news also comes in light of research by Kantar, which reports that ‘54% of UK consumers object to being targeted based on their past online activity and 55% are completely apathetic towards advertising content’. However, 44% of participants say they enjoy ads that are directly relevant, with 61% saying they ‘prefer to see ads relevant to their particular interests’. Only time will tell whether Amazon Advertising is able to achieve the balance of getting the right ads to the right people, without being interpreted as overbearing or intrusive. (BD)

Stella McCartney wins “Fur Free Fur” trademark dispute – Vegetarian luxury brand Stella McCartney has prevailed in a two-year dispute over the right to register “Fur Free Fur” as a US trademark. The USPTO initially determined that the phrase did not qualify for protection, because it merely described the McCartney’s garments rather than indicating their source of origin. In June 2018, the company appealed the case to the office’s Trademark Review and Appeal Board. The company’s counsel argued that the mark only “obliquely suggests information about the goods” because it “is comprised of terms that, when taken together, present an incongruous and circular meaning... that requires additional thought” by the consumer. A majority of administrative judges agreed, ruling that the use of “fur” in two distinct senses would “give consumers pause” and was not therefore a mere description, it has been reported. (AH)

Estonia launches new online trademark offerings – The Estonian Patent Office (EPA) has released enhanced features on its Back Office and Front Office systems for filing trademarks online. The EUIPO reports that the implementation went live on 1 April 2019, coinciding with the date when the amendments to the Directive harmonising trademark law in the EU Member States entered into force in Estonia. This release comes as a result of the work carried out by the EUIPO and its partners under the European Cooperation Projects, in particular the project ‘ECP2 Major Improvements to Back Office’ (which “supports IP Offices to make the main business processes for designs and trademarks more efficient, reliable and user-friendly”). (TL)

Mexico IPO announces electronic notification service – According to a press release, the General Director of the Mexican Institute of Industrial Property (IMPI), Juan Lozano, has confirmed the launch of an electronic notification service, claiming users “will no longer have to wait to receive official communications by postal mail” and instead be notified by email. On top of that, Lozano “stressed that this is the first of many actions of the IMPI for the benefit of creators and entrepreneurs to facilitate the procedures by electronic means” and that users “will save time and unnecessary trips, which they still had to do, even though they already had the technology to avoid it”. The move will cover all patent and trademark communications, and is a positive one for users who want to avoid both paperwork and waiting times. (TJL)

IPONZ fee change moves forward – The Intellectual Property Office of New Zealand (IPONZ) has confirmed that, following a public consultation on proposals to change some of its fees, the New Zealand Cabinet has approved the resulting proposals. The fee changes include “introducing discounted trademark application fees for applicants who use IPONZ’s ‘search and preliminary advice’ reports and classification picklist” and “simplifying trade mark application processes by phasing out separate services for ‘search’ and ‘preliminary advice’ reports”. The new fees are expected to implemented in the third quarter of 2019. (TJL)

Attorneys plot Game Of Thrones viewing during INTA Annual Meeting – In a tweet last week, Rebecca Crandall, an IP attorney at McGuire Wood & Bissette, pointed out that the eagerly anticipated final episode of Game of Thrones airs on the Sunday night of next month’s INTA Annual Meeting. The tweet led another attorney, Stubbs Alderton attorney Heather Antoine, to joke that she cannot be in Boston during the major television event, saying: “I have to watch it at home, with the lights off and volume way up, with a glass of scotch in hand, and no distractions (phone on airplane mode). What shall I do now?” Indeed, the question now will be whether there will a Game of Thrones viewing party arranged for delegates and fans of the HBO series to watch the finale. For law firms seeking a reception differentiator, perhaps a Westeros-themed bash would prove a hit. (TJL)

Baylos hires industry heavyweight – Madrid-based IP firm Baylos has announced the hiring of Alberto Casado Cerviño, former vice president of the European Patent Office (2012-2018), director of the SPTO (2008-2012) and former vice president of OHIM (now the EUIPO) from its foundation in 1994 until 2004. The announcement follows the firm’s recent merger with FJF Legal, a move which has seen it triple in size over the past year. (TL)