IP Court clarifies partial refusal due to risk of confusion

In the decision of the Court for Intellectual Property Rights dated 6 February 2022 in Case SIP-1152/2021, the trademark owner learned that Rospatent did not register his mark (No 826493) in relation to all the goods that were indicated in the application. Some of them were refused due to being confusingly similar to the previously registered trademark (No 658784). The copyright holder tried to challenge the partial refusal of registration, but to no avail. 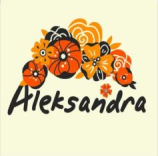 Rospatent also referred to the fact that contesting the decision is not an appropriate way to protect a violated right and cannot lead to the restoration of rights. Rospatent pointed out that since legal protection for a trademark had already been granted, the right holder cannot exercise the right granted by Clause 1 of Article 1500 of the Civil Code of the Russian Federation. This possibility exists only before the registration of the mark. The mechanism for challenging the protection is specified in articles 1512 and 1513 of the Civil Code of the Russian Federation.

The IP Court, considering this argument, noted that Rospatent misinterpreted the applicability of the two methods of challenging the decision to register a trademark. According to Rospatent, to challenge the decision to register a mark in accordance with Paragraph 1 of Article 1500 of the Civil Code of the Russian Federation is impossible if the mark has already been registered, even if such a decision contains a refusal in relation to some part of the goods or services.

At the same time, such a non-normative legal act actually contains two decisions - on the registration of a mark in relation to some goods, and on the refusal to register in relation to others. Indeed, if the mark is registered, an exclusive right arises to it, and the subsequent challenge to protection of it can be carried out by another person (not the applicant) in accordance with articles 1512 and 1513 of the Civil Code of the Russian Federation.

However, if the registration is denied, the exclusive right does not arise, and the applicant retains the right to challenge the decision regarding the refusal to register the claimed designation on the basis of Article 1500 of the Civil Code before the expiration of the period established by law (four months from the date of sending the decision to the applicant).

Since the opposing trademark was the only obstacle to the registration of the disputed mark, the court reversed the decision of Rospatent, emphasising that the state body could not take into account the future termination of legal protection; therefore the cancellation of the decision does not indicate its illegality.

It should be noted that this trend was recently reflected by the IP Court in one of the private definitions due to the systematic mistakes of Rospatent in similar situations. The court noted that the position of Rospatent is “obviously erroneous and contrary to both the law and common sense”,  and that the proper way to protect a mark if the right holder disagrees with a partial refusal is to challenge the granting of legal protection to their own mark in accordance with articles 1512 and 1513 of the Civil Code of the Russian Federation.  These norms:

Thus, the court concluded that the application of this procedure cannot lead to the restoration of rights that the right holder considers violated.