A new study from the International Trademark Association (INTA) reveals that member registrations in new generic top-level domains (gTLDs) have been “overwhelmingly made for defensive purposes”. Respondents are spending an average of $150,000 a year on defensive domain actions, with internet monitoring and diversion actions the largest line item.

The study was a first of its kind effort to collect data on new gTLD spend and 33 INTA members supplied detailed cost information for 2015 and 2016. As noted, on average respondents spent $150,000 a year on defensive actions, with costs specific to new TLDs comprising about one-seventh of the total. This proportion is likely to rise in the future as more gTLDs are launched, the survey period having focused on the early years of the online expansion programme.

One contentious aspect of the new gTLDS programme has been premium pricing; 67% of respondents reported that they had been affected by the practice to some degree. However, 15% refuse to pay premium pricing as a matter of course, while 6% pay for their key marks only.

Reflecting on rights protection mechanisms (RPMs), one respondent concluded: “We support the idea of having RPMs; however, given the volume of new gTLD real estate created, we do not believe that the balance has been struck correctly between the high cost and limited effectiveness of the measures.”

Writing in the INTA Bulletin, Mitchell H Stabbe (of Wilkinson Barker Knauer), Alexander JA Garcia and Colleen M Ganin (both Perkins Coie) concluded: “Although brand owners are registering domains in new gTLDs, their main reason for doing so is to prevent infringement, rather than to diversify and make use of these domains. Thus, brand owners have not experienced the benefits that ICANN envisioned when designing the new gTLD programme. Rather, as was feared when it was proposed, the primary impact of the new gTLD programme on trademark owners has been to drive up the cost and challenge of enforcing trademark rights in the domain name system.” 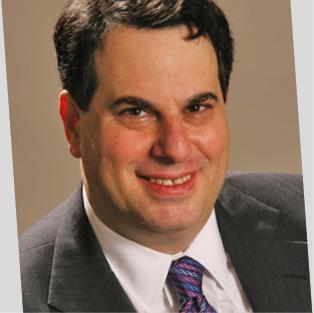 The study tells some interesting stories. Before launch, brand owners were concerned the new gTLDs would be more headache than opportunity. Based on the study, this seems to be a fairly accurate prediction. We can see that most respondents have registered in the new gTLDs, but almost entirely for defensive purposes. Even more telling, there are fewer redirects and even parking pages among these compared to legacy TLDs. In other words, these are seen as valueless registrations. Most respondents registered sparingly in the new gTLDs, not seeing any relevance in most of the new gTLDs. While one could chalk this up to the random nature of survey respondents, that’s actually not the case – 90% of respondents had applied for new gTLDs, far above the typical brand owner. These are the forward thinkers, the domain savvy, the target audience – so new gTLDs are basically a headache for those who grasped the opportunity. And the rest? They couldn’t even be bothered to respond to the survey.