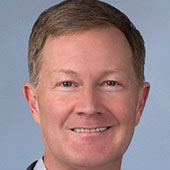 Kevin P Anderson has joined Duane Morris as a partner in the firm’s IP practice group based in Washington DC. He assists clients to develop, protect and capitalise on their intellectual property. Anderson has extensive experience in patent litigation, counselling and licensing, copyrights for technology and computer-related companies and trademark/trade dress infringement. He joins from Wiley Rein, where he was a partner and had been chair of the patent litigation practice.

Preti Flaherty has hired attorney Harley I Lewin to its IP group. Lewin’s practice covers trademarks, copyrights and related property. He will be working from the firm’s Portland and Boston offices.

Tom Feather has been admitted to partnership at Deeth Williams Wall. He has extensive experience of preparing and prosecuting patent, trademark and industrial design applications and preparing IT agreements. 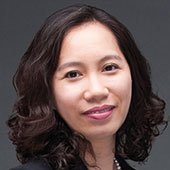 Southeast Asian law firm Tilleke & Gibbins has announced the promotion of two IP attorneys to the firm’s partnership. Linh Thi Mai Nguyen, based in the firm’s Hanoi office, heads the trademark team in Vietnam and draws on more than a decade of experience as IP counsel to owners of world-famous brands. Wiramrudee (Pink) Mokkhavesa is an attorney in Tilleke & Gibbins’ regional IP practice, based in Bangkok. She specialises in IP portfolio strategy and the management and protection of trademark, copyright, patent and other intellectual assets. 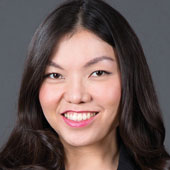 Hogan Lovells has promoted 30 lawyers to the partnership and 47 to counsel, effective 1 January 2019. Four of the partner promotions were in the IP practice – Katie McConnell (in the London office), Stephan Neuhaus (Dusseldorf), Martin Pflüger (Munich) and Christian Tinnefeld (Hamburg). A further six IP specialists have been promoted to counsel.

Californian law firm Hanson Bridgett has recruited Noel Cook as a partner to its IP practice. Joining the outfit’s San Francisco office, Cook is a trademark, design and image rights specialist with a track record in enforcement and licensing. 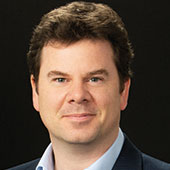 Cooley has grown its IP team with the addition of Charlie Winckworth, who joins in London as a partner. Winckworth advises global clients on the strategic aspects of obtaining, protecting and commercialising IP rights, as well as enforcing them and taking other practical steps to prevent misuse.

Adams and Reese has elected Kristina Montanaro Schrader to partnership. Schrader practises in the firm’s Nashville office and serves as Adams and Reese’s anti-counterfeiting team leader and part of the firm’s global IP team.

Wolf, Greenfield & Sacks has announced the promotion of Hunter D Keeton and Christina M Licursi to shareholders. Keeton focuses his practice on litigation in the areas of patent, trademark, trade dress, copyright, domain name disputes and internet cases, while Licursi specialises in trademark prosecution and litigation, including representing clients before the TTAB and in federal courts across the country.

IP law specialist Patterson & Sheridan has announced that its new office in Waco, Texas is to be headed by a former district attorney, Abel Reyna. Reyna, who spent eight years as a criminal district attorney, has joined the firm as of counsel.

Kilpatrick Townsend & Stockton has announced the opening of an office in Beijing, which will operate as a trademark agency and will primarily support the strategic client needs of US and European-based brands in the China market. Christopher Woods, a co-leader of Kilpatrick Townsend’s Asia practice team and head of the China brands practice, serves as the Beijing office managing partner.

Donaldson + Callif has announced the appointment of Dale Nelson to partner. Nelson was previously vice president and senior IP counsel at Warner Bros; he brings nearly two decades of experience in copyright and trademarks to the Los Angeles-based firm.

Solicitors Peter FitzPatrick and Hannah Smith-Willis are joining the ranks at Powell Gilbert. FitzPatrick was previously at Herbert Smith Freehills, where he was an associate specialising in IP litigation and cybersecurity. Smith-Willis is an IP solicitor with particular expertise in contentious patent work and joins from Fieldfisher.

Dinsmore & Shohl has announced the addition of Lisa Parker Gates, formerly of Baker McKenzie, to its Chicago office as a partner. She specialises in trademark portfolio management and is experienced operating before the TTAB. Parker Gates is one of nine new partners to join the firm across five offices.

Heidi Gorenstein Nigri has joined the professional team of Guerra IP. A graduate of the National Law School of the Federal University of Rio de Janeiro, she has been practising in the IP arena for more than 18 years, managing intangible asset portfolios owned by large to small domestic and international companies operating in different markets.