India: Should domain names receive the same protection as trademarks?

Views differ as to whether domain names should be treated as trademarks. A domain name’s function is to identify the owner and origin of the goods and services being offered, which makes it similar to a trademark. However, the process of acquiring a domain name involves no examination to assess whether the domain name is distinctive or capable of distinguishing itself from the competition. This means that common descriptive words and family names can be registered as domain names, contrary to principles of trademark law. However, in the absence of specific legislation protecting domain names, the judicial thinking in India is that domain names should be protected by applying the principles of trademark law.

In Yahoo! Inc v Akash Arora, the Delhi High Court took the view that trademark law applies equally to domain names. Further, it held that a domain name is not merely an address, but a primary address, and may thus enjoy the same protection which is granted to trademarks.

In Indian TV Independent News Services Pvt Ltd v India Broadcast Live LLC, the court held that descriptive domain names may also benefit from protection, provided that they assume a secondary meaning which identifies them either with particular goods or services or as originating from a particular source.

Satyam Infoway Ltd v Sifynet Solutions Pvt Ltd was the first case on the issue of domain name protection to be decided by the Supreme Court. It involved two businesses which employed variations of the same mark – SIFY – in their respective domain names. The court found that although no law in India explicitly governs domain names, this does not prevent domain names from falling within the purview of the Trademarks Act. Thus, the court determined that domain names are protected under the law of passing off – as set out in the Trademarks Act. The decision in favour of Satyam Infoway was based on the court’s observation that domain names can have all the features of trademarks, and that confusion may arise in the market as a result of identical or similar domain names. In such a situation, a user could be diverted to the website of an unauthorised user with a similar or identical name.

The Supreme Court thus affirmed case law laid down by various high courts in India and established a modicum of certainty with regard to the applicable law.

On the other hand, in a recent decision concerning the domain name ‘shaadi.com’ (‘shaadi’ means ‘marriage’ or ‘matrimony’), the Bombay High Court rejected the plaintiff’s petition to stop a rival matrimonial site from using a similar domain name. The plaintiff had registered SHAADI as a trademark and sought to use this as a basis for action against the defendant, which was using the domain name ‘secondshaadi.com’. In its order, the court held that the word ‘shaadi’ is generic in nature and hence the owner of ‘shaadi.com’ could not prevent others from using the word as a prefix or suffix for their portals. The court observed that if courts allowed monopolies of this nature, this could lead to exclusivity claims over words such as ‘grocery’, ‘secretary’ and ‘investment’ just because some people had set up domain names using those words. The court further observed that a domain name is merely the internet equivalent of a terrestrial address – a place where the registrant stores and displays its information or offers services. It is technically a mnemonic – an easy to recall replacement for the complex IP address of the website. Given that physical addresses such as ‘10 Downing Street’ could never function as trademarks on their own, the same goes for domain names. This decision may have wider ramifications, since the court observed that domain names are mere addresses and not trademarks. Further, it contradicts earlier case law in which courts have held that descriptive words can acquire secondary meaning.

Domain names which include common or descriptive words have been described as invaluable, as they are much easier to find through search engines. However, they seldom qualify for much trademark protection, as seen in two cases involving commonly used descriptive words: mutualfundsindia.com v mutualfundindia.com and kabadibazar.com v Kabaribazar.com. In both cases the court concluded that these words were descriptive of the services offered. Further, the material placed on record fell short of indicating that the words had acquired secondary meaning, which is a precondition for granting protection to a descriptive name. However, the court in naukri.com v Naukari.com took a different view, holding that this domain name was distinctive, as the plaintiff had used a Hindi word with English script. Further, evidence on record showed that the domain name had acquired secondary meaning by virtue of extensive business activities.

In 2005 India opened up the country-code top-level domain ‘.in’ to allow unlimited second-level registrations under ‘.in.’ and unlimited registrations under previously structured zones, such as ‘.co.in’ and ‘.org.in’. INRegistry was created by the National Internet eXchange of India (NIXI) and functions as an autonomous body with primary responsibility for maintaining the ‘.in’ ccTLD. INRegistry does not carry out registrations itself. Instead, it accredits registrars through an open process of selection on the basis of transparent eligibility criteria. To date, over 2.2 million ‘.in’ domain names have been registered.

So far, a number of brand owners have successfully acquired domain names from cybersquatters under the INDRP policy, and it appears that the system is working efficiently and effectively to resolve domain name disputes involving ‘.in’ and ‘.co.in’ domain names – last year over 100 complaints were decided under it.

Although a significant number of cases remain uncontested and are therefore decided ex parte, one interesting case which was strongly contested pertained to a personal name. The dispute arose over the domain name ‘www.sidmallya.in’. The complainant, Siddhartha Mallya, claimed that he was popularly known as ‘Sid Mallya’ and that this name was a distinctive identifying feature for the various services he provided as a professional television host, model, fitness icon, columnist and entrepreneur. The respondent defended its domain name as an abbreviated form of his family business (ie, Si-Sintered, D-Dolomite, M-Minerals, Ally- Alloys and A-Alwar), which dealt with minerals and alloys.

The panel observed that unregistered personal names used in trade or commerce may be protected where the complainant can establish common law rights in the name and provide evidence of use that the name is being used as a distinctive identifier of goods or services. It held that the complainant’s evidence – which included interview excerpts – proved that he had common law rights in the abbreviated name ‘Sid Mallya’, owing to media recognition and various business affiliations. The name had been highly publicised in print media, had garnered a considerable reputation in the market and was associated with the complainant only. Accordingly, the requirements of the INDRP were found to have been satisfied and the dispute was decided in the complainant’s favour.

In another contested case, the International Raffles hotel chain sought the transfer of the domain name ‘www.theraffles.co.in’ from an Indian hotelier (Mahavir Kushawaha) based in Kota, Rajasthan. Kushawaha was running a hotel, The Raffles, in Kota and had also set up a website under the disputed domain name. The respondent asserted his bona fide adoption of the Raffles name, as the word has a dictionary meaning, and disputed the complainant’s claim of prior use of the name in India, as it had no business there.

The panel took account of the fact that the complainant had registered the domain name ‘www.raffles.com’ on December 6 1995 – 17 years before the respondent’s registration of ‘www.theraffles.co.in’ – and had also filed sufficient evidence to show its prior adoption and use of the RAFFLES mark. It therefore decided the dispute in favour of the complainant and ordered the respondent to transfer the domain name. The decision reinforces the principle that reputation is no longer local and that copying a well-known brand without valid justification will be considered bad-faith adoption.

NIXI introduced internationalised domain names (IDNs) to India in 2014. These can include letters or characters which do not belong to the ASCII script, allowing people to register their domain names in local language characters. The main aim was to increase the percentage of internet users using local languages, since only a small minority of the Indian population speaks English. Since 2014, when the IDNs were introduced, internet penetration levels in the country have risen from 18% to 34.8%.

INregistry now supports and is steadily promoting the use of Internet Protocol Version 6 (IPv6) over that of Version 4. IPv6 increases the address space by allowing for 128 bit length, which in turn allows users to create a large number of unique domain names. Examples created so far include ‘bankofindia.com’, ‘mohfw.nic.in’ and ‘unitedbankofindia.com’.

The question of whether trademark owners are given higher protection when it comes to domain name disputes is yet to be settled by the Supreme Court. Overall, generic TLDs provide their owners with a great opportunity to promote their businesses and grow their brands. Brand owners can limit online abuse and fraud by establishing and adhering to strict policies and monitoring misuse of their brands or domain names. This in turn will help to make domain names more desirable and valuable, as they become better recognised and more trusted. 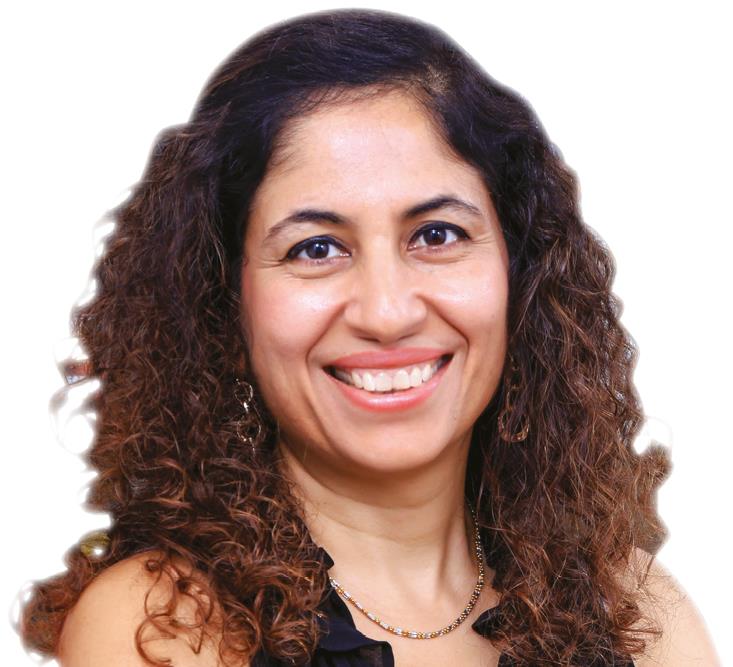