Robust protections exist for fluid marks in India, but there are also a number of challenges to consider

There is growing take-up of fluid marks, which change frequently while remaining identifiable. The strategy of varying a core mark is designed to keep the target audience’s interest alive and lend freshness to the mark.

The best example is Google’s eye-catching doodles. These change on a frequent basis – especially on public holidays, festive seasons and special anniversaries – but are all based on the underlying GOOGLE mark.

Another significant example is the representation of the letter ‘M’ by Melbourne in various ways in order to show the city’s inherent qualities –cultural, sustainable and creative – and its multifaceted nature. The underlying sign M remains the base, while the various changing forms of expression make it look iconic and futuristic.

Thus, trademarks have evolved from static signs to interactive marketing tools. This fluidity helps marks to adapt to changing times and prevents them from appearing archaic. Such fluidity is highly attractive in sectors such as information technology, media and sports.

It is not just devices, but also word marks which can be varied in this way. For example, in 2006 Perrier transformed the word mark PERRIER on its bottles of sparkling water into other words of similar length, including ‘Luckier’, ‘Sassier’, ‘Crazier’, ‘Scarier’, ‘Prettier’ and ‘Riskier’. 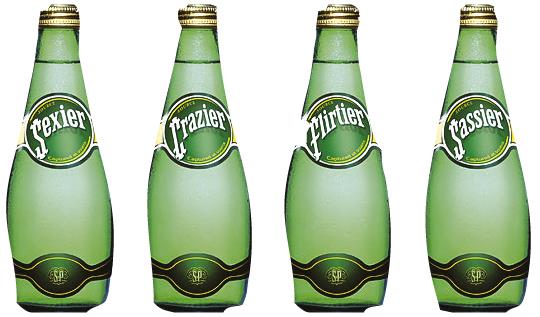 From the trademark law perspective, the most important issue is to provide protection for marks even though they have a short shelf life.

Under Indian law, fluid marks can be registered as a series of marks. This is where several trademarks are registered in respect of the same or similar goods or services – while the marks resemble each other in their material particulars, they can differ with regard to other non-distinctive elements (ie, ornamental changes) which do not substantially affect their identity. Thus, the test is whether the marks in a series are substantially different from one another in such a way that their identity is affected. If this is the case, the application will probably be refused.

Where words are used as changeable elements in fluid marks – as is the case with the Perrier variations – trade dress protection might be an option. Copyright in the artistic elements of the representation should also be considered.

Further, fluid marks are protectable under common law in India while they are being used.

Because of the interactive nature of fluid marks, consumers may come up with their own unique modifications of the underlying mark (eg, on a blog). This could result in the rapid creation of new variations. It is difficult for brand owners to prevent such third-party variations, as it may tarnish their reputation if they enforce their rights against consumers and fans.

Random variations of a mark may lead to consumer confusion. All efforts to create an association between consumers and the brand are futile if consumers cannot identify the original mark.

The above two factors could result in the risk of the underlying mark being weakened or diluted.

If the rights holder indulges itself too much in creating new variations of fluid marks in such a way that excludes uses of the underlying mark, this could also result in the mark being deemed to have been abandoned.

To sum up, while it is a bold decision for a brand owner to create a fluid mark, using and registering a strong mark as the underlying mark is highly advisable. Further, rights holders should consider adopting a signature style without deviating too much from the underlying mark.

Slogans are another category of mark which is extremely important from the marketing perspective. Slogan marks can perform both the trademark and marketing function simultaneously. Clinique Laboratories Inc’s application for the mark BEAUTY ISN’T ABOUT LOOKING YOUNG BUT LOOKING GOOD (Case R 73/1998-2 [1999] ETMR 750) concluded as follows: “The fact that the slogan could be regarded as a promotional text should be considered a positive property of a trademark rather than a negative one, since it serves not only to identify the origin of the goods or services to which it relates but also performs a marketing function in that it draws attention to them.”

The same principles apply to the registration of slogan marks as to other trademarks. They are registrable provided that they are sufficiently distinctive to act as an indication of origin and are thus capable of distinguishing the goods or services of one person from those of another.

One of the hurdles that slogan marks face is that of retaining exclusivity, which results from their descriptive nature. A slogan is generally a combination of common words which describes the goods or services, or praises the company for its goods or services. Due to their descriptive or laudatory nature, it can be difficult for slogan marks to pass the distinctiveness test or act as a source signifier. Therefore, slogans can be refused registration unless they have acquired secondary meaning through use. Due to extensive advertising, particularly online, marks can acquire distinctiveness way too quickly. Descriptive marks can acquire secondary meaning in a far shorter time than was previously the case when only conventional media was available to disseminate information about goods and services.

In Reebok India Company v Gomzi Active (ILR 2006 KAR 3961, 2007 (34) PTC 164 Karn) the Karnataka High Court held that a person claiming the benefit of distinctive usage must establish that its slogan has developed secondary meaning and goodwill. The court considered whether the slogan “I am what I am” had acquired distinctive character as a result of Gomzi’s use. It accepted Reebok’s contention that, as the slogan was a generic phrase, it had not acquired distinctive character in relation to Gomzi’s goods. In setting aside the temporary injunction issued by the trial court, the High Court observed that there was no evidence to infer a likelihood of confusion among consumers, as the registered trademarks of the two parties were totally different and mere use of the common words ‘I am what I am’ would not mislead consumers.

Stokely Van Camp Inc v Heinz India Pvt Ltd involved the disputed use of a slogan in relation to energy drinks. The plaintiff was using the slogan “Rehydrate Replenish Refuel”, which it had registered as a slogan mark, in conjunction with the trademark GATORADE. The defendant was using the expression “Rehydrates fluids; replenishes vital salts; recharges glucose” in relation to an energy drink called Glucon D Isotonik, which it had launched in 2010. The court held that in the sports and energy drink market, words or expressions which are akin to the plaintiff’s slogan mark are not only common, but perhaps necessary in order to describe the characteristics or attributes of such products. Therefore, notwithstanding the fact that a party has obtained registration, if a registered slogan mark or similar expression is used to describe the characteristics of a product within the meaning of Section 30(2)(a) of the Trademarks Act, the user is not guilty of infringement.

In GlaxoSmithKline Consumer Healthcare Ltd (GSK) v Abbott Healthcare Pvt Ltd GSK, which manufactures health food drink powder Horlicks, called upon Abbott – manufacturer of Pediasure, another health food drink powder – to desist from broadcasting an advertisement which used the same theme of “Taller, Stronger and Sharper” as that of GSK. Abbott used the slogan “Tallest, strongest, brightest”. Abbott asserted that when promoting a nutritional drink, it is only natural for the manufacturer to focus on the product’s efficacy in honing physical and mental attributes. Abbott also argued that no manufacturer of a nutritional drink can claim a monopoly over an idea that is generic to the product and is directly connected to its alleged efficacy. The court refused to grant GSK an interim injunction, holding that the manufacturer of a nutritional drink will seek to impress consumers with the drink’s health benefits. Thus, every nutritional drink must be allowed the freedom to emphasise features that may result in a user gaining height, weight or mental clarity.

The above cases demonstrate that when it comes to the protection and enforcement of slogan marks, it must be shown that the combination of words is suggestive of goods and not descriptive. If the slogan merely describes the characteristics of a product, the non-infringement provisions under Section 30 of the Trademarks Act will apply.

Fluid marks and slogan marks are two attractive option for traders in India for interacting with consumers and impressing them with the identity of their brands. If used tactically, they can help to build up brand loyalty, resulting in the creation of goodwill. 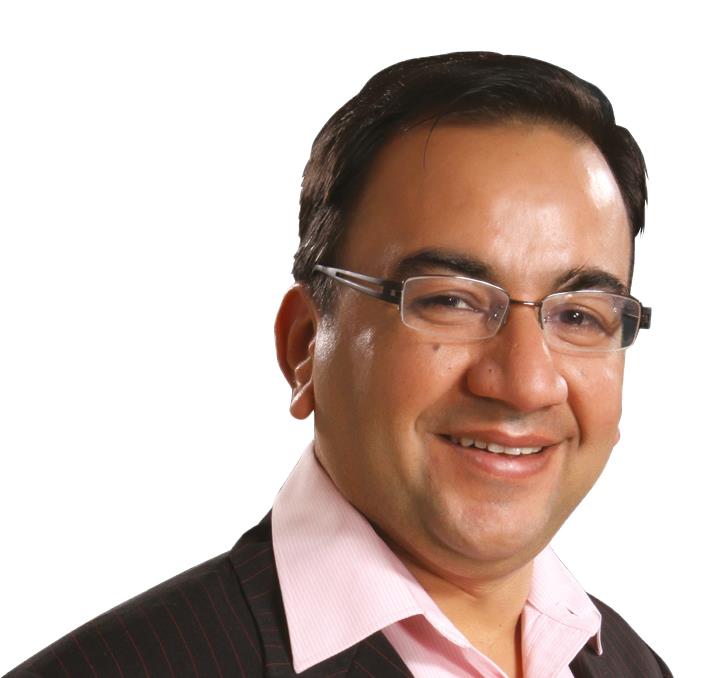 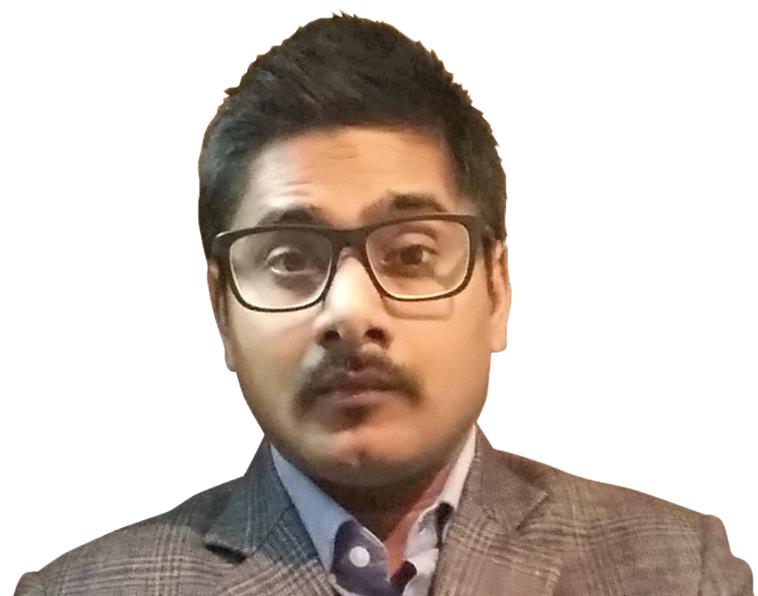