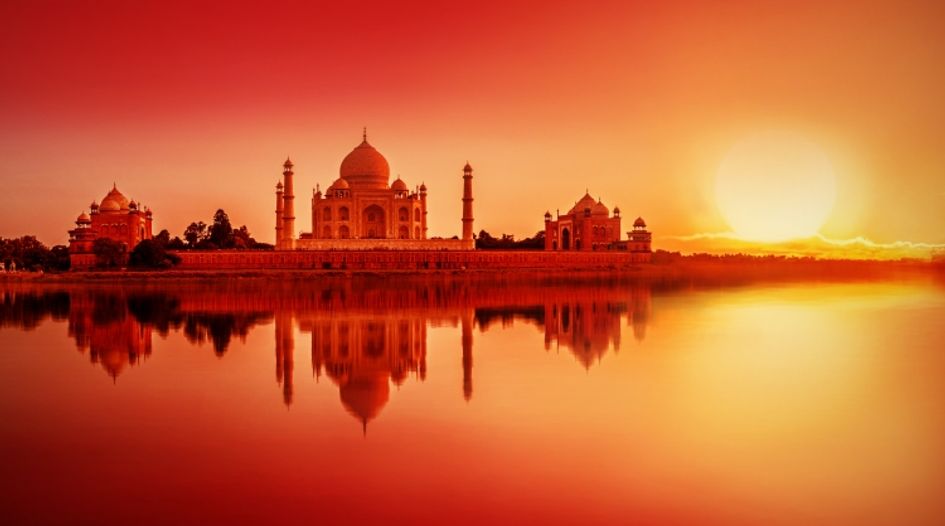 Every Tuesday and Friday, WTR presents a round-up of news, developments and insights from across the trademark sphere. In our latest edition, we look at fakes markets in China being closed during the coronavirus epidemic, Netflix suffering a blow in ‘choose your own adventure’ dispute, Ukraine introducing authenticity stamps to crackdown on fakes, and much more. Coverage this time from Trevor Little (TL), Bridget Diakun (BD), Jonathan Walfisz (JW) and Tim Lince (TJL).

Amazon takes top spot in Brand Intimacy Study for first time – Each year MBLM publishes a Brand Intimacy Study which determines the most intimate brands in the US. It defines brand intimacy as the emotional science that measures the bonds we form with the brands we use and love. Amazon has ranked as the number one brand for the first time since the study began ten years ago. The e-commerce giant pulled ahead of both Disney and Apple, who came in second and third respectively. Automotive brands featured prominently in this list, accounting for four of the top 10. Overall, the top three industries were automotive, media & entertainment, and technology & telecommunications. Notably, the top intimate brands in the US have performed better than other major players in the Fortune 500 and S&P indices in terms of revenue and profit over the past decade. On average, the top 10 most intimate brands reported revenue growth of 6.47% between 2009 and 2018, whereas the top S&P companies experienced 5.16% and Fortune 500 5.08%. In terms of profit, leading intimate brands enjoyed an average growth of 37.69%, compared to 6.99% for S&P companies and 16.43% for Fortune 500. (BD)

India to reassess IP laws before Trump visit – The Indian Union Ministry of Commerce and Industry has started discussions on potential revisions to the country’s IP laws before a visit from Donald Trump, reports Business Today. The widely anticipated trip from the US president is likely related to the decision as Trump is known for touting the importance of the topic to US lobby groups – most clearly demonstrated by the continued US-China tensions over trade and IP theft. The Department of Promotion of Industry and International Trade (DPIIT) has specifically asked stakeholders for their thoughts on the working of patents, pre-grand opposition provisions and the scope of patentability in general. (JW)

Ukraine to introduce authenticity stamps to combat counterfeit alcohol – Ukraine’s government has announced measures to quell the flow of counterfeit alcohol in the country, according to Kyiv Post. On 1 May, a scheme of electronic exercise stamps that will contain barcodes and QR codes on all alcoholic items will be introuced. Producers and distributors will have an online account to keep up to date with their produce, while supermarket cashiers will be able to check the legitimacy of products with a scanner. The scheme is an attempt by the Ukrainian government to fight tax evasion in the alcohol market, however, it will undoubtedly benefit brand owners trying to stop trademark infringers from intruding onto their marketspace. (JW)

Alt Legal announces Clio CEO as conference keynote – Attorney and Alt Legal CEO Nehal Madhani has announced that Jack Newton, CEO of Clio, as the keynote speaker at its upcoming Alt Legal Connect trademark conference. The event, which will be held in New York in March, will feature a speech from Newton on how he took the cloud-based legal technology firm from “a startup to a 500+ person company”. (TJL)

Bullying spat goes (non)social – Entrepreneurs Assembly (EA), a Reno-based nonprofit organisation dedicated to mentoring and advising entrepreneurs, is currently defending itself against the perceived “controversial trademark claims and hostile legal tactics” of Entrepreneur Media Inc (EMI), publisher of Entrepreneur magazine and owner of marks for ENTREPRENEUR. In its case against EA, EMI claims that the ENTREPRENEURS ASSEMBLY mark is confusingly similar to its marks and that “there will be a likelihood of confusion or mistake among consumers as to an affiliation, connection, or association between EMI and applicant, or as to the origin, sponsorship, or approval of applicant’s services, all to the damage of EMI." We have previously covered the enforcement efforts of EMI over the term, in particular the long-running dispute with Scott Smith, who had launched a public relations firm EntrepreneurPR. That enmity continues as Smith has now sent out a release highlighting this latest dispute, publicising the spat and asking for others to “stop EMI's efforts to monopolize the word ‘entrepreneur’" by sharing this information via email and/or social media”. (TL)

Farsight Security unveils real-time security data offering – Farsight Security, a provider of DNS Intelligence, has announced enhancements to its Security Information Exchange (SIE) data-sharing platform to help security professionals measurably improve the prevention, detection and response of cyberattacks. These enhancements include a  real-time DNS Intelligence data feed that reports domains as they resume activity on the Internet after a period of inactivity (10 days or more). This data is designed to help users detect, block, and investigate domains used by threat actors who acquire and reuse expired domains with previously good reputations, or which wait to establish a harmless reputation for their domain before utilising it. It is also due to launch SIE Batch, a delivery method to access data including newly observed domains, DNS Changes and newly active domains. (TL)

Race to the finish over running shoes trademark dispute – Warren Buffett-owned shoe and apparel company Brooks has filed a trademark infringement lawsuit against Brooks Brothers, reports the Insurance Journal. The suit alleges Brooks Brothers’ attempted to block the company from registering the trademark BROOKS without the additional ‘brothers’. The two companies have existed since the 1910s, yet Brooks claims Brooks Brothers’ actions including the sale of athletic footwear since 2018 damages Brooks’ marks as well as undermining a 1980 ‘coexistence’ trademark agreement between the two. (JW)

Blow to Netflix in ‘choose your own’ trademark infringement saga – A Vermont federal judge refused to dismiss infringement claims against Netflix on Tuesday, according to the Hollywood Reporter. Chooseco filed a suit against Netflix in early 2019 alleging it infringed on its ‘Choose Your Own Adventure’ series of books with the interactive film ‘Black Mirror: Bandersnatch’. 20th Century Fox holds options for movie versions of the book and Chooseco alleges Netflix first actively pursued a license before going ahead without one. Although Netflix raised a First Amendment freedom of speech defence as well as an argument that ‘choose your own adventure’ is descriptive, the judge’s decision notes that, while the use of the mark does have artistic relevance, the court did not have the facts necessary to determine whether consumers perceive the phrase in a descriptive sense. (JW)

YouTuber reveals empty Chinese fake markets during coronavirus outbreak – The video creator behind the YouTube channel ‘C3 TheCollywoodLife’ – which publishes investigative videos on fakes available in Guangzhou, China – has released a new video investigating the counterfeit markets during the ongoing coronavirus epidemic. Dressed in a face mask, creator Colin heads to markets in Guangzhou to investigate what it is like with many citizens in self-isolation. “This is the fake market, and it’s more peaceful than I’ve ever seen it,” he says at one point in the video, outside a shopping mall that is near-empty and closed. “At this point in time, Guangzhou fake markets are closed.” (TJL)

PIPCU warns of Valentine’s Day fakes – The social media accounts of the UK’s Police Intellectual Property Crime Unit (PIPCU) have warned consumers about the risks of ‘last minute’ gift buying for Valentine’s Day. “Don't fall foul of counterfeit makeup or perfume when you're shopping under pressure!” the account warns. “It could come with an added bonus of rat droppings, cyanide and even urine.” It’s a reminder of how any events – be it Christmas, Halloween or Valentines – is perfect to raise awareness of the dangers implicit in purchasing counterfeit goods. (TJL)

USPTO pens Valentines Day poem – Not to be outdone, the US Patent and Trademark Office (USPTO) has posted an ‘IP haiku’ to mark Valentine’s Day. “You can’t patent love; but if I could, you would be; my co-inventor,” reads the poem, which also includes images from a patent application from 1964 of a heart-shaped box. (TJL)

Chicago firm launches cannabis practice group – Chicago-based IP firm McDonnell Boehnen Hulbert & Berghoff (MBHB) has announced the launch of a cannabis practice group. Led by MBHB partners  Nicole Grimm and George ‘Trey’ Lyons III, the practice will offer full-spectrum IP support and counseling for cannabis clients ranging from startups to established companies. Lyons explains: “It’s been incredible to watch this industry expand and mature over the past few years. The growth has been meteoric and, as the industry continues to normalise, we’ve seen so many clients increase their focus on protecting their IP - foundational assets for any company looking to protect their innovation and brand.” (TL)

Perkins Coie to open new office in Austin – Perkins Coie has opened an office in Austin as part of its efforts to establish a strong tech-based practice in Texas. Three partners have joined the new location, Andy Smetana, Craig Tyler and Jose Villarreal. Tyler has 20 years of experience litigating trade secrets and patent infringement matters in both federal and state courts. He was formerly an attorney at Vinson & Elkins. Villarreal focuses his practice on patent litigation, alternative dispute resolution, strategic IP counseling, licensing and due diligence. He joins the firm from Wilson Sonsini. Perkins Coie has also added partner Wendy Wang to its Palo Alto office. She advises clients on litigation matters relating to patents, trademarks, trade secrets and copyrights. Wang previously practiced at Vinson & Elkins. (BD)