RNA Intellectual Property AttorneysIndian courts have gone beyond the text of the statutes to protect the worldwide reputation that any trademark or commercial sign can acquire by virtue of its use, promotion or advertisement

Registering a trademark is the most acceptable and common form of protection from the point of view of securing an IP asset. However, from the commercial and legal perspective, it is not practical for a business to seek statutory protection for every single one of its creations. Thus, during the course of product development, businesses will create brands, shapes of goods, taglines, colour schemes, business names and slogans, but will not register them. Some of these may have a shorter lifecycle and may be phased out quickly. However, those that go on to become money spinners will be protected and used to leverage goodwill.

The common law remedy of passing off is specifically provided for in the Trademarks Act in order to protect the interests of rights holders that create a mark, logo or colour scheme which is recognised by the public as indicating the origin of a particular product. Section 27(2) of the act states that “nothing in this Act shall affect the rights of action against any person for passing off goods or services as goods of another person or as service provided by another person or the remedies in respect thereof”. The criteria for establishing and succeeding in a passing-off action are as follows:

The rights holder need not prove that anyone has actually been misled or deceived. It is sufficient to establish that the defendant’s acts are of such a nature that they are likely to mislead members of the trade and public into purchasing the goods.

In an action for passing off which is based on the imitation of get-up, trade dress or other commercial signs, the degree to which the rights holder must show the distinctiveness of the trade dress is high, as it must establish goodwill and reputation and that these are exclusively associated with its business. The second requirement in such action is that the trade dress used by the imitator be likely to deceive or cause confusion.

As a brand name becomes popular and easily recognised by the trade and the public, it is often copied for different or unrelated goods. An obvious argument proposed by the traders using the brand name for different goods or services in such cases is that since there is no commonality of trade channels and end users, there is no confusion. The protection of a mark for unrelated goods not only is a commercial issue, but also has a social impact. It encourages fair dealing in the marketplace and prevents unethical and unfair trade practices. How far this protection can – or should – be extended is decided on the facts and circumstances of each case. Some factors to be considered include:

Case law in this area inclines towards granting broader protection, at least to marks that are well known or recognised by the trade and public. In Sunder Parmanand v Caltex India Ltd (1969), when considering the defendant’s registration of the mark CALTEX for watches, the Bombay High Court observed that: “In this case the goods are totally different. There is no trade connection between them. There are no common trade channels. These are factors holding that there would be no danger of deception or confusion. But we must consider the factors which tend to show that there is likelihood of creating deception or confusion.” Registration of the mark was thus refused.

The Delhi High Court took a similar view in Daimler Benz Aktiegesellschaft v Hybo Hindustan, where it considered the use of the mark BENZ and a three-pointed star device in relation to undergarments. It eventually ruled in favour of Daimler, holding that BENZ, as the name of a car, is well known to everyone.

However, this view is not consistent. In Sony Kabushiki Kaisha v Shamrao Maskar the Bombay High Court refused to intervene in the registration of the mark SONI for nail polish. The court observed that: “where the trade channels for sale of the two items are entirely different and there is no common field of activity in the course of trade of the two items and also classes of customers who purchase the two items are entirely distinct and different, objection to registration of the impugned trademark cannot be sustained, as there would be no likelihood of confusion or deception.” However, this view has not been followed in subsequent cases.

Is goodwill local or international?

The proposition that goodwill is local in character and can exist only where trade is carried out in India no longer holds good. In Kamal Trading Company v Gillette UK Limited the Bombay High Court expressed its dissent from the UK position as expressed in Budweiser. The division bench observed that: “goodwill or reputation does not stand extinguished merely because the goods are not available in a country for some duration. It is necessary to note that the goodwill is not limited to a particular country because in the present days, the trade is spread over the world and goods are transported from one country to other rapidly and on an extensive scale. The goodwill acquired by the manufacturer is not necessarily limited to the country where the goods are freely available because the goods though not available are widely advertised in newspapers, periodicals, magazines and in other media. The result is that though the goods are not available in the country, the goods and the mark under which they are sold acquires a wide reputation.”

In Jolen Inc v Doctor & Company, which concerned use of the mark JOLEN by a local company, the court addressed the argument that US-based Jolen had made no direct sales of its goods in India, observing that “merely because a party has no business in the fore shores of a particular country does not mean that it has no right to protect the integrity of its reputation or goodwill of its name or trademark”.

The advancement of technology and internet penetration in recent years has helped to spread the goodwill and reputation of products in countries where they are not readily available. In other words, the dissemination of information is no longer constrained by territorial boundaries. Therefore, a party would not be advised to rely on the defence that a passing-off action is not maintainable as the product is not available and the owner has no operations in India. The courts have also been liberal in upholding the rights of brand owners whose products are not freely available in the country, provided that they can substantiate their goodwill and that their reputation has spilled over into India.

In Groupon, Inc v Mohan Rao the Delhi High Court considered the plaintiff’s trans-border reputation, even though it had no business operations in India at the time. US-based entity Groupon, Inc offers online audiences daily discounts on products and services under the name and brand GROUPON through its website www.groupon.com. The US company initiated an action against the defendant, which was using an identical mark in relation to identical services. The defendant contended that Groupon, Inc had no operations in India, and that it was the first user of the mark in the country. However, the court held that as the plaintiff was the prior adopter and user of the GROUPON mark in the United States and had also been able to substantiate its trans-border reputation and goodwill, the defendant was restrained from using the mark GROUPON in relation to its business until the suit’s disposal.

In World Book Inc v World Book Company (P) Ltd the court observed that a seller’s presence on social media and foreign web pages as a means of demonstrating its trans-border reputation was an extremely broad extension of the concept. At the same time, it is a question of fact in each case as to how online documents are sufficient to show the global character and reputation of a trademark. Due to the growth of online media and international travel, the legal insistence that a business be ‘local’ or a brand have a trans-border reputation is dealt with using a presumptive approach rather than by actual establishment. As international businesses grow and proximity between markets increases, this concept will likely become weaker over time until the whole world is treated as a single market.

Trade dress or get-up is another form of commercial sign which serves as an important source identifier. Companies seldom seek statutory protection for labels or trade dress. However, common law rights accrue by virtue of use. The court’s views on the protection of such rights were summed up by the Delhi High Court in Colgate Palmolive Co v Anchor Health and Beauty Care Pvt Ltd: “It is the overall impression that a consumer gets as to the source and origin of the goods from visual impression of colour combination, shape of the container, packaging, etc. If the illiterate, unwary and gullible customer gets confused as to the source and origin of the goods which he has been using for longer period by way of getting the goods in a container having particular shape, colour combination and getup, it amounts to passing off. In other words, if the first glance of the article without going into the minute details of the colour combination, get up or lay out appearing on the container and packaging gives the impression as to deceptive or near similarities in respect of these ingredients, it is a case of confusion and amounts to passing off one’s own goods as those of the other with a view to encash upon the goodwill and reputation of the latter.”

The Mumbai High Court considered the trade dress/get-up issue in Gorbatschow Wodka KG v John Distilleries Limited, in the context of the unique shape of the bottle in which vodka was sold. Gorbatschow argued that the trade and public associated the goods with it and initiated an action against the defendant on learning that it was planning to sell its vodka in a bottle which was deceptively similar to the plaintiff’s own. After hearing the parties, the Mumbai High Court upheld Gorbatschow’s rights in the get-up/trade dress (ie, the unique shape of the bottle) and restrained the defendant from selling vodka in a bottle that was deceptively similar to the plaintiff’s.

The Indian courts have gone beyond the text of the statutes to protect the worldwide reputation that any trademark or commercial sign can acquire by virtue of its use, promotion or advertisement. This is in line with the new interconnected world in which we all live. 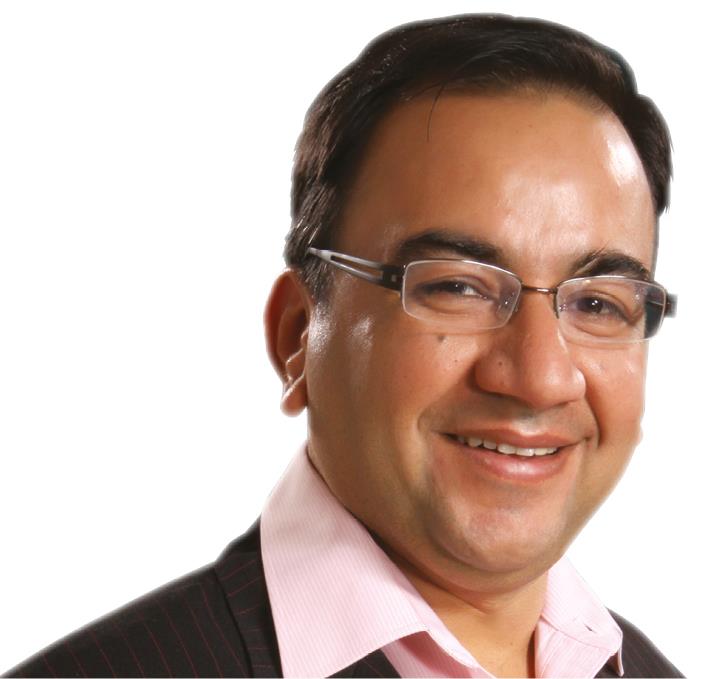