'Hunter' marks for alcoholic beverages held to be confusingly similar

The opposition officer of the Swedish Patent and Registration Office has held that there was a likelihood of confusion between the marks JÄGER and JÄGARÖL (Opposition No 2011/0150/0001).

After the registration of the trademark JÄGARÖL (meaning 'Hunters' beer') was approved by the Patent and Registration Office, the owner - a Swedish brewer - faced an opposition by Mast-Jägermeister. The large German company complained that the trademark was too close to its famous spiced liquor brand. 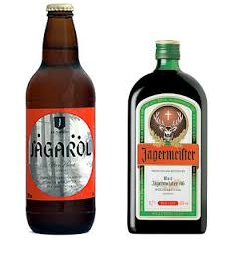 Jägermeister based its opposition on Community and national registrations for JÄGER and JÄGERMEISTER in relation to beer and alcoholic beverages in Classes 32 and 33 of the Nice Classification to stop the local brewery from selling its beer, which was available only in the Swedish state-run liquor store monopoly, Systembolaget. Further, Jägermeister alleged that, under previous case law, its trademarks had a reputation in the country and, therefore, enjoyed an extended scope of protection.

In response, the Swedish company argued that the extended level of protection would cover only the actual liquor products sold under the brand, but not beer. The argument was supported by trademark similarity studies and comments made by the Swedish Academy and Swedish Language Council, which had found that the relevant public did not consider that the two brands were likely to be confused.

The opposition officer based its decision on the examination of the trademarks JÄGER and JÄGARÖL, but not JÄGERMEISTER, in order to keep the opposition proceedings as cost efficient as possible.

First, the opposition officer found the goods at issue to be identical.

Turning to the comparison of the marks, the opposition officer found that they differed by the addition of the element 'öl' ('beer' in Swedish) in the contested mark, and by the vowels 'e' and 'a'. The differences between the trademarks were not significant, and the marks were thus found to be visually and phonetically similar.

The opposition officer also found that the marks were conceptually similar, as JÄGER had a meaning in the German language ('hunter') and JÄGAR was a variant of 'jägare', meaning also 'hunter' in Swedish. Thus, both JÄGER and JÄGAR would be perceived as referring to the word 'jägare' by the relevant public.

As a result, the opposition officer concluded that there was a likelihood of confusion within the meaning of Article 8(2) of the Swedish Trademark Act, and that the use of the mark JÄGARÖL would take unfair advantage of, and be detrimental to, the distinctive character and reputation of the opponent's marks.

In prior similar cases, the appeal courts had revoked decisions by the PTO or the district courts regarding the JÄGERMEISTER mark and other trademarks for alcoholic beverages in which the PTO/lower courts had found that there was no likelihood of confusion. It seems that the PTO decided to take a stricter approach in this case and approved Jägermeister’s claim against the local brewery. The decision is in line with previous Supreme Court and Appeal Court decision involving JÄGERMEISTER.

In addition, this ruling might be seen as an indication that Jägermeister has finally succeeded in establishing a strong(er) position on the Swedish market and thus obtaining a monopoly over the word element 'jäger'/'jägar' in relation to alcoholic goods. The case was widely reported in the local news, and the Swedish brewery initiated an internet campaign calling for the boycott of Jägermeister products in Sweden. The effects of this campaign have yet to be seen.