BabyBoss had registered the following trademark for confectionery products in Class 30 of the Nice Classification: 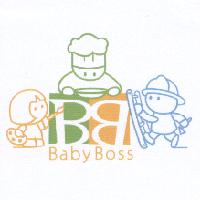 Hugo Boss filed an action with the Taiwan Intellectual Property Office (TIPO) to invalidate the registration. The invalidation action was based on the fame of its BOSS trademarks (including BOSS and HUGO BOSS), which cover a variety of goods and services. To support the action, Hugo Boss submitted voluminous evidence attesting to worldwide trademark registrations, sales and promotion of trademarked products, and versatile business operations.

In its defence, BabyBoss argued that:

The TIPO concluded that there was a likelihood of confusion between BABYBOSS on the one hand, and BOSS and HUGO BOSS of the other, among general consumers in the marketplace, and thus ordered the invalidation of the registration for the BABYBOSS mark. The appeal authority upheld the decision.

Dissatisfied with the decisions, BabyBoss filed suit before the Intellectual Property Court, which revoked the decisions and ruled in favour of BabyBoss. While recognising the fame of Hugo Boss' trademarks, the court was not convinced that there would be a likelihood of confusion among consumers regarding the source of the trademarked products because:

The court's judgment is significant because it explicitly contradicts a judgment rendered by a different tribunal of the same court three months earlier (120-ShienSanSu-22, June 20 2013). The June decision was rendered in an opposition action between the same parties, but concerned the word mark BABYBOSS for confectionery products in Class 30. In that case, the court dismissed the suit filed by BabyBoss and upheld the TIPO's decision to cancel the word mark on the grounds that there was a likelihood of confusion. The tribunal which issued the September decision explained that the outcome in the present case was different from the June decision due to different trademark specimens. While both marks contained the word element 'BabyBoss', the device mark at issue in the September decision also contained three cartoon characters, which distinguished the device mark from the word mark.

It is expected that Hugo Boss will appeal against the latest decision to seek clarification.