Household and Consumer Goods Team of the Year: Velcro Companies 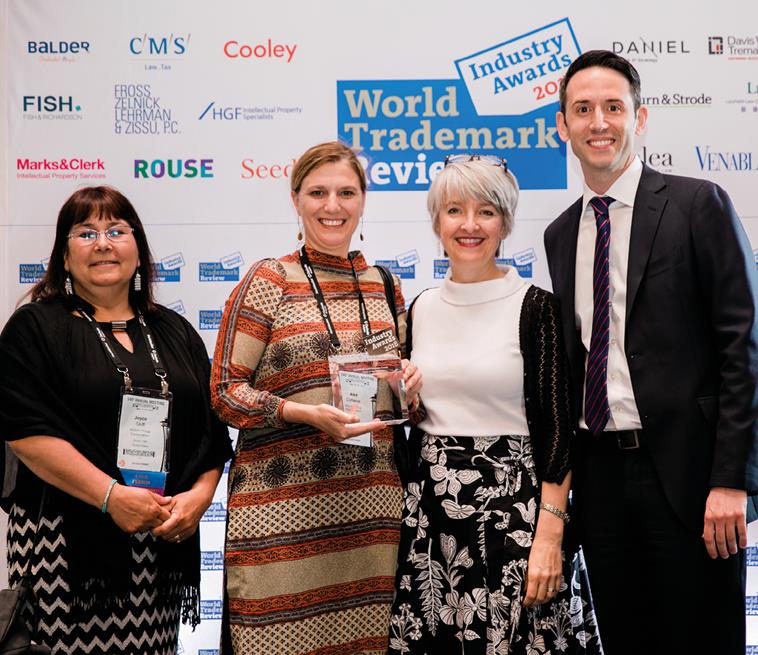 Last year, Velcro launched its ‘Don’t Say Velcro’ campaign, a bold but light-hearted video urging consumers to use the term ‘hook-and-loop’ instead of ‘Velcro’. The video quickly went viral and while not all responses were positive (the company has since published a follow-up video that plays on the negative comments posted online), Alexandra DeNeve, senior counsel, trademarks, proudly asserts: “The reaction was everything that we hoped for.”

The video generated over 1 billion earned media impressions and won awards in the advertising field. However, the campaign also struck a chord with the legal community. DeNeve explains: “We have had countless in-house counsel ask to use the video for their in-house trademark trainings. Law professors have also asked to use the video in their classrooms. We were happy to have that kind of reception from our peers.”

DeNeve runs a lean but tight trademark group consisting of herself, two paralegals and a trademark counsel based in Velcro’s UK office. With a global brand to protect across multiple jurisdictions, she states that the key to success is to be “persistent and consistent” in enforcement, drawing on an overarching strategy in the types of infringements that are pursued: “You have to use your team effectively, making sure they are deployed in a way that produces the best results and gives you the most coverage.”

Equally important is the need to stay aligned with business goals. She observes that the best client service comes from an enforcement strategy that prioritises regions and markets that will protect the company and, crucially, the company’s customers, from infringing competitors. “Of course, you always have to balance efficiency and cost-effectiveness,” she warns.

While the team has recently been focused on developing markets such as Brazil, China and India, it continues to look inwards to determine how it can better support the growing Velcro brand. In addition to plans to strategically increase the team’s size, DeNeve cites the side’s evolving enforcement tactics. “When I started here over two years ago, we were focused on what I call a ‘wading in and start swinging’ approach,” she recalls. “Now, we are starting to concentrate our budget more on ‘big swings’ – are there particular persistent infringers who we should focus on with bigger litigation, for instance? Or, is there a specific region or market we should hone in on with a targeted strategy using outside counsel?”

She places the ‘Don’t say Velcro’ video – “a hybrid trademark education and marketing campaign that has enforcement ramifications” – in this latter category. The campaign was a result of a collaborative partnership between the Velcro legal and marketing groups. Having this constructive relationship between departments is “a huge help in enforcement strategies”, according to DeNeve. “It’s another pair of eyes and ears to help you identify issues and to help you think out of the box.”

Expanding on the genesis of the brand advertising campaign, she recounts: “We had conducted a traditional trademark education print campaign in the 90s and thought the time was ripe for another one. However, the challenge was that we had a limited budget but needed to reach as many people as possible.” As such, the new campaign hinged on a successful social media and PR strategy. The creative direction was also crucial in making “a dry topic compelling so that the public would actually want to engage with the message”.

After interviewing several creative agencies, Velcro joined forces with Walk West and its consultant, Penn Holderness, and tasked them with “taking that dry legal message and conveying it in a creative, funny and interesting way”. The rest, as they say, is history. Clearly pleased with the reception of the video, DeNeve promises there is more on the way: “We are working on some follow-up videos which we plan to release this year that we are very excited about. They are a lot of fun to work on and to share!”