The General Court has rendered its decisions in two parallel design cancellation cases involving H&M Hennes & Mauritz BV & Co KG, Yves Saint Laurent SAS and the Office for Harmonisation in the Internal Market (OHIM) (Cases T-525/13 and T-526/13). Although H&M did not succeed in having Yves Saint Laurent’s registered handbag designs declared invalid, the judgments will no doubt be useful for H&M when planning future handbag collections in styles similar to those of great fashion houses. 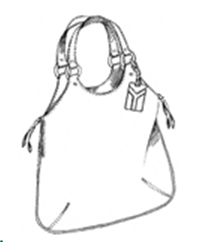 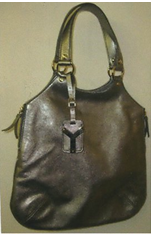 H&M filed applications for a declaration of invalidity of the two designs due to an alleged lack of individual character under Article 6 of the Community Designs Regulation (6/2002). In support of its claims, H&M referred to an earlier design: 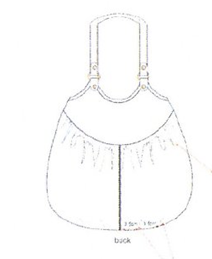 The Cancellation Division of OHIM rejected the applications for invalidity, and H&M appealed. The Third Board of Appeal of OHIM dismissed the appeals, finding that the respective designs had features in common, but that the differences as regards the shape, structure and surface finish played a decisive role in the overall impression produced by the bags. Even though the degree of freedom of the designer was high, that did not cancel out the significant differences in shape, structure and surface finish. The Board of Appeal concluded that Yves Saint Laurent’s designs were sufficiently different from the earlier design.

H&M appealed to the General Court, alleging infringement of Article 6 of the regulation and claiming that Yves Saint Laurent’s designs should be declared invalid. H&M submitted that:

The General Court pointed out that the individual character of a design must be assessed in relation to the informed user and confirmed the Board of Appeal’s definition of the concept of 'informed user' as an informed woman who is interested, as a possible user, in handbags. As stated by the Board of Appeal, the informed user is not a user of average attention, but a particularly observant one, because of either personal experience or extensive knowledge of the sector in question. On the other hand, the informed user is not an expert or specialist capable of observing in detail any minimal differences between designs, but she knows the various designs in the sector concerned and the features which these designs normally include, and shows a relatively high degree of attention. In the cases at hand, the informed user was found to be someone in between an average purchaser and a particularly attentive expert.

With regard to H&M’s view concerning the freedom of the designer, the General Court confirmed the Board of Appeal’s finding that the freedom of a designer of handbags and other fashion items is high. Accordingly, it is less likely that minor differences between individual designs will be sufficient to produce different overall impressions on the informed user.

The Board of Appeal had found that three important features of the parties’ designs were different - namely, the overall shape, the structure and the surface finish of the bags. These features were significant for the overall impression. Yves Saint Laurent’s bag designs were found to be characterised by classic lines and a formal simplicity, whereas the impression of the earlier design was that of a more “worked” bag with curves and ornamental motifs. In addition, the General Court pointed out that the assessment of the overall impression of a design on the informed user includes the way of use of the product represented by the design. The General Court underlined that the way of use of the respective parties’ designs was different, as Yves Saint Laurent’s designs were for bags to be carried solely by hand, whereas the earlier design represented a shoulder bag.

The General Court concluded that the differences between the relevant designs were significant, the similarities were insignificant, and the designs produced a different overall impression on the informed user. Thus, Yves Saint Laurent’s design registrations survived - for the time being.

It remains to be seen whether H&M will appeal to the Court of Justice of the European Union. If so, the result will be awaited with interest. On the other hand, the General Court’s judgments might be quite useful for H&M. They have established that Yves Saint Laurent’s designs are sufficiently different from the older design referred to. This knowledge can be useful for H&M and others when planning how to avoid infringement of top designers in future handbag collections.