In Magmatic Ltd v PMS International Ltd ([2013] EWHC 1925 (Pat), July 22 2013), the High Court has provided guidance on the interpretation of the ‘obscure disclosure’ exception under Article 7 of the Council Regulation on Community Designs (6/2002) and what is included within the design corpus.

Trunki suitcases are a common sight in UK airports. It is estimated that 20% of three to six-year-olds in the United Kingdom own a Trunki. The brand and the product are also well known because of their appearance on the TV programme Dragon’s Den and the product’s market success despite its failure on that show.

The design was created and developed by claimant Magmatic’s founder and director, Mr Law. In 1998 he participated in the competition for the BASF/Institute of Materials Design Award 1998, whose theme that year was "a design for luggage", and presented his first version of the design for a product called ‘Rodeo’ (the image below is taken from the concept board shown by Mr Law at the award). 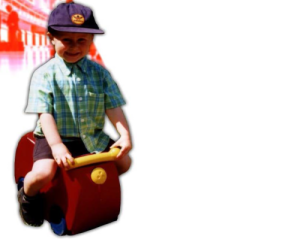 Mr Law further developed the design in the following years and, in 2003, applied for and obtained Community registered design (CRD) protection (No 43427-0001). The suitcase was first manufactured and sold under the name Trunki in May 2004 and is currently sold by the claimant.

Defendant PMS International Limited manufactures, imports and distributes a large range of goods, including toys and giftware. In 2010 Mr Beverley (the defendant’s managing director and major shareholder) decided to develop a discount version of the Trunki. It was not disputed that, in developing such product, the defendant considered samples of, and drew inspiration from, the Trunki.

By the end of 2012, PMS had started shipping its new product, the Kiddee Case, to its customers.

The images below show: one of the views of the CRD, a photograph of the Trunki (based on the version Mark I) and the Kiddee Case. 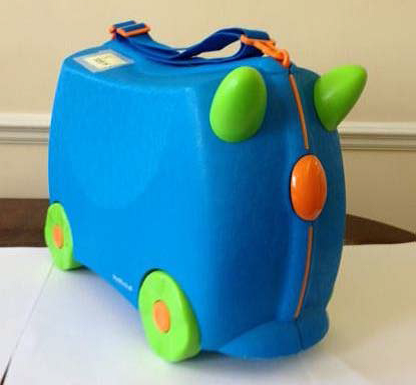 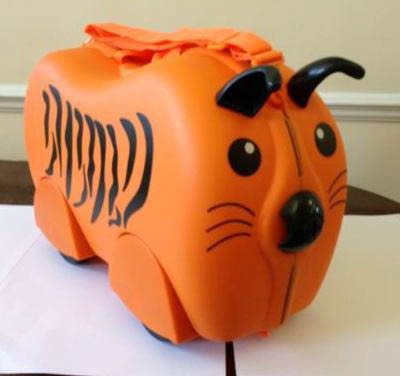 Magmatic claimed that, by importing and selling the Kiddee Case, PMS had infringed, among others:

In particular, Arnold J was asked to determine whether the disclosure of the Rodeo design at the award constituted an 'obscure disclosure' pursuant to Article 7(1) of the regulation - ie, whether the disclosure was an event that could not reasonably have become known in the normal course of business to the circles specialised in the sector concerned, operating within the Community. If so, despite its disclosure, the Rodeo design could not be deemed to have been made available to the public.

Arnold J noted that the ‘obscure disclosure’ exception raises numerous interpretative issues, which may require input from the Court of Justice of the European Union (ECJ), but the parties did not ask for such a preliminary ruling of the ECJ. There is a pending reference before the ECJ in H Gautzsch Grosshandel GmbH v Münchener Boulevard Möbel Joseph Duna GmbH (Case C-479/12), which may shed some light on this, but again there was no suggestion from the parties that the judge should defer judgment until the ECJ issues its decision.

The judge proceeded to interpret the exception "as best he could" on the basis of the case law currently available and, in particular, the Court of Appeal's decision in Green Lane Products Ltd v PMS International Products Group Plc ([2008] EWCA Civ 358).

Arnold J made the following observations:

On the facts, the obscure disclosure exception did not apply.

"consists of the designs with which the informed user is likely to be familiar. Thus there may be designs which are not quite obscure enough to be excluded by the obscure designs exception, and thus can be relied upon as prior art for the Articles 5 and 6 [of the regulation], but nevertheless do not form part of the design corpus when assessing the overall impression created by other designs for the purposes of Article 10 [of the regulation]."

In this case, the Rodeo design was neither obscure enough to fall under the exception in Article 7 nor familiar enough to be included in the design corpus.