Following the decision of the UK Intellectual Property Office in February 2019 which found that UK Trademark Registration No 2060882 for the red wax coating of the Mini Babybel was invalid on the basis that the mark was not sufficiently graphically represented for the purposes of Section 1(1) of the Trademarks Act 1994, the High Court has recently dismissed an appeal by the trademark owner, Fromageries Bel, signifying a further win for Sainsbury (Fromageries Bel SA v J Sainsbury Plc ([2019] EWHC 3454 (Ch))).

By way of reminder, the mark in question is set out below: 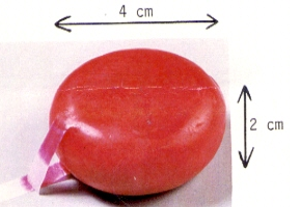 An application for the mark to be declared invalid on the basis that it did not satisfy either Section 3(1)(a) or Section 3(2) of the act succeeded on one ground (of four initially pleaded) under Section 3(1)(a), namely that the description “the colour red” (as set out above) did not provide sufficient clarity and precision. A particular hue of red should have been specified.

Of particular importance was whether the picture or the written description (or neither) should constitute the primary indication of the colour red. If primary guidance comes from the written description, “the colour red” does not satisfy the Libertel requirements (which have been “generally understood as meaning that neither a sample of the colour(s), nor merely descriptions of colour in words, such as ‘red’, are sufficiently clear, precise and/or durable to satisfy the requirement for a graphical representation of colour marks. Instead, the practice of using internationally recognised colour identification codes has become the usual way of representing such marks.”). If guidance is drawn from the picture, the absence of colour identification codes also means that the colours are not represented in an objective and durable manner.

It was held that the final alternative (that neither the pictorial representation nor the written description of the mark should be considered as secondary to the other) would lead to ambiguity and confusion, which would also render the mark invalid, as it was indeed found to be.

can be represented graphically, particularly by means of images, lines or characters, and that the representation is clear, precise, self-contained, easily accessible, intelligible, durable and objective.

Judge Hacon rejected the first ground of appeal on the basis that the mark must be limited to a single hue of red (and so comply with the Sieckmann criteria) because it will only be capable of distinguishing Fromageries Bel’s products (and therefore act “as a trademark”) if the particular hue used on the main body of the product is associated with Babybel.

With regard to whether the mark is limited to the hue of red shown in the picture, Judge Hacon agreed with the hearing officer and Sainsbury’s argument that the picture does not take precedence over the description. The description specified the colour red, but not any particular hue.  The absence of any statement about hue (eg, a Pantone number) was all the more striking, the judge held, because the description did expressly limit the shape to the particular dimensions shown in the picture. Accordingly, the second ground of appeal was also dismissed.

The third and final ground of appeal was described by Judge Halcon as not really a ground of appeal at all, but an attempt by Fromageries Bel to not merely limit the rights of the registration but actually introduce an additional feature into the content of the trademark in order to make it more descriptive. It would affect the description of the trademark itself which, in accordance with the decision of Nestlé SA’s Trademark Application ([2004] EWCA Civ 1008 (Ch) RPC 5), is not permissible.

Accordingly, the appeal was dismissed in its entirety and the mark remains invalid.

This is no doubt a bitter blow to Fromageries Bel, which has held the registration since 1997 when it was clearly accepted without issue.

Brand owners should therefore be aware of the change in both law and convention in the handling of these types of non-traditional mark, particularly since the Sieckmann and Libertel cases, and ensure that their descriptions of such are fully compliant with modern requirements.