In TMR Restaurants Ltd v Société Anonyme Des Bains De Mer Et Du Cercle Des Etrangers, the hearing officer acting on behalf of the controller has dismissed an opposition against the registration of a figurative mark which included the words 'The Monte Carlo'.

TMR Restaurants Limited applied to register a logo which included the words 'The Monte Carlo' and 'Traditional Fish & Chips' as a trademark in Classes 29 and 43 of the Nice Classification: 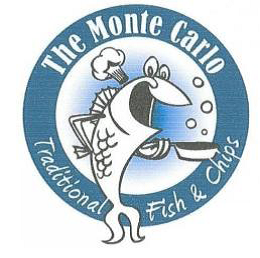 The hearing officer dismissed the opposition on the basis of all of the absolute grounds raised by the opponent in its notice of opposition.

The hearing officer held that, while some elements of the mark could be considered descriptive, the mark was not exclusively descriptive due to the additional elements such as, among others, the words 'The Monte Carlo' and the fanciful figurative element of the fish.

The hearing officer noted that no evidence was adduced by the opponent to support the grounds that the mark was deceptive, or that use of the mark is prohibited in the state by an enactment or rule of law or by any provision of Community law (Section 8(4)(a)) of the Trademarks Act 1996 or that the application had been made in bad faith).

The hearing officer then expressed his concern “about the all-too-common practice that has become part of what I regard as the 'kitchen sink' approach to oppositions, whereby opponents cite a multitude of sections of the legislation as grounds of opposition”. The hearing officer opined that, typically, no evidence is adduced or arguments advanced to substantiate these numerous grounds of opposition which “the opponent knows cannot succeed”. The hearing officer noted that this 'kitchen sink' approach by opponents leads to applicants undergoing unnecessary work and expense to respond to these unfounded claims.

The hearing officer stated that claims of 'bad faith' are regularly not properly particularised or supported by evidence in oppositions, and noted that all of the oppositions before him which have based their claim on Section 8(4)(a) have been dismissed because the opponents have always failed to identify the actual law that expressly prohibits the mark under attack.

The hearing officer warned opponents and, in particular, their legal representatives, that adopting the 'kitchen sink' approach may lead to the necessity for the opponents to be penalised by the Irish Trademarks Office in the award of costs.

The opponent is also the proprietor of two Community trademarks for MONTE-CARLO (word and device).

The opposition was dismissed.