In Wella Corporation v Alberto-Culver Company ([2011] EWHC 3558 (Ch), December 1 2011), the High Court has upheld a decision of a UK Intellectual Property Office hearing officer in which the latter had rejected Wella Corporation's application to invalidate Alberto-Culver Company's mark FUNKY SHAPER based on its earlier Community trademark (CTM) SHAPER, both registered for hair products, under Section 5(2)(b) of the Trademarks Act 1994.

The hearing officer rejected Wella's application. Although he agreed that the respective goods were identical and that the two marks had clear similarities, he held that there was no likelihood of confusion on the part of the average consumer, as neither mark would be seen as indicating origin at the date of filing of the opposed mark. The hearing officer was impressed by neither Wella’s evidence of use nor the inherent distinctiveness of either the SHAPER or FUNKY SHAPER mark, finding that the 'funky' element was merely descriptive and laudatory.

Wella appealed the decision to the High Court under Section 5(2)(b) on three grounds:

The High Court held that the hearing officer had correctly found that Wella's mark lacked all distinctive character, as the evidence produced failed to show that the mark had acquired distinctiveness through use at the date the opposed mark was filed. Since this was a matter specific to a particular point in time, and not a finding of invalidity, the hearing officer had jurisdiction to rule on the matter. The court noted that the evidence of use showed that the mark SHAPER was effectively a sub-brand for the well-known hair care brand Sebastian (the mark SEBASTIAN was often followed by the words 'Shaper Zero Gravity', 'Reshaper' or 'Shaper Fierce'). Accordingly, the hearing officer had held that the consumer would see the mark SHAPER only as describing a particular type of shaping product originating from the Sebastian brand, a conclusion the court also supported.

An example of how the products were marketed is shown below: 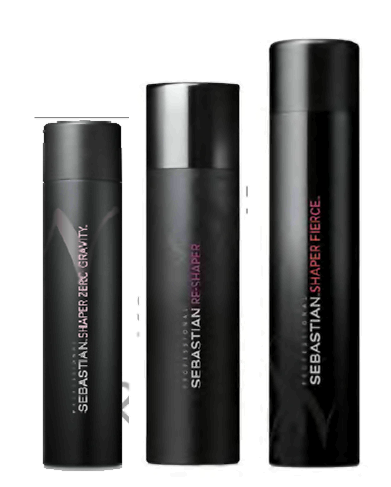 In contrast, Alberto's use of the FUNKY SHAPER mark is illustrated below: 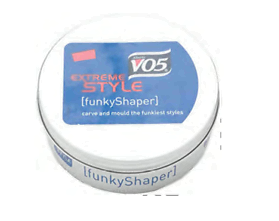 Alberto presented evidence to show that other traders were using the word 'shaper' descriptively. This fact, which was not disputed by Wella, is what led to a finding that Wella's mark had low or very low distinctiveness. On this basis, the court held that it was open to the hearing officer to rule that the mark lacked all distinctiveness. In light of the fact that the hearing officer had reached his conclusion with the presumption that Wella's mark was valid, the court found that that decision was not in error. Accordingly, it dismissed the first ground of Wella's appeal.

As to the second ground of appeal, since neither SHAPER nor FUNKY were distinctive, the court noted that the hearing officer had correctly concluded that neither mark would be viewed as an indication of origin and that there was, accordingly, no likelihood of confusion. Given the foregoing, the court dismissed the third ground, as it found that the hearing officer had reached the necessary factual conclusions based on the evidence presented before him.

Wella, in deciding to challenge Alberto’s mark, was effectively caught between a rock and a hard place. Unable to launch a more thriving attack on the basis that the later mark was non-distinctive or descriptive of the goods applied for, given Wella’s registration for the similar mark SHAPER, the success of Wella’s other available option rested on its own mark’s acquired distinctiveness. However, if the distinctiveness of that earlier mark is found lacking at the relevant date (ie, at the time of the opposed mark’s application), then the likelihood of confusion will be less, even to the extent that the challenge may fail.