Cubaexport has received a specific licence from the US Office of Foreign Assets Control (OFAC) allowing it to renew the HAVANA CLUB trademark registration in the United States. The move has reignited the long-running dispute between Pernod Ricard and Bacardi over the rum brand.

The Arechabala family produced Havana Club rum in Cuba until the 1959 revolution, when the Cuban government expropriated the family’s physical assets. The Cuban government later entered into a joint venture between Pernod Ricard and Cuban state company Cubaexport to distribute the product globally. However, due to the US embargo on goods from Cuba, the joint venture has been unable to sell its Havana Club rum in the country. Meanwhile, Bacardi struck a deal with the Arechabalas family to commercialise the original recipe and now sells its own rum, manufactured in Puerto Rico, under the HAVANA CLUB mark in the United States.

In 2006, when Cubaexport applied to renew its registration, OFAC prevented it from doing so by retroactively applying Section 211 of the US Omnibus Appropriations Act of 1998, which forbids the registration or enforcement of a trademark in the United States that is identical or similar to one used in connection with a business or assets that were expropriated. In March 2011 the Court of Appeals for the DC Circuit denied Cubaexport’s appeal of a district court decision in OFAC’s favour. Cubaexport then requested review at Supreme Court level, but the motion was denied in May 2012.

In December 2014 President Obama ordered the restoration of full diplomatic relations with Cuba. While the embargo remains in place, in January it was announced that Cubaexport had received a licence allowing it to renew its HAVANA CLUB registration in the United States. Ian FitzSimons, general counsel of Pernod Ricard, told World Trademark Review that he welcomed the move: “The US rum market is 40% of the worldwide market so there is a huge opportunity that we haven’t been able to exploit to date. If that market does open up, we will be very excited about it.”

In a statement, Bacardi noted that the company is “shocked and very concerned by this unprecedented action”. Contending that it has “reversed long-standing US and international public policy and law that protects against the recognition or acceptance of confiscatory actions of foreign governments”, the company adds that it “has and will continue to pursue all the necessary legal actions to defend its position surrounding the legitimacy of Bacardi’s rights and ownership of Havana Club”.

At the time of writing, Bacardi has filed a Freedom of Information Act request with the US Department of Treasury “to bring to light the reasons for the decision to grant the renewal of the illegally obtained trademark registration of Havana Club to the Cuban government”. 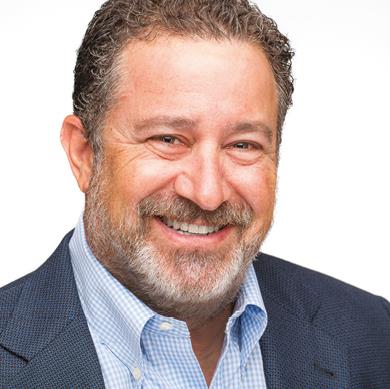 Through its abrupt decision to renew Cubaexport’s registration of HAVANA CLUB, the US Patent and Trademark Office (USPTO) has sent the parties to this decades-long dispute back in time and back to US district court, where it appears that Bacardi’s lawsuit over the rights to HAVANA CLUB in the United States will now be revived.

Section 211 of the US Omnibus Appropriation Act remains valid, while the decision behind the renewal of Cubaexport’s HAVANA CLUB registration remains a mystery. As a result, the parties are back where they were 10 years ago, in a federal district court seeking a judicial determination as to their rights. This time, however, a potential end to the embargo and the entry of Cuban-manufactured products in the US stream of commerce is actually on the horizon.