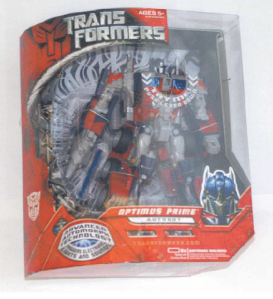 Hasbro has owned the Community word mark TRANSFORMERS since 1996, as well as the Danish word marks THE TRANSFORMERS (since 1985) and AUTOBOT (since 1991).

In 2007 a Danish toy wholesaler, VN Legetøj, started using the name Transformax to market its toys, which could also be transformed from one shape to another. VN also sold toys under the name X-Bot Transformable. 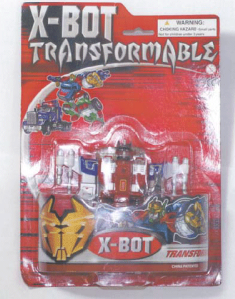 Hasbro sued VN for infringement of its rights under the Trademarks Act, the Marketing Practices Act and the Community Trademark Regulation (40/94).

The Danish Maritime and Commercial Court ruled that VN's use of the trademark TRANSFORMAX for toys infringed Hasbro's rights in the trademark TRANSFORMERS due to visual and phonetic similarities between the marks. These similarities might lead to confusion, particularly when the marks are being recalled, since they are used for identical products. As regards the trademarks AUTOBOT and X-BOT TRANSFORMABLE, the court found that Hasbro's trademark AUTOBOT was distinctive, but that the two marks were not confusingly similar. However, the packaging used for VN's X-Bot Transformable toy, including the choice of colours and the use of a mask as sign, might lead consumers to think of Hasbro's toys marketed under the trademark AUTOBOT. Thus, VN's X-Bot packaging infringed Hasbro's rights pursuant to the Marketing Practices Act.

The judgment of the Maritime and Commercial Court was upheld by the Supreme Court. The Supreme Court stated that Hasbro's trademark TRANSFORMERS could point to the transition from one form to another. However, VN's use of the sign TRANSFORMAX for the same kind of toys infringed Hasbro's trademark TRANSFORMERS pursuant to the Trademarks Act, the Marketing Practices Act and the Community Trademark Regulation.

The court also held that VN's use of the mark X-BOT TRANSFORMABLE did not infringe Hasbro's rights in the trademark AUTOBOT pursuant to the Trademark Act, as the signs were not confusingly similar. However, the court found that the packaging in which the X-Bot Transformable product was marketed infringed Hasbro's rights pursuant to the Marketing Practices Act (free-riding).

The Maritime and Commercial Court had awarded Hasbro Dkr250,000 in compensation and damages; this award was upheld by the Supreme Court.