The Estonian Board of Appeal has upheld Hyundai Motor Company’s opposition against the registration of the figurative trademark H by Higer Bus Company Limited on the grounds that registration of the mark could take unfair advantage of, or be detrimental to, the distinctive character or the repute of Hyundai’s well-known H mark (Decision 1310-o, September 28 2012).

On June 22 2009 Chinese company Higer Bus applied to register the figurative mark H in Classes 12 and 37 of the Nice Classification (Application M200900674): 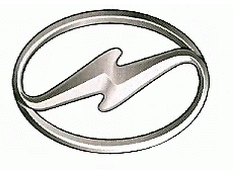 On March 3 2001 Hyundai opposed the application based on its earlier figurative mark H (Estonian Registration 12715):

Hyundai was of the opinion that its trademark is well known. Reference was made to Article 231 of the Code of Civil Procedure, which concerns the bases for relief from the burden of proof. Hyundai stated that a fact that is deemed by the court to be a matter of common knowledge does not need to be proved. Where there is reliable information from sources that are independent from the proceedings, the court may declare that a fact is a matter of common knowledge. Therefore, there was no need to submit evidence in order to prove that Hyundai's figurative trademark is well known, and it would be sufficient to refer only to the information available on Hyundai's homepage.

Higer Bus did not reply to the opposition.

The Board of Appeal upheld the opposition, finding that Higer Bus’ figurative mark H was confusingly similar to Hyundai's registered figurative mark H, and that there was a likelihood of confusion on the part of the public in relation to goods and services in Classes 12 and 37. The board stated that the well-known status of Hyundai's trademark could be considered as a matter of common knowledge; therefore, using the analogy with Article 231 of the Code of Civil Procedure, Hyundai’s figurative mark H could be considered to be well known in Estonia.

Consequently, the board found that the registration of the trademark H by Higer Bus would take unfair advantage of, and be detrimental to, the distinctive character or repute of Hyundai's mark.