The Internet Corporation for Assigned Names and Numbers’ (ICANN) public comment period for the Preliminary Issue Report on New gTLD Subsequent Procedures closed at the end of October 2015, with a number of submissions raising the issue of how future rounds should be handled. This issue was also discussed at the ICANN meeting in Dublin, with Stephen Coates, associate director, trademarks, domain names, marketing at Twitter, arguing that generic and branded generic top-level domains (gTLD) applications should be afforded different treatment. However, the discussion on how future rounds are approached has focused more on whether there should be another four-month application round, or whether there should be a permanent window.

In this respect, Google has urged ICANN to abandon the concept of application rounds. Writing on behalf of Google Registry, domains policy manager Stephanie Duchesneau argued in favour of a continuous process, with strings allocated on a first-­come, first­-served basis. Recognising that one additional round would probably be necessary to process any existing gTLD contentions, she argued that ICANN could then transition to a fully continuous process. According to Duchesneau, this would have substantial benefits for all parties involved in the application process – for example, it would lessen “the burdens associated with a number of application processes such as batching/queuing, string contention and objections”, “make more efficient use of ICANN’s resources by allowing ICANN to establish a standing capacity rather than ramping up and down large-scale efforts coordinated around chunks of applications in individual rounds” and help prevent the “rush, inefficiency and missed deadlines” of the current round.

From a business perspective, Duchesneau argues that a continuous application window would provide greater predictability. Moreover, businesses would be able to develop “more robust applications” because they would “have the flexibility to apply to operate a TLD once use cases and initial plans had been fully developed, rather than being rushed to submit applications within a set timeframe”. The number of withdrawals would thus decrease, as applicants would not have to “gamble on their intentions to use a particular string”. 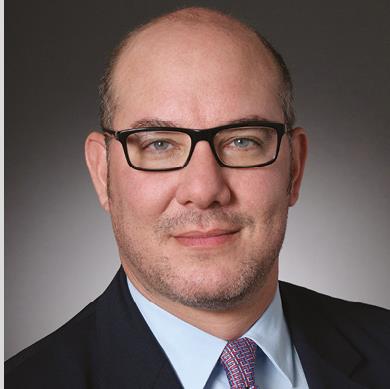 “Late events of the last round suggest that ‘.brands’ are different from truly generic TLDs: the ICANN Board approved a ‘.brands’ addendum to the New gTLD Registry Agreement, and the Governmental Advisory Committee advised that exclusive access to strings representing generic terms should serve a public interest goal. It would make sense for the application process to reflect significant differences from the start. Whether future implementations will be round-based is an interesting question. At this stage, it appears that ICANN’s review processes will result in several changes to the Application Guidebook and related policy and implementation. For these reasons, I expect that a majority of stakeholders within the ICANN community would prefer at least one more round-based process before accepting applications on an open and continuous basis.”