Davis Wright TremaineThere are no easy ways to identify counterfeiters on the dark web, but the good news is that the volume of counterfeiting is not as visible to ordinary consumers

The Internet is the world’s largest marketplace, copying machine and tool for committing trademark counterfeiting. While a significant portion of a brand’s efforts focus on that part of the Internet accessed through common browsers and indexed by search engines, there is another side – the deep web or dark web – which is worth discussing. While these emerging technologies are on the periphery of e-commerce, accounting for a relatively small volume of economic activity, brands and counsel should nevertheless understand and be aware of them.

The ‘deep web’ refers to all parts of the Internet that are not searchable by standard search engines, including:

‘Darknet’ usually refers to an anonymised peer-to-peer network, while the ‘dark web’ most particularly means content that is accessible only through special anonymising software. However, the terminology is slippery and definitions are not fixed. For this reason, brands and counsel should take care to understand exactly what the media or vendors are referring to.

Brand owners should understand the limitations of search engines in monitoring for infringement even on the ‘surface’ web. For instance, search engines will not always index each and every product sold by online retailers – it may be necessary to search individual websites. Where brand owners communicate with one another or with law enforcement and government agencies to identify retailers and other sources of counterfeits, this information can be used to focus monitoring and enforcement in priority areas. Close competitors may particularly benefit by communicating in this way, as a site selling counterfeits of one product is likely to sell counterfeits of competing brands too.

Tor is an anonymous networking software program, based on research originally conducted by the US Naval Research Laboratory. ‘Tor’ stands for ‘the onion router’, which refers to its use of successive layered connections between servers to anonymise its users and publishers of Tor content. Tor works as an add-on to web browser software and is used to view websites in the ‘.onion’ network, in theory allowing for completely anonymous use.

Tor been used by political dissidents to avoid persecution and by government whistleblowers and journalistic sources to pass on information anonymously. On the other hand, ‘.onion’ sites have been identified that provide a laundry list of illicit goods and services, such as illegal drugs, pornography, weapons, stolen credit cards and identities, counterfeit currency and goods, and even contract killers. A number of .onion marketplaces – including Silk Road and Silk Road 2.0 – were shut down and their alleged operators arrested in a series of US raids in November 2014. While they primarily sold illegal drugs, these marketplaces also dealt in in possibly counterfeit pharmaceuticals and openly counterfeit consumer goods, which continue to be available on other marketplaces, including Evolution and Agora.

While Tor and the ‘.onion’ are the predominant dark web anonymising software and anonymous networks at present, there are a number of alternatives – from dark web software programs to fully fledged computer operating systems promising anonymous internet use.

Bitcoin is a digital currency stored locally on the individual’s computer. Bitcoin owners (or wallets) are identified only by Bitcoin addresses, which are not linked to any real-world identity, and Bitcoin software maintains a public ledger of all Bitcoin transactions. For this reason it is referred to as a pseudonymous rather than anonymous system. While there are many similar virtual currencies or cryptocurrencies, Bitcoin is currently the most stable and the most valuable. The value of one Bitcoin fluctuates – as of the time of writing, it is worth approximately $270. Although Bitcoins can be earned through computer mining, they are usually purchased through Bitcoin exchanges using national currencies.

Bitcoin is the subject of widespread academic, media and public attention, and is now accepted (through processing partners) by a number of mainstream companies, including Dell, Overstock.com and Expedia. It is also the de facto currency of the dark web.

The press has documented substantial sales of counterfeit consumer goods on ‘.onion’ and other dark web marketplaces. The products largely mirror those sold through other counterfeiting channels, including the surface web and physical marketplaces: jewellery, electronics, fashion apparel and accessories.

Whereas the vast bulk of online counterfeiters now operate using sophisticated rogue website designed to appear authorised, dark web counterfeiters operate openly. Though often rudimentary in appearance, ‘.onion’ and other dark web marketplaces offer features to which users of legitimate websites have grown accustomed. For example, these marketplaces allow customers to review products and their purveyors for quality and service. Perhaps due to this, brand owners have found that counterfeits being sold through these marketplaces are of extremely high quality and difficult to distinguish from genuine products.

As one would expect, given their often blatantly illegal purposes, usage of dark web marketplaces is relatively small at present. However, as with e-commerce during its nascent stage, and given concerns about privacy on the Internet, usage could grow, with the rising tide sweeping in less sophisticated, more mainstream consumers. Already, web tools have been created that allow users to view ‘.onion’ sites through a surface web interface without installing Tor. On the supply side, as brands increase their enforcement efforts, counterfeiters may increasingly find a haven in dark web marketplaces. If usage of these marketplaces grows without any accompanying policing, they will threaten to become a major source of counterfeit and other infringing goods. Additionally, the sale of products next to products such as illegal narcotics and weapons will further damage the goodwill value in those marks.

The sale of “counterfeit and/or stolen goods” through a number of ‘.onion’ markets was alleged as part of the US Department of Justice’s complaint, filed in its action to seize Silk Road 2.0 and 26 other ‘.onion’ websites.

Many brand owners – through counsel and brand protection providers – are already monitoring for sales of counterfeits of their products through dark web marketplaces. Tor’s anonymising effects make it difficult to locate the servers of dark web marketplaces in order to try to shut them down. This is true in part because ‘.onion’ is not an actual top-level domain, but rather a name used by Tor to refer to sites on its own network. However, law enforcement efforts resulted in the seizure of over 400 ‘.onion’ addresses and the servers hosting them as part of the Silk Road and Silk Road 2.0 operations. While it is not known how law enforcement zeroed in on these IP addresses, other groups have also claimed to be able to break Tor and obtain IP addresses and locations of servers. These methods may at some point trickle down to private investigators and other parties enforce private rights. Law enforcement has had some success tracking Tor users by installing forms of spyware on their computers, although such a practice by private investigators or brands would likely be too legally risky to justify. In any case, brands can always provide tips to or otherwise cooperate with law enforcement in combating dark web counterfeiting.

Despite Bitcoin’s pseudonymous nature, law enforcement has also had some success tying Bitcoin accounts to their real-world owners by correlating transactions, which are a matter of publicly available record, with other actions of connected individuals tracked through traditional investigatory techniques. Additionally, in order to use Bitcoin, holders generally need to convert them into national fiat currencies. This results in Bitcoin exchange records and bank or other payment account records which are tied to an individual’s identity and are subject to investigation and various forms of discovery. Thus, although dark websites do not make use of third-party payment processors – which are subject to subpoena and which have an interest in cooperating with the judicial system – brands, investigators and counsel may still track cash flows.

For now, both the deep web and dark web are by definition impossible to survey using conventional search engines. However, as recently highlighted by 60 Minutes, the US military’s defence Advanced Research Projects Agency is developing a search technology known as Memex which can search the deep web for law enforcement purposes, such as combating human trafficking. There is no discussion yet of using this technology to fight counterfeiting, but this is one possible avenue for enforcement if it becomes a significant enough problem. Additionally, just as Tor itself originated as a military technology and is now a civilian technology, Memex may become available as a commercial product and be used for civil enforcement of IP rights. There are even ‘.onion’ sites claiming to act as search engines for the ‘.onion’ network, although their reliability for identifying individual goods is unclear.

In summary, the bad news is that there are no easy ways to identify counterfeiters on the deep or dark web and there is a lack of easily identifiable non-party intermediaries. The good news is that the volume of counterfeiting on those platforms is more manageable for government action and is not as visible to ordinary consumers. 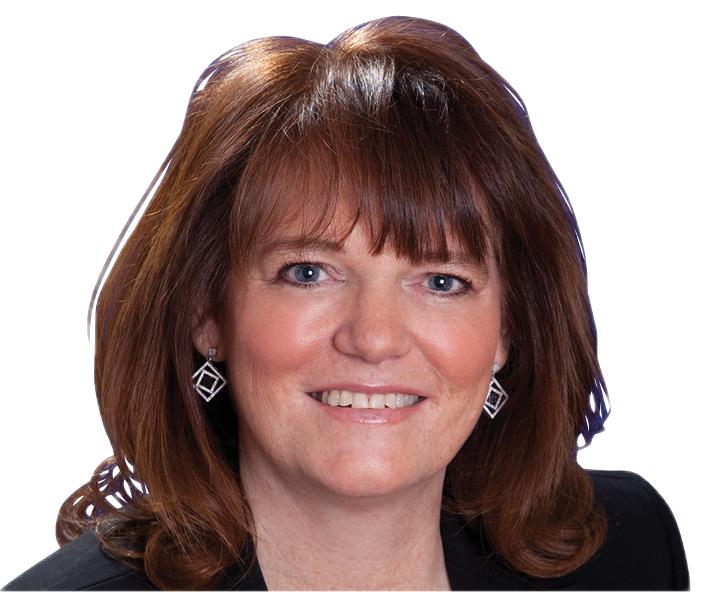 Roxanne Elings is a trademark and brand management attorney, possessing experience in anti-counterfeiting and trademark infringement. She represents clients in the fashion apparel, luxury goods, consumer electronics and entertainment industries, and is ranked by WTR 1000 – The World’s Leading Trademark Professionals 2012 as one of the top attorneys nationally in trademark prosecution, enforcement/litigation and anti-counterfeiting. 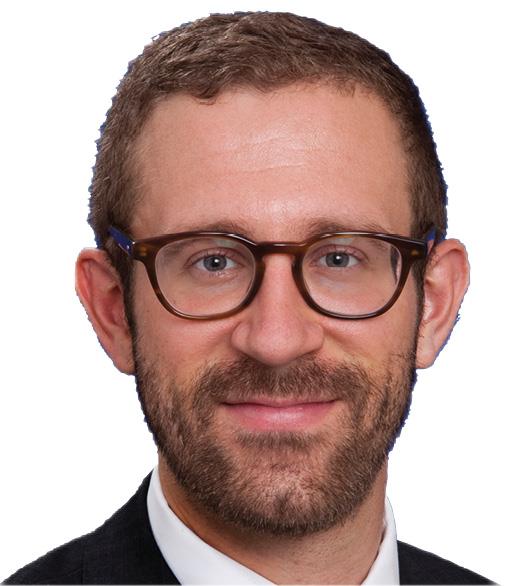