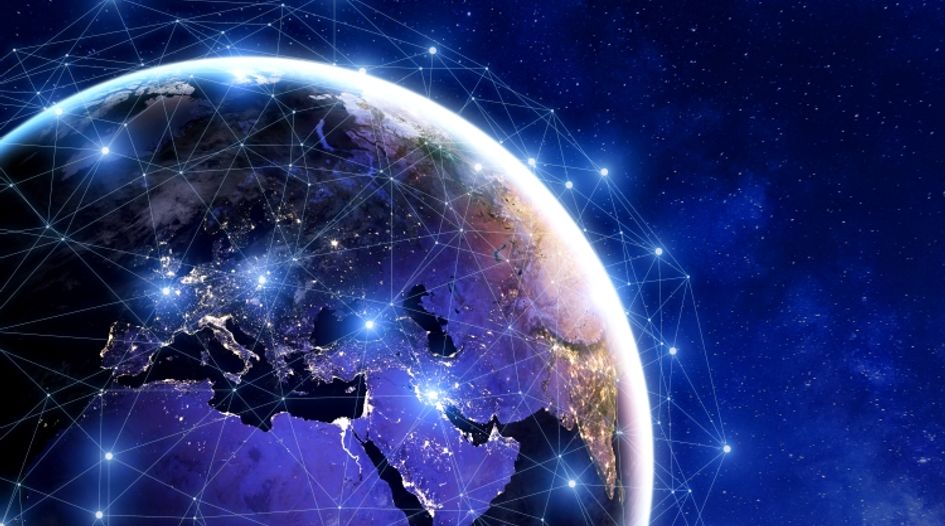 Every Tuesday and Friday, WTR presents a round-up of news, developments and insights from across the trademark sphere. In our latest edition, we look at the CEO of INTA penning a column about brand restrictions in Malaysia, a KFC restaurant in China memorialising a “Communist hero”, cannabis companies locking horns over a name, businesses in Tanzania urged to consider registered trademark protection, and much more. Coverage this time from Trevor Little (TL), Adam Houldsworth (AH), Bridget Diakun (BD) and Tim Lince (TJL).

IP Constituency objections not enough to prevent approval of EPDP report – After ICANN adopted a Temporary Specification for gTLD Registration Data – which resulted in heavily redacted WHOIS data being made publicly available, in a bid to ensure that the treatment of WHOIS data complies with the EU General Data Protection Regulation (GDPR) – a policy process was initiated to review the specification and decide whether it should become an ICANN consensus policy as is, or with modifications (by 25 May 2019). This week the GNSO Council approved the recommendations formulated during the process despite – as reported by Kevin Murphy on Domain Incite – votes against it being lodged by members of the Intellectual Property Constituency and Business Constituency. Murphy notes that the Business Community highlighted concerns that the identified legitimate purposes for collecting and processing data were deemed insufficiently precise, and that they did not include IP protection. The GNSO expects ICANN to take action on the approved policy recommendations, with a public comment period now open for 43 days. Expect the report to remain the focus of emotive debate. (TL)

Tanzania businesses urged to file marks – Businesses and individuals in the African country of Tanzania have been called upon to file trademarks in a bid to protection their non-tangible assets. Talking this week at an event organised by the International Trademark Association (INTA) and NexLaw Advocates, Tat-Tienne Louembe, the INTA representative for Africa, stated: “We believe that, through trademarks and intellectual property, the country will have the opportunity to achieve sustainable economic development because they are helping to increase value addition. It is therefore a good idea to register the name of your business as a trademark, in the event that another business tries to use the same or similar name, you will have legal recourse to stop it.” For INTA, it has pledged to better raise awareness of IP rights across the African continent. Events like the one are a demonstration of this pledge being realised. (TJL)

Questions raised over ‘revenue stream’ of Amazon Project Zero – When Amazon announced its new anti-counterfeiting programme last week, called Project Zero, it generally garnered positive feedback from brand owners. But there has also been some concerns raised. For example, on Econsultancy, columnist Patricio Robles questioned whether brands should be wary of the possibility that Amazon could turn Project Zero into a way to make more money. While the automated counterfeit detection technology and fakes removal tool will be free to use, the product serialisation will cost between $0.01 and $0.05 a unit. “When one considers just how much Amazon is often already taking from each transaction, the fact that Amazon can turn something that should be its liability – counterfeit enforcement – into a revenue stream highlights just how powerful it has become,” states Robles. “[So] even as brands embrace Project Zero, they’d be wise to keep that in mind.” (TJL)

INTA CEO pens column about brand restrictions in Malaysia – The threat of brand restrictions has been looming large in Malaysia recently, following the country’s health minister voicing their intention to introduce plain packaging on tobacco products. For that reason, then, the CEO of the INTA penned a column for the Malay Mail this week about the risks of such brand restrictions. He began, though, on a positive note: “To be sure, INTA commends efforts to address public health concerns such as smoking. Nonetheless, the association is very concerned about the negative impact that plain packaging will have on brand and consumer protection, now and in the future.” Ultimately, he states, he urges the Malaysian government to consider “real solutions to address public policy concerns”. Time will tell whether such a message leads to a u-turn. (TJL)

In-N-Out files for trademark infringement against Puma – In-N-Out has accused Puma of trademark infringement for its launch of a Drive-Thru footwear products. The fast food joint has alleged that the shoes, Cali-0 Drive-Thru and California Drive-Thru, use In-N-Out’s registered palm tree mark, and that the design elements are similar to the red and yellow which the brand uses. Puma has been advertising the collection on Instagram with burger-themed videos, promoting “the Cali lifestyle: it’s burger diners”. In-N-Out has highlighted the use of hamburgers in the lawsuit, as it is one of its main products, thus adding to the potential for confusion among consumers. The fast food joint has requested an end to the production of Drive-Thru shoes along with any related advertisements. The company is further pursuing damages, as well as requesting to be awarded any profits related to the sales of the shoes. (BD)

Cannabis companies in different states lock horns over name – Trademark litigation has arisen between two marijuana companies called ‘Harvest’, both of which claim to have exclusive rights to the moniker. Californian boutique marijuana dispensary Harvest obtained state trademark rights in 2018. It is alleging trademark infringement against a much larger Arizonan company, Harvest Health and Recreation, which has licenses to roughly 90 stores across the US, including one recently-opened shop and six proposed sites in California. The Arizonan outfit claims to have business-to-business links with California dating back to 2012, before the other company opened its first location in 2016, and says it has federal rights to its name and logo (although these are being challenged by the plaintiff, on the grounds that they are being used for federally illegal activities). (AH)

Chinese companies sued by Facebook over trademark infringement and related offenses – Last Friday Facebook announced efforts to end the sale of fake accounts, which included a lawsuit filed in US federal court against four companies and three people in China. Facebook’s vice president and deputy general counsel, litigation, Paul Grewal, says that “by filing the lawsuit, we hope to reinforce that this kind of fraudulent activity is not tolerated, and that we’ll act forcefully to protect the integrity of our platform”. Among other offences, the lawsuit alleges the infringement of the platform’s trademarks on their websites. Facebook was not the only targeted site, with promotion of fake Instagram, Amazon, Google, LinkedIn and Twitter accounts also mentioned. According to The Verge, Facebook has requested the court to ban these companies from creating fake accounts, and to award Facebook all of the profits made from such accounts, as well as $100,000 for each infringing domain name. (BD)

Chinese court reject ‘vulgar’ trademark appeal – Two Chinese celebrities have failed in their appeal  against a Trademark Review and Adjudication Board (TRAB) decision to reject their trademark application on grounds of vulgarity, it has been reported. In 2010, singer Wilber Pan Weipo and TV presenter Li Chen sought to register MLGB, which they say stands for “making life get better’, but which can mean “motherf***ker’ in standard Mandarin (Putonghua). In 2016, the TRAB deemed the proposed mark invalid because of its crude meaning, a decision that was upheld on Friday by the Beijing High People’s Court, which sad the name could have a negative influence on young people. (AH)

IPOPHL on the up – The Intellectual Property Office of the Philippines (IPOPHL) has seen IP filing levels jump by 15% in 2018, reports The Manila Standard. The rise, to 43,461 applications from 38,801 in 2017, also increases the five-year average growth rate to 7%. One factor behind the rise, the outlet states, was the office’s deployment, in 2018, of a suite of online filing systems for trademarks, invention, utility models and industrial designs. In our recently published IP Office Innovation Ranking, IPOPHL came in joint tenth place. In that piece we noted that the office also recently confirmed that all IP cases in the country (including IP violations, oppositions and cancellations) would be bound by mandatory mediation – a move designed to ensure a quicker, more cost-effective and more amicable means of resolving IP disputes. It has clearly been a busy year for the office, which is pushing forward with new tools and initiatives, and now seeing the results. (TL)

Singapore reveals IP skills development plan – With the target of developing talent and creating jobs in the IP sector, Singapore is to launch its first national level skills development framework for the sector. Channel News Asia reports that the announcement was made by Senior Minister of State for Law, Edwin Tong, in a speech to Parliament, in which he noted: “This framework will provide comprehensive information on the career options, skills needed for the various job roles, and also the relevant training programmes relevant for the IP sector. This will aid in the upskilling of new entrants and also existing IP professionals." Tong also revealed that the Ministry of Law is reviewing the IP dispute resolution system to make it more "accessible", in particular for individuals and SMEs. (TL)

KFC dedicates restaurant in China to “Communist hero” – The Associated Press reported today that fast food giant KFC has opened a restaurant in China to memorialise “popular Chinese Communist hero Lei Feng”. According to the article, the company launched its first “Lei Feng Spirit” restaurant in Hunan this week. Lei Feng was a soldier in the People's Liberation Army who died in 1962 at the age of 21. According to the article, “the KFC restaurant in the provincial capital of Changsha is decorated with Lei’s writings and image”, and “KFC plans to promote the Lei Feng spirit in its over 250 outlets in the province and encourage its staff to learn from the role model”. The tweet promoting the article claims this move is “a rare matching of an iconic American brand with Communist propaganda”, although the article notes at the end that KFC in China is run by Yum China, which has been a licencee of parent company Yum Brands since 2016. Of course, such a nuance that KFC in China is a separate entity than KFC elsewhere is lost on social media – with many users claiming they will now boycott the entire brand because of this move. It is doubtful that KFC in the USA will respond to this move, although if the backlash grows, it may have no choice. (TJL)

Bomhard IP announces promotion – Johannes Fuhrmann has been promoted to partner at Bomhard IP. Based in Alicante since 2011, Fuhrmann is an expert in EUTM proceedings, with a special interest in the protection and enforcement of non-traditional trademarks. His advises  international clients on multi-jurisdictional matters and has handled more than a dozen proceedings before the General Court and the Court of Justice of the European Union. (TL)