The food and beverage industry provides one of the finest examples of how the appearance of a product can be protected through a wide range of trademarks. Rights holders can seek protection not only of a product’s name, but also the product itself, its packaging and colour, even the typeface used.

In November 2016 the owner of the well-known Toblerone brand Mondelēz announced that, due to the rising cost of ingredients, it would be widening the gaps between the Toblerone bar’s distinctive triangular chunks, in an effort to avoid increasing its prices.

The decision evoked scathing criticism from consumers and may have affected the vulnerability of the company’s three-dimensional (3D) trademarks as a result of non-use.

As the European Court of Justice (ECJ) adopts increasingly stricter interpretations of the absolute grounds for refusal, owners of 3D marks in particular face significant challenges.

Even if a 3D trademark has been successfully registered, it may be difficult to enforce. Recent case law from cancellation and opposition proceedings in both Germany and the European Union has had a significant impact on German litigation.

In August Storck KG v EU Intellectual Property Office (EUIPO) (Case C-471/16 P, May 4 2017) the ECJ upheld the rejection of an application by a German company for a figurative trademark representing a white and blue square-shaped packaging for goods in Class 30.

The court highlighted that the case law relating to 3D marks which consist of the appearance of the product itself also applies to figurative trademarks which consist of a two-dimensional representation of the product. Therefore, it found that the General Court had not erred in applying the principle that only a mark which departs significantly from the standards of the sector – thereby fulfilling the essential function of indicating its origin – can be held as distinctive.

In this case, the ECJ found that the white and blue colours were commonplace and would be perceived by the relevant public as presentational elements. The interpretation that these colours represented a snow-covered mountain and a blue sky would not be obvious to consumers. Since such patterns appear frequently on the packaging of similar products, the additional images affixed to the mark, as well as the packaging’s grey edges, were insufficient to establish distinctiveness.

In Société de Produits Nestlé SA v Cadbury UK Ltd (Case C-215/14, September 16 2015) the ECJ considered the request for a preliminary ruling concerning the interpretation of Articles 3(1)(b), (e)(i) and (ii) of Directive 2008/95/EC with regard to a 3D mark representing the four-finger KitKat shape.

The court was asked whether the shape of the KitKat bar was functional on account of the fact that its essential characteristics allow for efficient de-moulding, packaging and distribution, and – more generally – optimised mass production of the goods.

The court answered that the absolute ground for refusal applies where the shape allows a product to achieve a desired technical result when the product is in use, but it does not apply to the manner in which the goods are manufactured.

Even where trademarks have been registered through proof of trade acceptance, a number of decisions have been issued to cancel such marks.

On November 4 2016 the German Federal Patent Court cancelled two 3D marks for square-shaped chocolate bar packaging on the grounds that it was ineligible for protection (Case 25 W (pat) 78/14). The court found that the shape of the packaging was as a result of the product inside; therefore, protection could not be sought by means of trade acceptance. The packaging consisted of a flat, square bag with a longitudinal seal that served as an opening – a feature often used on similar goods. The square shape, which deviated from the usual rectangular shape of chocolate bars, served practical advantages in terms of packaging, storage, transport and portioning.

In addition, on December 27 2016 the court cancelled a 3D mark for the Dextrose bar’s “square bar with score” design on the grounds that it comprised a shape which was required to achieve a technical effect (Case 25 W (pat) 59/14). The court found that the cuboid shape had a significant space-saving effect with regard to storage and packaging, and was easier to handle than conventional packaging. The angled corners and beveled edges achieved no technical effect and merely eased packing. However, the central recess as the defined breaking point served the technical purpose of creating an easier, more even portion.

In an earlier April 22 2016 proceeding, the Federal Patent Court also cancelled the 3D mark for chocolate sticks, finding that a thin stick with a circular cross-section, wavy longitudinal extension and sprinkled-on crumbs was not distinct from the variety of shapes and surfaces in the chocolate sector (Case 25 W (pat) 8/09).

However, on June 30 2016 the court approved an application for a design comprising a wrapped cough sweet with a strip hanging downwards (Case 25 W (pat) 33/13). The court found that the small strip served no technical function, as consumers could unwrap the sweet by pulling it apart at the sides. Therefore, as an aid to unwrapping, the strip was superfluous. However, as a design feature, it distinguished the product from conventional cough sweets and had been used by the applicant for almost 100 years.

Proof of genuine use of a trademark is required if the grace period of use has expired.

In Nestlé Unternehmungen Deutschland GmbH (Case T-483/12, September 15 2015) the General Court held that where the distinctive character of a trademark lies in the combination of three equally important elements – in this case, hexagonal packaging, the word “Koala” and the depiction of koalas and eucalyptus – minor graphical modifications may not alter the distinctiveness of the mark. In turn, modifications that lead to the elimination of one element (eg, removal of the koalas or replacement of the hexagonal packaging with a pouch) are liable to alter the distinctive character of the mark as registered.

The court found that the goods – mainly confectionary – were identical. However, the marks were phonetically only similar and visually similar to a low degree. The court concluded that, conceptually, ‘gummy’ was not a basic English term and would not be understood by the relevant Spanish-speaking public. Therefore, even if consumers perceived the marks visually, the fact remained that – considering the type of goods and the consumers’ low level of attentiveness – the low degree of visual similarity was insufficient to exclude a likelihood of confusion.

In Franmax UAB v EUIPO (Case T-21/15, April 26 2016) the General Court also confirmed a likelihood of confusion between the trademark DINO and the device of a dinosaur.

The court confirmed that the goods in Classes 29 and 30 were similar to a certain extent and that the marks were visually similar to an average degree as they both depicted a “cartoon-like image” of a friendly and happy-looking dinosaur. The phonetic comparison was irrelevant, given that a figurative mark without word elements cannot be pronounced. Conceptually, the marks were highly similar, insofar as they both referred to a moving dinosaur giving the impression of a friendly, happy creature.

When it comes to litigation, uncertainty can arise over the likelihood of confusion, particularly with regard to the assessment of similarity. This is due to the fact that consumers will not generally consider the shape of a product as an indication of its origin.

On October 21 2015 the Federal Court of Justice held that a chocolate bar, which was almost identical to the well-known Bounty bar, infringed the prior 3D mark registered on the grounds of acquired distinctiveness. It found that the Bounty mark was of average distinctiveness and that the goods in question were identical. Moreover, the court had to decide whether the infringing product constituted use as a trademark. It held that where there is a high degree of similarity, trademark use must be automatically assumed, as consumers will expect the infringing product to have the same commercial origin. However, if the relevant marks demonstrate significant differences, use of the disputed mark must be examined separately and denied.

Although the need for 3D trademarks in the confectionary industry is unbowed, the likelihood of achieving registration and the scope of protection when granted is extremely limited.

As demonstrated by the case law, rights holders face considerable difficulties in registering their 3D trademarks, given the high threshold of distinctiveness applied by the courts. Even if a 3D mark has been registered, cancellation proceedings are often successful when rights holders are faced with the additional obstacle of their mark being functional.

Once registered, infringement may depend on the marks’ similarity, assuming that the goods in question are identical and the 3D trademark is highly distinctive. If additional elements (eg, words) are introduced, rights holders risk diminishing the distinctiveness of their 3D marks. 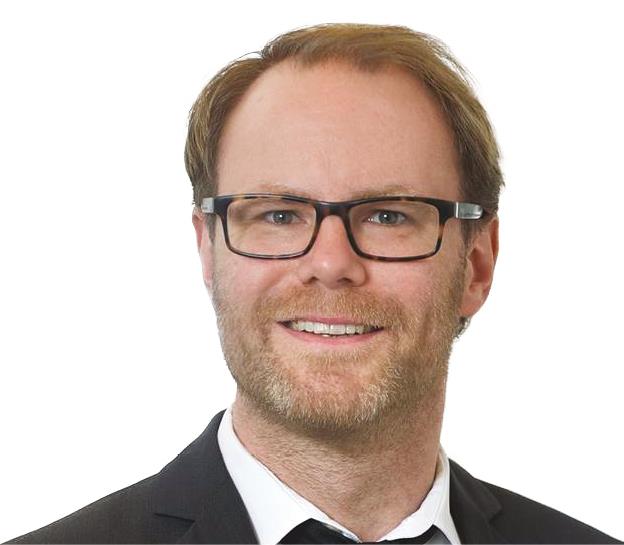 Oliver Nilgen obtained his law degree from the University of Bremen, specialising in IP law. He served his legal clerkship with the Dusseldorf Regional High Court. He gained experience through legal internships as assistant to one of the members of the EU Intellectual Property Office’s First Board of Appeal.