Recent case law reveals uncertainty around the scope of protection for the overall appearance of a product or its parts. When it comes to unfair competition principles, decisions can be unpredictable

An infringer’s aim is to imitate the look and feel of a successful competing product and create the same overall impression. In Germany, copying products for which no protection exists is generally lawful, provided that this does not qualify as an unfair trade practice.

‘Trade dress’ refers to characteristics of the visual appearance of a product or its packaging (including the design of a building) that identify the product’s source to consumers. However, German law includes no definition of ‘trade dress’ so the overall appearance of a product or its parts is protected under trademark rights, design rights or copyright.

While a product design can be protected as a three-dimensional (3D) trademark, protection is available only to signs which are distinctive and do not consist exclusively of shapes resulting from the nature of the goods themselves.

On February 24 2016, in Case T-411/14, the General Court held that the Coca-Cola bottle was not sufficiently distinctive to be registered as a 3D trademark. It separately considered the lower, middle and upper parts of the bottle with regard to their distinctiveness, compared to other bottles on the market. It concluded that the applied-for mark comprised a combination of elements, each of which was likely to be commonly used in the trade of the relevant goods; therefore, the 3D mark was devoid of distinctive character.

Even where a 3D trademark has been successfully registered, the scope of protection may be limited.

On January 20 2015, in Case 4 U 124/14, the Higher Regional Court of Hamm found no infringement in a case involving a 3D mark representing the head of an electric bass guitar.

The plaintiff, proprietor of the word mark GOLDBÄR (‘golden bear’), had claimed infringement through the defendant’s sale of chocolate bears wrapped in gold foil. The court found that the defendant’s product design did not infringe the plaintiff’s word mark, stating that the similar designs of the products should be disregarded, as only the underlying meaning is relevant when comparing a word mark and a 3D design. The court identified several other descriptions that consumers would naturally apply to the defendant’s product (eg, ‘chocolate bear’) – indicating that the plaintiff’s word mark was not the only conceivable name.

Design protection is available on a national level, as well as through registered Community designs and unregistered Community design rights. Design protection requires that the design be new and possess individual character. Neither condition is examined by the German Patent and Trademark Office or the EU Intellectual Property Office; rather, the validity of a design right is assessed during potential litigation or cancellation proceedings.

The General Court confirmed the board of appeal’s assessment that neither design conferred the same overall impression on two grounds:

Therefore, the registered designs were found to be valid.

On October 6 2015, in Case I-20 U 213/14, the Higher Regional Court of Dusseldorf considered whether a registered wooden stool design was infringed.

The court of first instance ruled in favour of the plaintiff, confirming the design infringement. However, the Higher Regional Court of Dusseldorf found that when several representations are submitted for registration, the scope of protection must be construed from these images. In this case, the plaintiff’s design was registered using two images – both clearly showing the same object. Therefore, the scope of protection was not limited to merely the overlapping characteristics.

The court ruled that there had been no infringement of the plaintiff’s design, as the plaintiff’s stool consisted of four visible parts, but the defendant’s of only one.

Historically, German jurisprudence has required works of applied art to reach a high standard of originality – higher than for other works of art – to be protected by copyright law.

On November 13 2013, in Case I ZR 143/12, the Federal Court of Justice abandoned this higher threshold in its landmark Birthday Train decision. However, it provided no definite guideline on where the threshold now lies and which works are now protected.

In Birthday Train II (Case 6 U 74/10), the Higher Regional Court of Schleswig applied two criteria to decide whether a work of applied art is protected by copyright law:

A number of rulings have subsequently been issued by the district courts considering the new criteria established in the Birthday Train decisions.

In Case 3 U 1874/13, the Higher Regional Court of Nuremberg found that a soccer league table distributed to Kicker was protected by copyright law. However, it determined that the scope of protection was extremely narrow and therefore the defendant’s table was not similar enough to infringe that copyright.

In Case 6 U 34/15, the Higher Regional Court of Cologne ruled that the famous “kissing mouth” image painted on the outside of AIDA cruise ships was protected by copyright law. However, it found that no infringement had occurred, as it is permissible to reproduce works that are permanently located in open spaces.

Further, in Cases 37 O 28164/13 and 29 U 4823/13, the District Court and the Higher Regional Court of Munich found that both a graffiti tag and a graffiti logo were protected under copyright law. In Case 310 O 212/14, the District Court of Hamburg decided that a bottle label was open to copyright protection, even though it represented a product design that included only the wording “5.0 Original”.

As is evident from these cases, works of applied art – particularly for ornamental surfaces – are now more often protected by copyright law as a result of the lower threshold for originality. However, infringement should not be assumed, due to the limited creative leeway which applies in most cases.

The Unfair Competition Act provides that an unfair practice occurs only if the imitated products:

The German courts regularly require that imitated goods exhibit “competitive individuality”. Thus, a product must have distinctive aesthetic or technical characteristics which make it ‘special’, distinguishing it from comparable rival products and therefore serving as an indication of the product’s origin.

This case law was confirmed by the Federal Supreme Court in Case I ZR 107/13, in which it stated that an element formerly protected by a patent can form the basis for a product’s competitive individuality if the specific shape of that element is not technically necessary, but can be replaced by a different design that serves the same technical purpose without loss of quality.

On January 20 2015, in Case 11 U 101/12, the Higher Regional Court of Frankfurt found no infringement of the shape and colouring of the plaintiff’s glass water pipes. Instead, it found that all of the similar elements could also be found in the products of other water pipe manufacturers. Further, the defendant had printed its logo on its products in a prominent way. According to the court, this alone ruled out a likelihood of confusion between products.

Recent developments in German case law, particularly with regard to the low threshold for copyright protection, have created some uncertainty around the scope of protection for certain works or products. When it comes to the application of unfair competition principles, decisions can therefore be unpredictable.

Nonetheless, as claims based on unfair competition are not retraceable and depend mostly on the information and evidence filed by the plaintiff, this remains a strong weapon against copying of trade dress packaging designs. 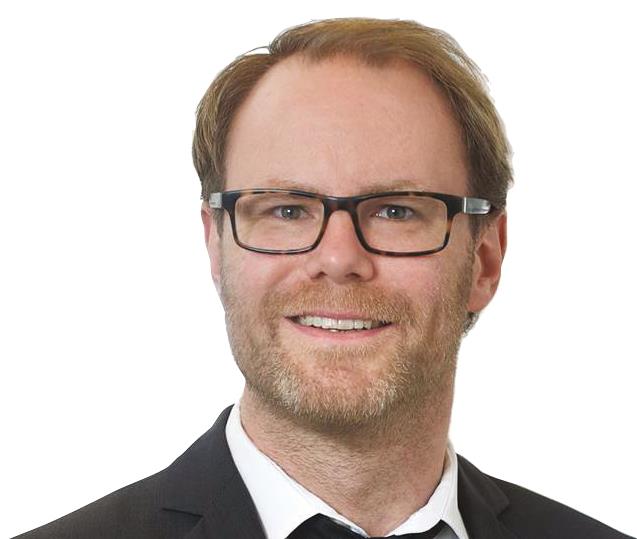 Oliver Nilgen obtained his law degree from the University of Bremen, specialising in IP law. He served his legal clerkship with the Dusseldorf Regional High Court and gained experience through legal internships as assistant to a member of the EU Intellectual Property Office’s First Board of Appeal.