Protection for unregistered marks still varies according to the sector. The Federal Supreme Court’s wetter.de decision demonstrates that requirements for distinctiveness are higher for mobile applications than other titles of works

Although the requirements for acquiring trademark protection vary significantly in Germany, the scope of protection is ultimately the same. Owners have the right to exclusive use of their mark, as well as to an injunction and a compensation claim if their mark is infringed (Section 14 of the Trademark Act).

The Trademark Act sets out two types of protection for unregistered marks.

First, a trademark can acquire protection through use in the course of trade if it is recognised by the public in the relevant market (Section 4(2)).

Second, a trademark can acquire protection through notoriety if it has a high degree of distinctiveness among consumers and a commercial value as a result of prolonged use (Section 4(3)). While the market recognition must exceed 60% or 70%, actual use of the mark is not necessary.

However, owners of unregistered trademarks must overcome higher hurdles than those of registered marks. For example, if an unregistered mark has acquired a reputation in a specific German region, its protection is limited to that location only.

Unregistered trademarks must also meet material law requirements for quality. They must be capable of distinguishing the goods or services of one party from those of another (Section 3(1)), and must function as an indicator of origin. Finally, there must be no absolute bar to protection (Section 8(2)).

Commercial designations (eg, company symbols and titles of works) can also be protected as unregistered trademarks.

‘Titles of works’ are defined as the names or special designations of printed publications or cinematic, musical, theatrical or other comparable works (Section 5(3) of the Trademark Act).

In its wetter.de decision, issued in 2016, the Federal Supreme Court followed prevailing legal opinion to hold that mobile applications (so-called ‘apps’) also fall within this definition.

Under the Trademark Act, ‘works’ are defined as all intangible work results that – as the subject matter of legal and business transactions – can be recognised from their name by the public.

Since computer programs have already been characterised as intangible works by various courts, the Federal Supreme Court found that apps are application programs for mobile devices and therefore intangible works eligible for protection.

Unlike unregistered trademarks, titles of works need not function as indicators of origin or gain prominence through use in order to be protected. Instead, protection can be acquired merely through use of the trade designations.

However, titles of works must possess sufficient inherent distinctive character – that is, they must be capable of individualising a work and distinguishing it from another.

The Federal Supreme Court found that the title wetter.de (weather.de) was purely descriptive of the work’s content, which provided information and services regarding the weather. The addition of ‘.de’ was insufficient to individualise the work, as the public would recognise ‘.de’ as a country code, similar to a country-code top-level domain. Under the Trademark Act, the term ‘wetter’ must therefore remain freely available on the market.

Here, the guideline states that the more original the title, the stronger its distinctive character.

In contrast, the Federal Supreme Court has lowered the requirements for other titles of works; particularly when the public is accustomed to descriptive titles in a particular sector and will therefore pay close attention to differences – as is often the case with newspapers and magazines, as well as radio and news broadcasts (eg, television guides TV Today, TV Movie and TV direct). Further, titles of works that are not originally distinctive can still acquire distinctiveness through market recognition where a substantial part of the relevant public (ie, more than 50%) recognises the title as that of a specific work.

According to the Federal Supreme Court, the low requirements for newspaper, magazine and other periodical titles do not apply to mobile apps. This is due to the fact that apps are a new medium compared to print publications. It cannot be assumed, therefore, that the public is already accustomed to purely descriptive titles for apps.

Consumer awareness and consumption of apps and magazines are also very different. While a consumer downloads an app only once, he or she will be confronted with the title of a magazine many times, with each latest edition.

The way that products and their titles are presented vary as well. Magazines are purchased in shops and kiosks, which offer a wide selection for one topic. Selecting the right magazine therefore requires consumers’ increased attentiveness.

In contrast, apps are purchased via a link or as a result of a specific name. In the Federal Supreme Court opinion, users do not browse app stores to find the right app and the variety of apps is limited.

The Federal Supreme Court concluded that the relevant market is not yet accustomed to designations that describe the content of mobile apps. Therefore, it found that the titles wetter DE, wetter-de and wetter-DE did not infringe wetter.de, as used for weather information services.

Development in the area of apps remains to be seen. It should be kept in mind that the wetter.de decision concerned an app which commenced use in 2009. Therefore, the court had to consider the inherent distinctive character acquired at that time.

It is unlikely that the same decision would be issued today. Digital media is advancing rapidly. The number of subscribers to digital magazines is increasing and smartphones are used by most individuals for personal and business affairs. The same applies for the selection and use of apps.

Users not only search for specific apps or topics in app stores, but also browse these stores for interesting new apps.

Nevertheless, the wetter.de decision shows that – at least for now – it is essential for companies to protect their apps properly by registering either the name or logo as a trademark or by registering the design of the app. 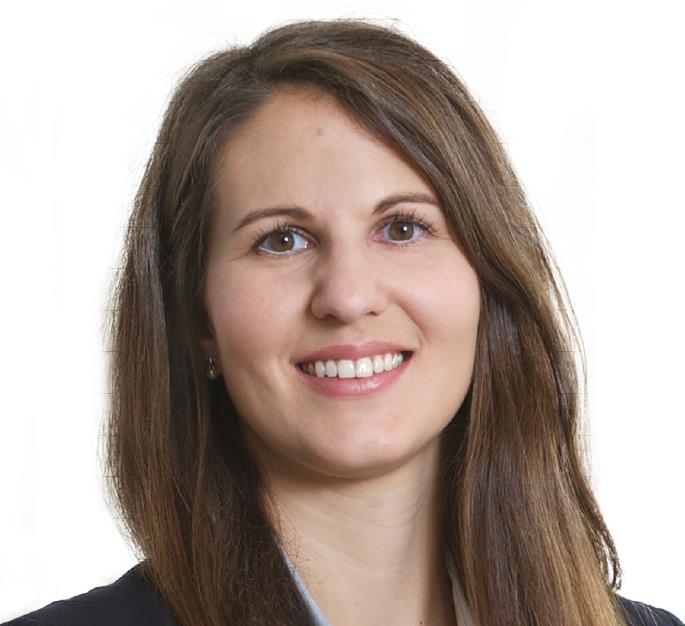 Vanessa Probst studied legal sciences at the Ludwig-Maximilians University, Munich and the Ritsumeikan University, Kyoto. She served her legal clerkship with the Munich Regional High Court and gained international experience through legal internship in a law firm in Japan.

Ms Probst has been a lawyer at Meissner Bolte since 2016. Her practice focuses on consultation and representation in the field of trademark, competition, design, copyright, patent, employee invention and contract law.