As more and more companies use the Internet to sell goods and services, it is crucial to register the right domain name and then to protect it effectively

Domain names are integral to how companies communicate with existing and potential customers. Customers in turn expect that all relevant information about a company, product or service will not only be available on the Internet, but also be easy to find.

However, numerous legal problems can arise for companies intending to register a domain name, as well as for companies that already own one. It is thus essential that companies know their legal rights in this area. This article provides a brief overview of potential conflicts in light of relevant German legislation and case law, along with practical advice for resolving such disputes.

With regard to the country-code top-level domain (ccTLD) ‘.de’, the Supreme Court has held that this is not a dominant element of a domain name – rather, it is understood by the addressed audience to be merely functional (Supreme Court, GRUR 2009, 1055 [margin no: 66], airdsl). Instead, the court found that the second-level domain only (ie, the part between ‘www.’ and the TLD ‘.de’) is relevant for trademark infringement assessment. However, this may change in the future as more individual and distinctive TLDs become available.

For example, the Dusseldorf Appeal Court recently decided that the owner of the trademark MEISSEN ZWIEBELMUSTER could not successfully assert claims against the owner of the domain ‘zwiebel-muster.de’ (GRUR-RS 2016, 06485, zwiebel-muster.de). The common component ‘zwiebelmuster’ would be understood by the addressed audience as a generic term for a specific porcelain decoration and did not indicate a specific origin.

It is also possible that the registration and use of a domain name can infringe a work title (Sections 5(1) and (3) of the Trademark Act) owned by a third party under the same conditions set out above.

The registration of a domain name might also infringe a third party’s trade name (Sections 5(1) and (2) of the Trademark Act) or name right (Section 12 of the Civil Code). The assessment of such a possible infringement is similar to the assessment for trademark infringement.

Recent decisions on this issue include the Cologne District Court’s holding that the domain ‘fc.de’ infringed the name right of the football club 1 FC Köln (LG Köln, GRUR-RS 2016, 14565, fc.de).

A trade name or name right and a domain name will not be found similar where the addressed audience understands that the domain name functions exclusively as a description of the goods and services offered on the website (eg, because the domain name is understood as a generic term for specific products).

The Frankfurt Appeal Court, for example, had to decide on a case regarding the domain name ‘ki.de’. The plaintiff argued that ‘ki’ was its trade name, which it used in the course of business and thus had established a name right under Section 12 of the Civil Code. It thus held that the domain name in question infringed its rights.

The defendant countered that ‘ki’ was understood by the addressed audience to be a generic term for all goods and services involving künstliche intelligenz (artificial intelligence).

The appeal court rejected the defendant’s arguments and found that the domain name was infringing. It explained that the addressed audience would not exclusively understand ‘ki’ as a generic term for artificial intelligence – internet searches demonstrate that the term is also used in other contexts.

A domain name not only has an address function, but also serves to differentiate the owner of the domain name and the goods and services offered under it from others. In other words, a domain name has an advertising function. Consequently, it may qualify as a misleading advertisement.

The Dusseldorf Appeal Court (Docket no: I-2 U 30/14) had to decide on the use of the domain ‘resort-B.eu’, under which the defendant offered a single holiday home for rent.

The applicant argued that the use of the term ‘resort’ for a single holiday home violated Section 5(1) of the Unfair Competition Act. An average consumer would expect a resort to consist of more than one holiday home; typically, a resort also comprises restaurants and leisure facilities.

Given that there were no restaurants or other leisure facilities surrounding the holiday home, the court found the domain name to be misleading.

Another relevant issue in connection with domain names is domain grabbing or cybersquatting. This is the practice of registering designations – especially well-known company names, trade names or trademarks – as domain names in the hope of reselling them at a profit to the company in question.

Section 4(4) of the Unfair Competition Act prohibits such registrations when this is a “deliberate obstruction of a competitor”. The act defines an ‘obstruction’ in this sense as when the owner of a distinctive designation is prevented from registering the corresponding domain name due to the first come, first served principle (Supreme Court, GRUR 2008, 1090 [marg no: 25], affilias.de).

Whether the obstruction is also deliberate must be assessed by considering whether the domain’s registration constitutes an abuse of the law (eg, if it is obvious that the domain name’s owner has no intention of using it, but rather intends to sell it to the owner of a corresponding trademark or trade name (Supreme Court, GRUR 2008, 1099 [margin no: 33], afilias.de; Supreme Court, GRUR 2009, 685 [margin no: 43, 46], ahd.de)).

Typosquatting is a particular form of cybersquatting. Instead of registering a domain name corresponding to a specific (well-known) designation, domain names are registered which reflect common misspellings of an existing domain name.

Owing to the nearly identical nature of the typosquatter domain name and the original domain name, such matters are usually handled as trademark, work title or trade name cases – or violations of Section 4(4) of the Unfair Competition Act (Supreme Court, GRUR 2014, 393, wetteronline.de). However, these seldom result in a court finding that the name right has been violated (Section 12 of the Civil Code), as the rights holder can still register the domain (ie, its correctly spelled company or trade name).

Legal literature discusses whether situations might arise where the addressed audience is of the opinion that the website offers all available goods or services relating to the general term, when in fact it does not. Such a situation might occur if one owner has registered all variants of a domain name covering a generic term. However, as yet there is no relevant case law in this area.

Checklist when registering a domain name

Before registering a domain:

Protect your domain names by filing corresponding trademarks or by establishing a corresponding company name or trade name if possible. Should a dispute arise at some point, it is helpful to have as many protected designations as possible. 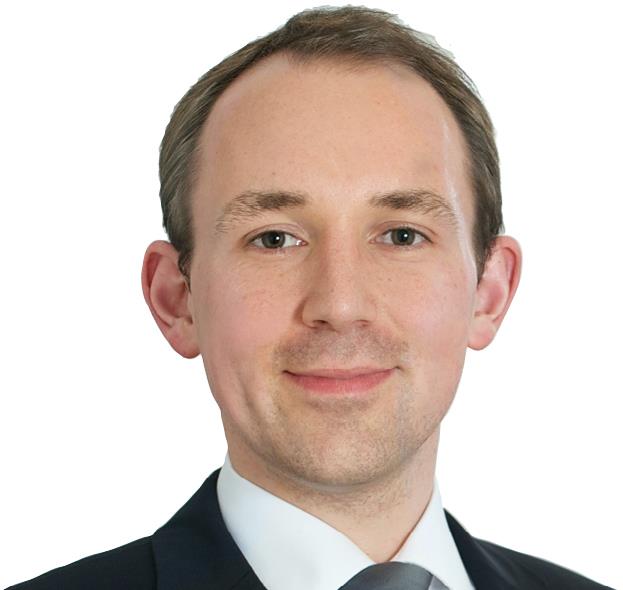 Andreas Kabisch advises on all legal aspects of IP rights. He specialises in patents, unfair competition and trademark matters, out of court and in court. Mr Kabisch is a certified IP lawyer and has an LLM in European law. He is also a business mediator at the Munich Centre for Dispute Resolution.