In Germany, admissibility of the publication of images rests on the facts of the case. Recent Federal Court of Justice case law could offer guidance on the extent of the right to control one’s own image

In Germany, publicity and image rights essentially encompass an individual’s right to control his or her own image. This right is guaranteed by three core pieces of legislation:

Protection for image rights dates back to Germany’s first paparazzi case in 1907. In this case, photographers had trespassed into the room of deceased Chancellor Otto von Bismarck to photograph his dead body. At the time, the court could prevent the dissemination of the photos based on trespass only. As a result of this gap in legal protection, the Law Regarding the Author’s Rights was implemented (see Fricke in Wandtke/Bullinger, Praxiskommentar zum Urheberrecht, 4th edition 2014, Section 22 1).

Image rights (ie, the rights of an individual to control his or her own image) comprise two core elements: the general rights of personality and the law of property. Under the general rights of personality, only the depicted individual may decide whether, when and how he or she wants to be represented to third parties or depicted in public (see Fricke, ibid, Section 22 3). Under the law of property, the individual may consent to the publication of his or her image, subject to an indemnification (see Section 22(2) of the Law Regarding the Author’s Rights and Fricke, ibid, Section 22 4).

The Law Regarding the Author’s Rights establishes graduate protection. Section 22 of the law provides that, as a general rule, images may be disseminated or published only with the consent of the depicted individual. However, Section 23 provides several exceptions to this. In particular, images relating to contemporary history may be distributed or published without the individual’s consent, provided that no legitimate interest is infringed (see Sections 23(1 1) and (2) of the Law Regarding the Author’s Rights).

Individuals enjoy image rights from birth until 10 years after death (see Section 23(3) of the Law Regarding the Author’s Rights). After this period, third parties may use celebrities’ images commercially in advertising without the need to compensate their heirs (see kinski.klaus.de (Federal Court of Justice, GRUR 2007, 168)). However, where use of an image more than 10 years after death constitutes an offence to human dignity, heirs may make a claim for defence (see Fricke, ibid, Section 22 10). According to Federal Court of Justice case law, an offence to human dignity occurs where the honour of the deceased individual has been severely infringed (id).

If a publication or dissemination infringes image rights, the individual is entitled to claim:

Individuals who stood out for their social position, function or achievements were considered absolute persons of contemporary history. This group included outstanding individuals in politics and economics, and in social and aristocratic circles.

Individuals who became famous as a result of a contemporary incident (eg, accident victims or those involved in a scandal) were considered relative persons of contemporary history.

Under this practice, it was generally admissible to disseminate or publish images of absolute persons of contemporary history without their consent, provided that the image did not infringe the individual’s privacy.

In 2004 the European Court of Human Rights (ECHR) held that absolute persons of contemporary history should enjoy enhanced protection against photojournalism (see von Monaco (June 24 2004, Application 59320/00)). In this case, Caroline von Monaco brought claims against a tabloid report. The ECHR held that the German courts had failed to balance the conflicting interests of the case fairly.

Consequently, the Federal Court of Justice had to establish graduate protection for image rights. The admissibility of an image must now be assessed based on a weighing of interests between the freedom of the press on the one hand and the personal interests of the depicted party on the other. The greater the public interest in the information, the greater the limitation on the protection of image rights and vice versa. It is no longer decisive whether the depicted individual is an absolute or relative person of contemporary history; rather, what matters is whether the image refers to a contemporary incident and the public interest justifies infringement of the depicted individual’s privacy (eg, see the Federal Court of Justice decisions in Shopping mit Putzfrau auf Mallorca (July 1 2008, Case VI ZR 243/06) and Heide Simonis (June 24 2008, Case VI ZR 156/06)).

As such, prominent people need no longer tolerate the practically unrestricted publication of their images outside their sphere of privacy, unless these images sufficiently contribute to a topic of public interest.

This case law has been further refined by the courts in the past few years.

In Wowereit, the Federal Court of Justice held that the publication of photographs taken in secret was admissible (BGH judgment, September 27 2016, Case VI ZR 310/14). The evening before a no-confidence vote, former Mayor of Berlin Klaus Wowereit was secretly photographed in a restaurant. The image was published with the caption: “The Governing Mayor appears to be obviously relaxed and indulges in a drink in the Paris-Bar (Kantstrasse).”

The court found that the photo belonged to contemporary history and could be disseminated without Wowereit’s consent because no legitimate interests were infringed. While Wowereit was depicted in a private situation, the photo was taken in the context of an important political event. Wowereit was in an innocuous situation in a popular restaurant and thereby had to face public perception.

In Jauch, both the Hamburg Court of Appeal and the ECHR found that the publication of an unauthorised photograph of applicants Günther Jauch, a well-known journalist and TV presenter, and Ms Sihler-Jauch was admissible (see ECHR judgment, June 16 2016, Applications 68273/10 and 34194/11).

In 2006 the applicants had married and requested that the press neither report on nor publish details of their wedding. However, German magazine Bunte published an article with a photo of Sihler-Jauch, taken shortly before the ceremony. Sihler-Jauch brought proceedings against the magazine, requesting a notional licence fee for the report and damages. In parallel proceedings, Jauch also made a claim for damages. The Hamburg Court of Appeal dismissed these actions and the Federal Constitutional Court declined to admit Sihler-Jauch’s constitutional complaint.

The applicants appealed to the ECHR, arguing that the publication infringed their privacy rights under Article 8 of the European Convention on Human Rights.

However, the ECHR rejected the applicants’ claim as manifestly ill founded, concluding that the German courts had carefully balanced the applicants’ rights to privacy with the magazine’s right to freedom of expression. The ECHR accepted the German courts’ assessment that there had been general public interest in the wedding. Further, the applicants had not challenged the veracity of most of the information in the article, which contained no unfavourable comments that could have damaged their reputation. Having regard to the margin of appreciation enjoyed by the national courts, the ECHR concluded that there were no strong reasons to substitute its view for those of the other courts. The ECHR thus declared the application inadmissible.

In Strandliege am Ballermann, the Federal Court of Justice found that the publication of a photograph of a woman in swimwear in close proximity to a celebrity was inadmissible (BGH judgment, April 21 2015, Case VI ZR 245/15).

In 2012 newspaper BILD had reported on a robbery of a football star in El Arenal, Majorca. It reported, among other things: “Sun, beach, tramps. Yesterday we saw Football Star A... (25 years) in piquantly female company. Now he became victim of a crime.” This was accompanied by a photo showing the footballer close to a non-prominent, but clearly recognisable, woman in swimwear. The woman sued BILD to cease and desist use of the photo, and pay a reasonable indemnification.

Recent Federal Court of Justice case law may have shaped the principles set out by the ECHR in von Monaco and may provide guidance on the application of the law pertaining to image rights. 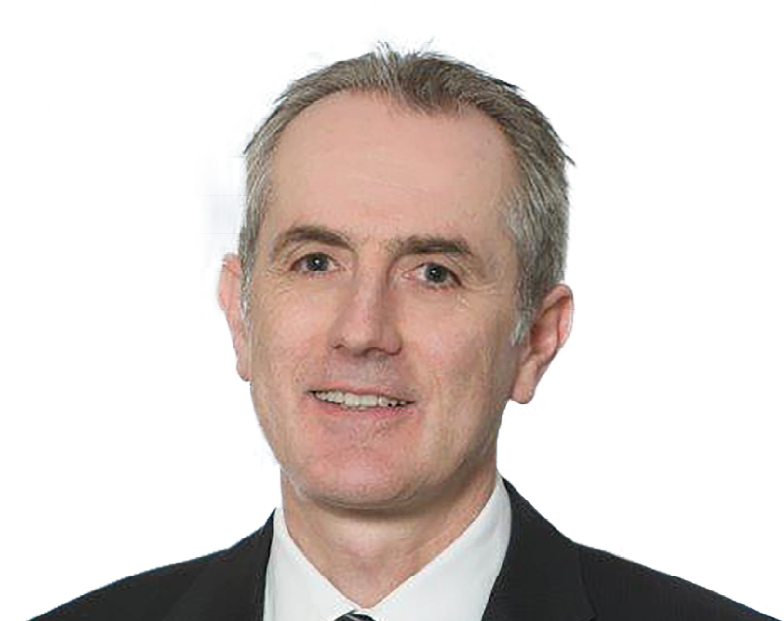 Axel Kockläuner is a certified IP specialist and part of the litigation department of Meissner Bolte. Mr Kockläuner studied legal sciences at the Johannes Gutenberg University of Mainz and the Freie University of Berlin. He obtained his degree in law from the Freie University of Berlin, with special emphasis on IP law. Mr Kockläuner served his legal clerkship with the Berlin Regional High Court and gained international experience through legal internships in law firms in Spain and the United States. Mr Kockläuner represents a broad range of national and international medium-sized companies in the fields of trademark and design law, copyright and unfair competition matters. His practice focuses on trademark litigation and prosecution, design litigation, domain name disputes and the drafting of licence agreements.