The competent authorities in Germany are the Federal Institute for Drugs and Medical Devices (BfArM) and the Paul Ehrlich Institute (PEI). The authorisation process is outlined in the Medicinal Products Act. Medicinal products or active substances with misleading names, descriptions or appearances cannot be manufactured or placed on the market. In particular, the following are considered to be misleading:

The Community codes for pharmaceuticals for human use are set out in the EU Medicinal Products Directive (2001/83/EC), which has been transposed into the Medicinal Products Act. They provide the legal framework for the authorisation, manufacture and distribution of pharmaceuticals in the European Union. The name of the pharmaceutical may be an invented name which is unlikely to be confused with a common name, a common or scientific name accompanied by a trademark or the name of the marketing authorisation holder (Article 1(20) of the directive). The directive defines a ‘common name’ as the international non-proprietary name (INN) recommended by the World Health Organisation or, if one does not exist, the usual common name.

Trademarks in the pharmaceutical sector are commonly created from descriptive terms, especially from INNs. One advantage of such trademarks is the link they create for patients between the pharmaceutical product and its application. However, INNs are excluded from trademark protection because they are merely descriptive and thus are indistinctive. However, under German law small changes to the INN can make it a registrable sign – for example, ROXIMYCIN was accepted as a trademark, while the INN was Roxythromycin. Further, such trademarks have a limited scope of protection under German law. According to settled case law, the greater the distinctive character of the prior trademark, the greater the likelihood of confusion. This means that trademarks inspired by descriptive elements have a limited scope of protection.

The German Patent Court rejected the likelihood of confusion between the marks PANTOPREM and PANTOPAN (MEDA Pharma GmbH & Co KG v Takeda GmbH, 25 W (pat) 72/12). The court acknowledged that the opening syllables of the opposing mark (‘panto’) referred to the active ingredient pantoprazol – a proton pump inhibitor used particularly in gastrointestinal preparations – and that the relevant public would recognise this. Therefore, it had to be presumed that attention would have focused on the additional word components or endings rather than the beginning of the marks. However, the differences between the compared marks would not have gone unnoticed in the overall aural and typographical impressions.

While parallel imports from outside the European Union clearly violate trademark law and can easily be prevented by civil and customs actions, especially as the burden of proof generally rests with the infringer, parallel imports within the European Union can also be prevented under certain circumstances. In line with trademark law, it is essential that brand recognition, origin and the guarantee of the trademark are maintained. However, it is equally important to guarantee repackaging for the importer. Otherwise, general enforcement by the rights holder would lead to market foreclosure. Thus, the European Court of Justice and the German Federal Court of Justice have established the following requirements, which must be fulfilled simultaneously:

The Federal Court of Justice recently dealt with the first of these requirements (Micardis, I ZR 99/12). The court addressed the question of whether market foreclosure occurred when the defendant was denied permission to import pharmaceutical tablets from Romania and England into Germany and repackage them. In Romania and England, a 28-tablet packet was standard, compared to a standard 98-tablet packet in Germany. Further, in England and Romania 98-tablet packets were unavailable. The court held that market foreclosure occurs once the parallel importer is forced to repackage the tablets due to objective circumstances. These circumstances are satisfied as soon as the importer is unable to meet the demands of the importing member state. Thus, market foreclosure occurs once the importer is excluded from a sub-market (eg, the 98-tablet packet market). Further, the court stated that the exclusion did not depend on whether it was possible in principle to distribute the packaging size unchanged.

The damage caused by counterfeit pharmaceutical products is a major issue in the European Union and Germany. Most counterfeit products arrive in Germany from non-EU member states. Regarding non-EU goods, Customs can act on the basis of EU Regulation 608/2013. The application of the regulation may be limited to customs action at the German border or to action in two or more member states (national or EU applications).

When filing an application, it is advisable to submit as much information as possible to enable Customs to analyse and assess the risk of an IP infringement, such as:

Generally, health-related information is permitted only if it is accurate, unambiguous and clear. False advertising with efficacy information is prohibited and ads featuring efficacy information that is insufficiently documented or disputed by conventional medicine are also prohibited. Only efficacy information that has been the subject of pharmaceutical approval can be advertised. Even under these restrictive conditions, it is possible to advertise modes of action that were not the subject of the approval procedure, but there are particularly strict requirements for scientific proof of such modes. Government agencies need not examine and approve ads for pharmaceuticals before publication; instead, manufacturers must ensure that their ads conform with the law.

However, ads featuring efficacy information are frequently the subject of legal dispute. This is because (allegedly) incorrect information not only is monitored and controlled by government supervisory authorities such as BfArM, but can also be challenged by competitors or consumer associations under Section 4/11 of the Act Against Unfair Competition. Accordingly, violations of market behaviour rules in the competition process can be pursued by the private sector. Section 3 of the Medications Advertising Act – which governs the prerequisites of permissible ads featuring efficacy information – is regarded as such a market behaviour rule. Consequently, efficacy information in Germany is closely monitored.

Moreover, pharmaceutical ads must be factual and should induce no unnecessary or irrational uses. The Medications Advertising Act lists impermissible types of ad (eg, those using case histories, offering prizes or issuing coupons).

A violation of the Medications Advertising Act not only leads to the prohibition of such ad, but may also result in one year’s imprisonment for misleading advertising or fines of up to €50,000 for other violations.

An approved generic pharmaceutical that is identical to the active substance can be prescribed by physicians instead of the innovative compound if it features comparable biopharmaceutical properties, as it is then regarded as a therapeutic equivalent. This criterion is examined by determining plasma concentration-time profiles and pharmacokinetic evaluations. Dosage form, indication and properties related to the active substance can also play a role in the evaluation. Appropriate information is provided in the appendix of the Medicinal Products Directive entitled “Information on the Interchangeability of Dosage Forms”.

German law generally allows the mail order sale of pharmaceuticals, including prescription pharmaceuticals, if the pharmacy has obtained the relevant permission. In addition, pharmacies are subject to German price setting no matter whether the pharmaceuticals are sold by a German pharmacy or a foreign pharmacy (Section 78/I/4 of the Medicinal Products Act). A breach of the price-setting policy does not necessarily require a lower price, but is assumed if the pharmacist grants a discount with vouchers or similar.

In 2014 the Federal Court of Justice dealt with a case in which German pharmacies tried to circumvent German price setting by advertising pharmaceutical products from pharmacies located in the Netherlands (Holland-Preise, I ZR 77/09). The pharmacy offered customers the chance to pay the cheaper Dutch price as the order was addressed to a German pharmacy. Customers would merely collect their ordered pharmaceuticals from the German pharmacy or in the Netherlands. When choosing to collect the pharmaceuticals in Germany, customers had to pay a fixed rate for transportation. Further, the general terms and conditions stated that the place of performance should be the place of business (ie, the Netherlands). The court ruled that the German price applied in such cases where German legislation was circumvented.

If pharmaceuticals are sold over the Internet, the provisions on distance selling apply, especially the requirement to provide comprehensive information before purchase and confirm such information in a durable medium (eg, in writing), and the consumer’s right to cancel the contract within a minimum of seven working days without reason and without penalty, except the cost of returning the goods (the right of withdrawal). Additional provisions pertain to: 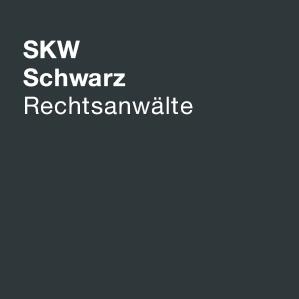 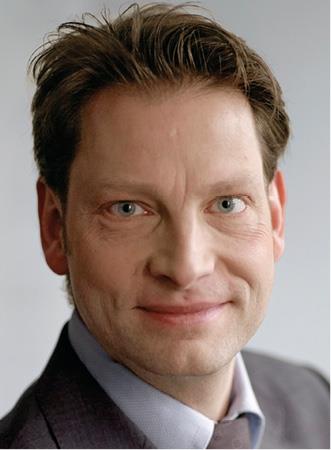 Magnus Hirsch advises and represents national and international clients in all IP-related matters. He is a certified IP specialist and a frequently recommended IP lawyer in Germany who was recently named one of Germany’s Best IP Lawyers for 2014. He is a member of the International Trademark Association, the Pharmaceutical Trademarks Group and the Intellectual Property Rights and Copyrights Association. Dr Hirsch is chief editor of TerraLex’s global IP Newsletter and its global IP chair. He joined SKW Schwarz in 2007, previously practising as a lawyer and partner at Baker & McKenzie in Frankfurt and Hong Kong from 2001 to 2007. After graduating from the University of Passau, Dr Hirsch practised with Lovells in Frankfurt and Hamburg from 1997 to 2001. 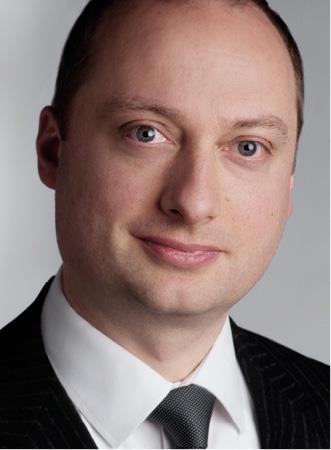 Markus von Fuchs is a partner in SKW Schwarz’s Berlin office. His client portfolio comprises some of Germany’s leading companies in the medical devices industry, the healthcare sector and several other fields of healthcare-related technology. Since 2005, Dr von Fuchs has been legal counsel for Spectaris, a German industry association for the medical device industry. In particular, he advises on the enforcement of IP rights, R&D agreements, all matters deriving from German Medical Devices Law and the Medicinal Products Advertising Act, as well as compliance matters and regulatory affairs. Dr von Fuchs is a member of the firm’s life science practice group and head of the IP and competition group. 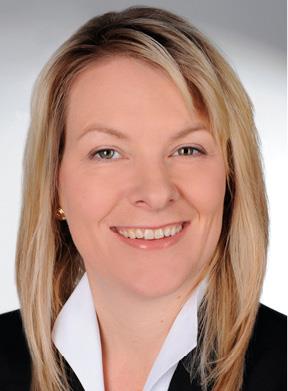 Margret Knitter is a partner at SKW Schwarz’s Munich office, specialising in the fields of trademark law, design law and unfair competition law. She advises her clients on the global administration, protection, enforcement of trademarks and designs and on structuring and developing their IP portfolios. In addition, she advises on anti-counterfeiting, licensing and merchandising issues and provides transactional support. Ms Knitter represents an international clientele ranging from industrial to mid-sized companies. She has special expertise in the pharmaceutical, chemical, crop science, confectionery, publishing, IT consulting, toy, clothing, mechanical engineering and luxury goods sectors. She has been a lecturer at the University of Liechtenstein since 2013 and is a member of the Pharmaceutical Trademarks Group.