In Kampol sp zoo v Office for Harmonisation in the Internal Market (OHIM) (Case T-382/12, June 19 2014), the General Court has rendered its judgment in the proceedings between Kampol sp zoo, OHIM and Colmol - Colchões SA.

The judgment applied, through a well-structured and impeccably reasoned decision, established case law regarding Article 34 of the Community Trademark Regulation (207/2009) (legal effects of seniority) and Article 8(1)(b) of the regulation (methodology to be followed in order to assess the existence of a likelihood of confusion). The judgment not only confirmed that the classification of goods and services under the Nice Agreement is intended to serve exclusively administrative purposes and that goods may not be regarded as being dissimilar on the sole ground that they appear in different classes under that classification, but also rejected the so-called ‘economic’ definition of complementarity, according to which complementary goods are those which have the distinctive feature of being subject to parallel demand, with the result that an increase or decrease in the demand for one product results in an increase or decrease respectively in the demand for the complementary product. The judgment also confirmed that complementary goods and services are those which are closely connected in the sense that one is indispensable or important for the use of the other in such a way that consumers may think that the same undertaking is responsible for manufacturing those goods or for providing those services.

The dispute arose from an application filed by Polish company Kampol for registration of the following figurative sign as a Community trademark (CTM) for goods in Classes 10 ("cushions for medical purposes, blankets and quilts for medical purposes") and 24 ("woollen blankets, quilts, bed covers, pillowcases and mattress covers, duvets"): 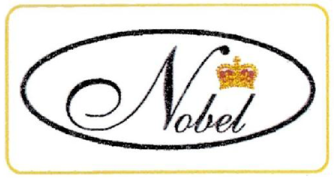 Portuguese company Colmol filed an opposition based on the earlier Portuguese word mark NOBEL designating "mattresses" in Class 20 under Article 8(1)(b) of the regulation.

The Opposition Division of OHIM upheld the opposition and Kampol appealed. The Fourth Board of Appeal of OHIM dismissed the appeal, finding that there was a likelihood of confusion between the marks at issue in respect of the goods in question. In particular, the board that the goods were complementary and similar to an average degree. It also found that the marks were visually highly similar, that they were phonetically identical and that, conceptually, the comparison of the signs was neutral. The board concluded that it was likely that the public would confuse the commercial origin of the goods in question when labelled with the marks at issue.

Kampol appealed to the General Court against the board's decision, alleging infringement of Article 8(1)(b) of the regulation.

Kampol submitted that the Board of Appeal had erred in not taking into consideration the fact that it was the proprietor of the Polish figurative mark NOBEL, which is identical in appearance to the mark applied for, and was already registered in Poland before the Portuguese mark was filed (seniority argument). According to Kampol, it was its Polish mark, not the Portuguese word mark owned by Colmol, that should have been considered the earlier mark within the meaning of Article 8 of the regulation.

Kampol also submitted that the global assessment of the likelihood of confusion in the board's decision was incorrect, as the board not only had wrongly considered that the goods designated by the mark applied for were similar to those designated by the earlier Portuguese mark, but also had not examined the marks at issue on the basis of the ‘global assessment’ or ‘overall impression’ criteria, and had not drawn the correct conclusions with regard to the level of attention of the relevant public (it complained that the board had taken into account only the perception of the public in Portugal and had wrongly considered that the goods covered by the mark applied for were aimed at the general public).

The General Court dismissed all of Kampol's arguments.

Regarding the ‘seniority argument’, the General Court rightly pointed out that claiming the seniority of a national mark does not have the effect that the CTM application enjoys a better priority right. Therefore, according to the court, the existence of the Polish mark did not call into question the fact that the Portuguese mark was an earlier mark, within the meaning of Article 8(2)(a) of the regulation, in relation to the mark applied for. The court recalled in this respect that, according to Article 34 of the regulation, seniority is to have the sole effect that, where the proprietor of the CTM surrenders the earlier trademark or allows it to lapse, it is to be deemed to continue to have the same rights as it would have had if the earlier trademark had continued to be registered.

Regarding the relevant public and its level of attention, the General Court rightly pointed out that, since the earlier mark is a Portuguese trademark, the Board of Appeal was right to base its assessment on the perception of the public in Portugal. It also rightly pointed out that the goods at issue are aimed at the general public: items of bedding and mattresses are purchased by everyone, while "cushions for medical purposes" and "blankets and quilts for medical purposes" are not exclusively purchased by persons who have health problems, but also by consumers who simply seek additional comfort when sitting or sleeping.

The General Court also found that cushions, blankets, quilts, bed covers, duvets, pillowcases and mattress covers are often marketed in the same specialist sales outlets as mattresses. According to the court, it is a well-known fact that shops specialising in bedding usually sell mattresses, as well as the goods covered by the mark applied for. The court also considered that it was well known that "cushions for medical purposes" and "blankets and quilts for medical purposes" do not always constitute highly specialised goods which are only available in sales outlets such as shops specialising in orthopaedics. It is usually possible to find in a bedding shop cushions, blankets and quilts which are suitable for persons suffering from allergies, as well as special cushions which are suitable for people suffering from problems with their spinal column, but are also purchased by persons who simply seek to improve their comfort when sleeping.

Further, the General Court considered that Kampol’s argument that consumers purchase cushions and items of bedding more frequently than mattresses was irrelevant. It concluded that the close connection between the goods covered by the marks and the fact that those goods are often sold in the same specialist sales outlets were capable of leading consumers to think that the same undertaking was responsible for the production of those goods.

Finally, the General Court dismissed Kampol’s argument that the Board of Appeal had not examined the marks according to the ‘global assessment’ or ‘overall impression’ criteria. The court explained in a very detailed and didactic manner that the board had been right to find that there was a likelihood of confusion between the marks at issue in respect of the goods in question.