In Bell & Ross v Office for Harmonisation in the Internal Market (OHIM) (Case T-80/10, April 25 2013), the General Court has handed down a 166-paragraph judgment (available in French only; the quotations in this update are translations) in an action brought by the proprietor of Community design No 342951-0002 (to be used with “watches”), Bell & Ross BV, for the annulment of Decision R 1285/2008-3 of the Third Board of Appeal of OHIM. In that decision, the board had dismissed the appeal brought against a decision of the Invalidity Division allowing an application for a declaration of invalidity lodged by Klockgrossisten i Norden AB (KIN).

One of the views of the contested Community design is reproduced below: 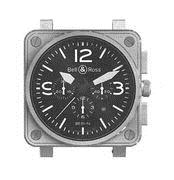 The design was challenged on the basis of an earlier design representing a clock face, as shown below: 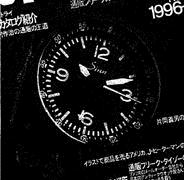 The third - and principal - ground of appeal can be divided into three parts, namely:

Turning to the notion of the ‘informed user’ under Article 6(1) of the Council Regulation on Community Designs (6/2002), the court confirmed that the qualifier ‘informed’ suggests that:

“the user knows the various designs which exist in the sector concerned, possesses a certain degree of knowledge with regard to the features which those designs normally include, and, as a result of his interest in the products concerned, shows a relatively high degree of attention when he uses them.”

The court continued (at Paragraph 104):

“However, that factor does not imply that the informed user is able to distinguish, beyond the experience gained by using the product concerned, the aspects of the appearance of the product which are dictated by the product’s technical function from those which are arbitrary.

Therefore, an informed user is a person having some awareness of the existing designs in the sector concerned, without knowing which aspects of that product are dictated by a technical function.”

Consequently, according to the General Court, issues of technical or legal constraints concern the freedom of the designer under Article 6(2) of the regulation (not the concept of the ‘informed user’ under Article 6(1)).

Finally, when comparing the overall impression produced by the prior design on the one hand, and the challenged Community design on the other (Article 6(1)), the court confirmed that the assessment of the individual character of a design is about:

The court thus dismissed the action in the present case and upheld the decision of the Third Board of Appeal of OHIM.

Discounting “commercial” considerations seems to be correct, but disregarding “aesthetic” considerations when analysing the overall impression appears doubtful in light of the informed user’s knowledge of the “various designs which exist in the sector concerned [and] […] the features which those designs normally include” - and also in light of the decision of the General Court in Antrax (Joined Cases T-83/11 and T-84/11). In that case, the court had found that an aesthetic concentration - or, in the court’s words, a “saturation of prior art” due to the existence of other designs showing the same features as the designs at issue - might lead, when examining the overall impression, to a greater sensitivity of the informed user as regards the different internal proportions of the various designs.