General Court: no likelihood of confusion between figurative mark and word mark consisting of same letters

The General Court has issued its judgment in Hong Kong Group Oy v Office for Harmonisation in the Internal Market (OHIM) (Case T-718/14, November 30 2015), with Hong Kong Group Oy as applicant, OHIM as defendant and WE Brand Sàrl as the other party to the proceedings before the Board of Appeal of OHIM.

The court reiterated that, with regard to Community trademarks:

“the assessment of the similarity between two marks means more than taking just one component of a composite trademark and comparing it with another mark. On the contrary, the comparison must be made by examining each of the marks in question as a whole, which does not mean that the overall impression conveyed to the relevant public by a composite trademark may not, in certain circumstances, be dominated by one or more of its components... It is only if all the other components of the mark are negligible."

The dispute arose from an application for registration, filed on March 28 2012 by Hong Kong Group under the Community Trademark Regulation (207/2009), for the following figurative sign: 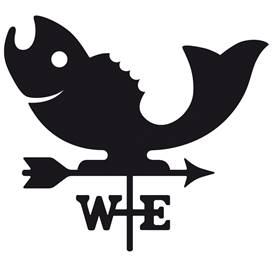 On August 14 2012 We Brand filed a notice of opposition in respect of the abovementioned goods and services, with the exception of the services in Class 35 relating to “sales services provided by means of electronic data media, featuring fishing tackle” and services for the provision “of product information relating to consumer goods by means of electronic data media”. The opposition was filed pursuant to Article 41 of the regulation and was based on the earlier Community word mark WE, registered under No 7208571 on June 22 2000 for, among other things, goods and services in Classes 25 and 35 and corresponding to the following description: "clothing, footwear, headgear” (Class 25) and “business mediation in the purchase and sale, including within the framework of retailing, of clothing, footwear, headgear, the aforesaid services also offered via electronic channels, including the Internet” (Class 35).

The opposition, which was based on Article 8(1)(b) (likelihood of confusion between the signs at issue) of the regulation, was upheld in its entirety on September 30 2013 by the Opposition Division.

On November 22 2013 the applicant filed an appeal with OHIM under Articles 58 to 64 of the regulation.

On August 4 2014 the Second Board of Appeal of OHIM dismissed the appeal, concluding that there was a likelihood of confusion between the signs within the meaning of Article 8(1)(b) of the regulation. In particular, the board found that the goods in Class 25 and the services in Class 35 - limited to those to which the opposition related - covered by the mark applied for, and the goods in Class 25 and the services in Class 35 covered by the earlier mark, were identical and similar, respectively. Further, due to the visual and phonetic similarity of the signs at issue, it was possible that, for a part of the Spanish-speaking public, they were also conceptually similar.

Hong Kong Group appealed to the General Court, alleging infringement of Article 8(1)(b) and asking the court, among the other things, to:

The applicant based the appeal before the General Court on the following grounds of appeal:

The court held as follows:

(…) [I]n the global assessment of the likelihood of confusion, account should be taken of the average consumer of the category of goods concerned, who is reasonably well informed and reasonably observant and circumspect.

(…) [w]here the protection of the earlier trademark extends to the entirety of the European Union, it is necessary to take into account the perception of the marks at issue by the consumer of the goods or services in question in that territory. However, in order for registration of a Community mark to be refused, it suffices that a relative ground for refusal, within the meaning of Article 8(1)(b) of Regulation 207/2009, exists in part of the European Union.”

The court noted that the level of attention of the relevant public in the present case was neither particularly low nor particularly high, noting that those findings had not been called into question by the parties.

The applicant further argued that the Board of Appeal was wrong in finding that the mark applied for was visually, phonetically and conceptually similar to the earlier trademark.

In particular, the applicant stated that the Board of appeal was wrong in finding that the dominant element of the mark applied for was made up of the elements ‘w’ and ‘e’, since the dominant element consisted of the figurative element consisting of a stylised fish depicting a weather vane, which attracted attention because of its size and original appearance. Thus, the signs at issue were visually different.

As far as the phonetical similarity was concerned, the applicant stated that the signs at issue were phonetically different since the consumer would perceive the earlier mark as a personal pronoun, while the elements ‘w’ and ‘e’ of the mark applied for formed neither a personal pronoun nor any other word.

Finally, the applicant stated that the signs at issue differed conceptually since the earlier mark referred to the English personal pronoun of the first person plural, while the mark applied for depicted a weather vane and, in that context, the letters ‘w’ and ‘e’ referred to the cardinal points ‘west’ and ‘east’.

The General Court held that:

The General Court thus upheld the applicant’s plea, considering that the signs at issue were dissimilar overall.

The applicant further contested the conclusion reached by both the Opposition Division and the Board of Appeal as to the similarity of the goods and services covered by the signs at issue.

The General Court disagreed with the decision of the Board of Appeal, concluding that since the signs at issue were not similar, it was therefore not necessary to examine the similarity of the goods and services at issue.