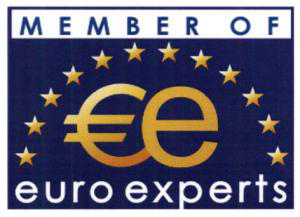 The General Court confirmed that, for the registration of a mark to be contrary to Article 7(1)(i), it must either be an identical copy, or an imitation, of an emblem of particular public interest that is not covered by the Paris Convention, and must mislead the general public to believe that there is a connection between the goods and/or services offered under the mark and the organisation to which the emblem relates.

The mark was originally registered in respect of goods and services in Classes 9, 16, 35, 36, 39, 41, 42, 44 and 45 of the Nice Classification in the name of Heinrich Kreyenberg on August 4 2008, despite observations being submitted by the EU Commission arguing that registration of the mark would infringe Article 7(1)(h) of the regulation on the basis of the following EU emblems protected by the Paris Convention: 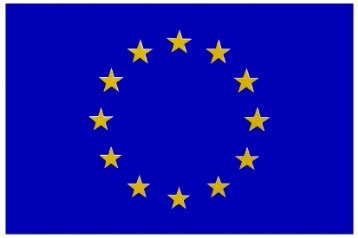 The EU Commission also referred to one of its communications dating from July 23 1997, entitled “The use of the €uro symbol”, which identifies the specific dimensions and colours in which the symbol should be used, alleging that registration of the mark would be contrary to Article 7(1)(i).

The European Commission appealed to the Second Board of Appeal of OHIM on the basis that the mark should not have been registered under Article 7(1)(h), due to the following protected emblem that was not referred to in the initial invalidity proceedings: 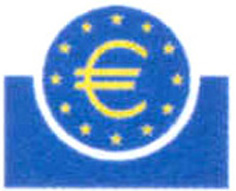 Whilst the Board of Appeal rejected the inclusion of this additional earlier protected emblem in proceedings, on the basis that no new arguments or evidence could be admitted at the appeal stage, it did consider the invalidity of Kreyenberg’s registration on the grounds that the mark included the € sign, following the EU Commission’s communication concerning use of the € sign. The Board of Appeal found that the mark in question would be considered by the public to be an identical reproduction of the € sign, and, in light of the goods and services covered by the application, would mislead the public into believing that there was a connection between the goods and services covered by the registered mark and the EU institutions.

Kreyenberg appealed this decision to the General Court on the following grounds:

Considering the first ground of appeal, the General Court provided guidance on the interpretation of Article 7(1)(i), finding that it prevented registration of identical and imitative reproductions of emblems of particular public interest, not protected by Article 6ter of the Paris Convention. In particular, it based this finding on the use of “including” within Article 7(1)(i) of the regulation. So that the protection afforded by this provision was not broader than that provided in respect of emblems protected by the Paris Convention, the General Court emphasised that, for the registration of a mark to be prevented under Article 7(1)(i), it must mislead the public that there is a connection between the mark and the organisation to which the emblem relates.

Kreyenberg based his argument that the representation of the € symbol was not an emblem under the definition of Article 7(1)(i) on the following grounds:

The General Court dismissed this ground of appeal.

With regard to the second ground of appeal, Kreyenberg argued that the public would not believe that there was a connection between the contested mark and the European institutions, to which the € symbol refers.

On this basis, the General Court dismissed Kreyenberg’s appeal, and found the registration to be invalid.

Whilst this ruling highlights the differences between the provisions of Articles 7(1)(h) and (i), it is interesting that the General Court has chosen to interpret Article 7(1)(i) within the spirit of the Paris Convention, despite this provision not being expressly referring to the treaty. Whilst some symbols of particular public interest may not be specifically protected by the Paris Convention, it is clear that they should not automatically be eligible for trademark registration. In this case, the € symbol has clear relevance to the single European market, and the European institutions. However, it is noteworthy that the General Court has interpreted Article 7(1)(i) in the spirit of the Paris Convention, requiring an identical copy or imitation of an emblem of particular public interest to mislead the public that there is a connection between the relevant authority to which the emblem refers, and the goods and or services to which the mark is applied. This is not explicitly stated in the regulation, and it remains unclear whether this interpretation was intended by the legislators. Whilst interpreting the regulation at face value would not assist the trademark proprietor in this case, whether this approach will be followed remains to be seen.