General Court examines relationship between goods in Classes 18 and 25

In Gitana SA v Office for Harmonisation in the Internal Market (OHIM) (Case T-569/11, September 16 2013), the General Court has held that the figurative marks GITANA and KITANA, pictured below, were confusingly similar in respect of certain goods in Classes 18 and 25 of the Nice Classification. 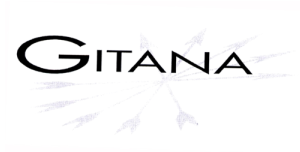 Gitana SA sought to register the figurative mark GITANA for virtually all the goods contained in the general heading of Class 18 ("leather and imitations of leather, goods made of these materials and not included in other classes; trunks and travelling bags; travelling bags; sports bags; sail bags; umbrellas and parasols"), as well as for "clothing, shoes and headgear" in Class 25. The earlier Community trademark (CTM) KITANA, owned by Teddy SpA, covered overlapping goods in Class 25.

The applicant argued that GITANA (meaning 'gipsy' in Spanish and Italian) is well known in the sailing world as being the name of the Rothschild family's boats since the 1880s.

The Opposition Division of OHIM refused the registration of GITANA in connection with all the goods claimed in Classes 18 and 25, with the only exception of "leather and imitations of leather". Upon appeal by the applicant, the First Board of Appeal of OHIM ruled that GITANA could also proceed to registration for bags, umbrellas and parasols. However, it upheld the decision of the Opposition Division with regard to the remaining goods in Classes 18 and 25.

Gitana appealed, requesting that the General Court annul the Board of Appeal’s decision insofar as it rejected the CTM applied for in connection with "goods made of leather and imitations of leather" in Class 18 and all the goods claimed in Class 25.

Following a lengthy analysis of the likelihood of confusion between the marks GITANA and KITANA, the General Court concluded that the Board of Appeal’s assessment was correct and that the board had not infringed Article 8(1)(b) of the Community Trademark Regulation (207/2009).

As regards the similarity of the signs, the General Court found that the difference in the first letter of the signs and the presence of unimaginative and negligible figurative elements (ie, the five arrows in the CTM applied for and the terrestrial globe in the earlier CTM registration) were not sufficient to call into question the finding that the marks were overall similar.

The General Court also endorsed the reasoning and conclusions of the board in connection with the similarity of the relevant goods in Classes 18 and 25. In the court’s view:

“goods in leather and imitation of leather include clothing accessories such as bags or wallets made from that raw material and which, as such, contribute, with clothing and other clothing goods, to the external image (‘look’) of the consumer concerned.”

In addition, the fact that clothing, footwear and headgear on the one hand, and clothing accessories on the other, were complementary and were often sold in the same specialist sales outlets was taken into account to confirm the existence of a likelihood of confusion.

The Court therefore agreed with the Board of Appeal in that there was a likelihood of confusion between the marks at issue, and dismissed the action.

Before doing so, however, the General Court reminded the applicant that neither the alleged repute of the mark applied for, nor the use which the applicant intended to make of the the mark, were relevant in assessing the existence of a likelihood of confusion.