General Court: consumers will focus on beginning of marks

It is the general practice of the Office for Harmonisation in the Internal Market (OHIM) and the General Court, as well as most IP offices in the European Union, that the first part or the first letter of a trademark plays a decisive role when it comes to the recollection of the average consumer.

In Rani Refreshments FZCO v OHIM (Case T-523/12, June 24 2014), the General Court has found that the mark SANI on the one hand, and the marks RANI and HANI on the other, were not confusingly similar.

Nevertheless, one must bear in mind that the graphic presentation of the trademarks was quite different.

Marks on which the opposition was based: 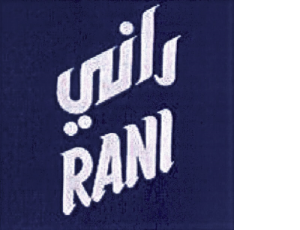 The Fourth Board of Appeal of OHIM had rejected the opposition against the registration of the mark SANI for, among other things, goods in Classes 29, 30 and 32 of the Nice Classification. The board confirmed that, according to settled practice, the beginning of a mark or word tend to catch the attention of the consumers, and concluded that the presence of the identical ending 'ani' was not sufficient for a finding that there was a risk of confusion. The board held that the open syllable 'sa' would create a very different impression from that given by the syllables 'ha' and 'ra' in the opponent's trademarks. This assumption was based on the findings that the level of attention of the relevant consumers was average and that, as the earlier trademarks had no meaning in relation to the goods covered (in Classes 29, 30 and 32), they had normal inherent distinctiveness.

On appeal, the General Court held that, although there was a certain degree of aural similarity between the signs, this was not sufficient for a finding of a likelihood of confusion in view of the conceptual and visual differences between the signs.

The General Court also confirmed the Board of Appeal's finding that the circumstances in which consumers buy the goods at issue were not relevant, because they would not always be the same. The court rejected the opponent's argument that the aural differences between the signs would not be noticed because some of the products were ordered and consumed in particularly noisy environments, such as in bars and night clubs during very busy periods.

The conclusion to be drawn from this decision is that, in relatively short trademarks, a difference of one letter - and, in particular, a difference between the first letters of the marks - may exclude a risk of confusion. This is especially true where the graphic representations of the trademarks are different and/or where conceptual differences reduce the similarity of the signs at issue. The opponent might have been better protected against the contested trademark if it had registered its marks as word marks, rather than figurative trademarks with relatively unusual graphic elements.