General Court considers similarity of goods in Classes 7 and 8

On June 4 2015 the General Court issued its judgment in Stayer Iberica SA v Office for Harmonisation in the Internal Market (Case T-254/13).

This dispute arose from an application filed on October 7 2005 by Stayer Iberica SA for the following figurative mark as a Community trademark (CTM): 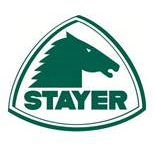 The sign was registered on April 20 2007 in respect of various tools, materials and machines for construction purpose in Classes 7, 8 and 39 of the Nice Classification. ZAO Korporaciya ‘Masternet’ sought to invalidate Stayer’s CTM registration on the basis of a likelihood of confusion with its prior German registration for STAYER in Classes 3, 8 and 16.

The Second Board of Appeal of OHIM partially upheld this appeal. It stated that ZAO had shown genuine use of the earlier trademark in respect of “hand float trowels” in Class 8 in Germany. It noted that some goods covered by the CTM in Classes 7 and 8 (essentially power tools and diamond and stone-cutting tools) were of a nature similar to “hand float trowels” and that the respective signs were similar. The Board of Appeal found that the respective marks were similar overall and that a likelihood of confusion would arise, even in circumstances where the relevant public (being both professionals and DIY consumers) was particularly attentive. It declared the CTM invalid for those goods registered in Classes 7 and 8.

Stayer appealed to the General Court on the following grounds:

Regarding the first ground, the General Court found that nothing prevents OHIM from taking into account additional documents submitted out of time when the supplementary evidence is relevant for the purposes of establishing genuine use and to the outcome of the proceedings.

In relation to the second ground, the General Court noted that Article 15(2) of the Community Trademark Regulation (207/2009) provides for use of a trademark with the consent of the proprietor to be deemed use by the proprietor. Accordingly, the use by the licence holder acting on behalf of ZAO was found to be use by ZAO for “hand float trowels” in Class 8.

The General Court noted that only goods for which genuine use has been established in relation to the earlier trademark should be taken into account in assessing confusion. It found that almost all of the goods in Classes 7 and 8 for which the CTM was registered were dissimilar to “hand float trowels” in Class 8 on the basis that these goods were neither interchangeable, complementary nor closely associated with one another. As a result, there was no likelihood of confusion in relation to these goods and, therefore, the registration was valid in part. However, the court upheld the Board of Appeal’s findings of global likelihood of confusion in relation to certain tools in Class 7.