General Court clarifies how Article 8(4) should be applied 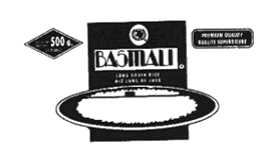 In December 2004 United Riceland Private Ltd, now Tilda Riceland Private Ltd (established in India), opposed the registration of the mark on the basis of its prior unregistered trademark BASMATI, used in the course of trade for rice. Tilda asserted that it was entitled, under the applicable UK law, to prevent use of the opposed trademark by means of an action for passing off.

The Opposition Division of OHIM rejected the opposition on the grounds that Tilda had not proved that it had acquired the goodwill necessary to succeed under the UK law of passing off.

Tilda appealed, but the First Board of Appeal of OHIM dismissed the appeal, holding that:

Tilda appealed to the General Court, claiming that the Board of Appeal had infringed Article 8(4) of the regulation. Tilda alleged that the board had erred in:

The General Court held that the Board of Appeal had rejected the opposition on the sole ground that Tilda had failed to prove that it was the owner of the sign BASMATI, and not on the ground that the sign in itself could not form the basis of an opposition within the meaning of Article 8(4).

The General Court first stressed that the board had taken the position that Tilda had to prove that it “formally” owned the sign Basmati. However, although the requirement that an opponent be the owner of the sign relied on involves proving the acquisition of rights over that sign, Article 8(4) does not specify the form which the acquisition should take. The General Court thus held that the restrictive approach of the board was in contradiction with the fact – also mentioned by OHIM in its pleadings – that the signs within the meaning of Article 8(4) are most often based on use rather than registration.

Further, the General Court pointed out that the national law invoked in the opposition should necessarily be taken into account upon assessing whether an opponent has acquired rights over a unregistered trademark or sign used in the course of trade and, accordingly, whether it is the proprietor of the mark or sign within the meaning of Article 8(4). The relevant national law will define the procedures for acquiring rights over the sign relied upon in an opposition. This position was also supported by the fact that an annex to the OHIM Guidelines relating opposition proceedings before OHIM specified the nature of the “national rights” concerned, as well as the procedures for their acquisition. In the case of the United Kingdom, it covers unregistered trademarks and signs used in the course of trade “protected by any rule of law, including that of passing off”.

With regard to OHIM's claim that “not all the earlier rights can be invoked within the context of Article 8(4)”, the General Court held that this did not necessarily mean that Basmati was excluded a priori from the signs falling within the scope of that provision, or that the national law was irrelevant in this case for determining the procedures for acquiring rights over the sign relied on.

The General Court then held that, according to the relevant national law of the United Kingdom within the context of an action for passing off, the status of proprietor of an earlier right could not be defined independently, as the Board of Appeal did in the contested decision, without taking into account the opponent’s ability to prevent the use of a trademark. This conclusion was not altered by the fact that the property protected by an action for passing off does not relate to a word or a name which third parties are prevented from using, but to the customer base which is undermined by the use in question. The fact that the opponent is formally the owner only of the customer base that is undermined does not necessarily mean that it has not acquired rights over the sign relied on - rights that enable it to prevent the use of a subsequent trademark. The General Court stressed that, within the context of an action for passing off:

Consequently, the General Court found that the Board of Appeal had erred in rejecting the opposition on the grounds that Tilda had not proved that it was proprietor of the sign, without analysing specifically whether it had acquired rights over that sign in accordance with the law of the United Kingdom. It thus annulled the board's decision.