In Lidl Stiftung & Co KG v Office for Harmonisation in the Internal Market (OHIM) (Cases T-225/12 and T-226/12, February 27 2014), the General Court has followed a less restrictive approach to genuine use in accordance with the combined provisions of Articles 15(1), 42(2) and (3) of the Community Trademark Regulation (207/2009), and refused registration of the marks LIDL EXPRESS and LIDL in Class 15 of the Nice Classification under Article 8(1)(b) based on the prior Czech trademark LIDL MUSIC.

On April 9 and 14 2008 Lidl Stiftung filed applications for the registration of the stylised marks LIDL EXPRESS and LIDL as Community trademarks to distinguish “musical instruments” in Class 15:

After publication, Lìdl Music Spol Sro gave notice of opposition under Article 41 of Regulation 207/2009 (then Article 42 of the Community Trademark Regulation (40/94)) based on the earlier Czech trademark LIDL MUSIC (No 178 496, registered on July 26 1994 for “musical instruments"): 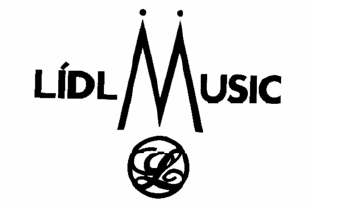 On November 12 2010 the Opposition Division upheld the opposition for all the contested goods. Although it stated that the documents submitted to prove genuine use of the Czech trademark were “not particularly exhaustive”, it accepted that they were sufficient to prove use of the earlier mark for “flutes and harmonicas”.

Lidl Stiftung appealed. On March 21 2012 the First Board of Appeal dismissed the appeal. The board confirmed all the findings of the Opposition Division as to the likelihood of confusion and the genuine use of the earlier mark within the meaning of Article 42. With regard to genuine use, the board stated that the use satisfied the criteria laid down in Article 10(2)(a) of the Trademarks Directive (2008/95/EC).

By application lodged at the Registry of the General Court on May 29 2012, Lidl Stiftung brought the present action. In essence, Lidl Stiftung claimed that the court should annul the board's decision. In particular, it argued that the “photos and invoices submitted were not sufficient, in themselves, to prove effective and genuine use of the earlier national mark within the meaning of Regulation 207/2009”.

At Paragraph 25 of the decision, the General Court stated:

“According to settled case law, the ratio legis of the provision requiring that the earlier mark must have been put to genuine use if it is to be capable of being used in opposition to a Community trademark application is to restrict the number of conflicts between two marks, where there is no good commercial justification deriving from active functioning of the mark on the market (see, to that effect, Case T-203/02 Sunrider v OHIM - Espadafor Caba (VITAFRUIT) [2004] ECR II-2811, Paragraphs 36 to 38, and the judgment of November 30 2009 in Case T-353/07 Esber v OHIM […]).”

This finding narrowed the scope of the objections raised in connection with genuine use, and broadened the actual chances of success of the owner of the Czech national trademark.

In addition, at Paragraph 31 the court stated that:

“[…] the requirement of genuine use does not seek to assess commercial success or to review the economic strategy of an undertaking, nor is it intended to restrict trademark protection to the case where large-scale commercial use has been made of the marks (Case T-194/03 Il Ponte Finanziaria v OHIM - Marine Enterprise Projects (BAINBRIDGE) [2006] ECR II-445, paragraph 32;[…])."

Therefore, OHIM had not erred in finding that genuine use of the earlier mark had been made for musical instruments in the relevant territory.

Finally, at issue was the alleged “alteration of the distinctive character” of the earlier mark, as the opponent had showed use of the trademark depicted below, instead of the trademark as shown in the Czech registration:

The court noted at Paragraph 47 that, “under Article 15(1)(a) of Regulation 207/2009, use of the Community mark includes use in a form differing in elements which do not alter the distinctive character of the mark in the form in which it was registered”. As a result, the General Court rejected all the pleas and dismissed the action, ordering Lidl Stiftung to pay the costs.

The difficulties of proving genuine use are well known, and the requirements for genuine use are often considered to be unduly restrictive. However, this is one of the few decisions in which more relaxed standards have been applied.