In Louis Vuitton Malletier v EUIPO, the General Court has annulled the EUIPO Fourth Board of Appeal’s decisions in both an opposition and a cancellation case on the grounds that they violated Articles 8(5) and 75 of the EU Trademark Regulation.

In December 2014 Fulia Trading Ltd applied for the following EU trademark for goods in Classes 28, 35 and 41. 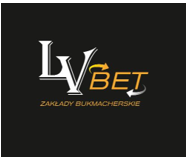 In March 2015 Louis Vuitton Malletier, owner of the EU trademark (below) for goods in Classes 18 and 25, filed an opposition against the application based on Articles 8(1)b and (5) of the EU Trademark Regulation. 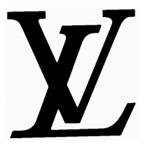 In 2015 the opposition was upheld and the application entirely rejected. Fulia subsequently filed an appeal with the EUIPO Fourth Board of Appeal. 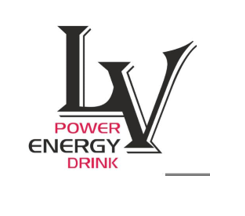 In October 2014 the application was accepted for registration and in March 2015 Louis Vuitton filed a cancellation action against the mark based on Articles 53, 8(1)b and (5) of the EU Trademark Regulation.

In 2016 the Cancellation Division rejected the cancellation action against Bee-Fee. Louis Vuitton subsequently filed an appeal with the Fourth Board of Appeal.

The EUIPO Fourth Board of Appeal’s decisions

In both matters, the Fourth Board of Appeal considered that Louis Vuitton had not provided sufficient evidence to demonstrate that its prior mark had a reputation in the European Union. Further, it considered that, even if the claimed reputation of the mark had been established, any use of the mark applied for by Fulia and owned by Bee-Fee in connection with the goods and services would not take unfair advantage of, or be detrimental to, the distinctive character or reputation of the earlier mark in respect of bags and fashion items due to the dissimilarity of the goods.

In each matter, Louis Vuitton filed an appeal before the General Court against the Fourth Board of Appeal’s decisions.

Breach of the general principle of legal certainty and infringement of Article 75
Louis Vuitton’s earlier mark has been recognised in decisions of numerous judicial and administrative bodies throughout the European Union. Louis Vuitton relied upon these decisions. However, the Board of Appeal held that it was not required to take them into account. Earlier EUIPO decisions were neither examined nor specifically identified. The Fourth Board of Appeal merely stated that the EUIPO was not bound by its previous decision-making practice.

The General Court disagreed with the board, considering that the earlier EUIPO and national decisions evoked by Louis Vuitton were indeed relevant to the full assessment of its prior mark’s reputation. It considered that the board could not simply ignore these decisions –even though it was not bound by them it should have analysed them and explicitly addressed why it was not following them. It stated:

since the Board of Appeal decided to take a different view from the one adopted in those previous decisions as regards the reputation of the earlier mark, it should, having regard to the fact that the context in which it adopted the contested decision included reliance on those previous decisions, have provided an explicit statement of its reasons for departing from those decisions. It is, however, clear that the Board of Appeal did not show in any way that the mark no longer had a reputation, or that its reputation had become weaker since those decisions were handed down, the latest of those decisions having been handed down only two years before the contested decision was adopted, or that those decisions were potentially unlawful.

The General Court therefore held that the board’s decisions were adopted in breach of Article 75 of the EU Trademark Regulation.

With regard to Article 8(5), the court found that the Fourth Board of Appeal’s decision was vitiated by several errors, namely:

This decision obliged the EUIPO to review prior court and/or administrative decisions addressing the same evidence and issues and provide sufficient justification for departing from them. This is important for maintaining legal certainty in the EU system, in particular as this system coexists with the 28 member states’ national judicial systems. A different outcome would have led to significant legal insecurity.

These decisions also strengthen the claims of owners of prior trademarks with reputation in their efforts to prevent dilution, tarnishment and/or free-riding.