The Estonian Board of Appeal has upheld Guccio Gucci SpA’s opposition against the registration of the figurative trademark GET CREATIVE by OÜ Diamond City on the grounds that there was a likelihood of confusion with Guccio Gucci’s earlier GG marks, and that registration of the mark could take unfair advantage of, or be detrimental to, the distinctive character or the repute of the earlier marks (Decision 1382-o, January 30 2013).

On May 12 2010 Estonian company OÜ Diamond City applied to register the figurative mark GET CREATIVE in Class 25 of the Nice Classification (Application M201000538): 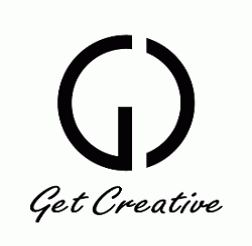 On January 2 2012 Guccio Gucci opposed the application based on its earlier GG figurative marks: 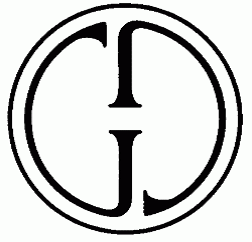 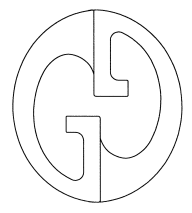 Guccio Gucci argued that the trademarks were visually, phonetically and conceptually similar, and that the goods at issue were similar. It claimed that the words ‘Get Creative’ in the mark applied for were hardly perceptible, and that the main and dominant element of the parties’ marks was the figurative element ‘GG’. Consumers would easily perceive the figurative element of the mark applied for as representing the letters ‘GC’ due to the presence of the words ‘Get Creative’. Guccio Gucci further claimed that there was a risk that the public might believe that the goods covered by the marks come from the same or economically-linked undertakings. Finally, Guccio Gucci was of the opinion that its trademarks are well known and that consumers perceive them as signs of luxury and high quality.

The Board of Appeal upheld the opposition, finding that the figurative mark GET CREATIVE was confusingly similar to the registered figurative marks GG, and that there was a likelihood of confusion on the part of the public. In particular, the board found that the words ‘Get Creative’ were devoid of distinctive character as they were descriptive of the goods in Class 25. As the other components of the mark were negligible, the assessment of the similarity was carried out solely on the basis of the dominant figurative elements ‘GG’ and ‘GC’. The board concluded that the registration of the trademark GET CREATIVE by Diamond City would take unfair advantage of, and be detrimental to, the distinctive character or repute of Guccio Gucci’s marks.