In Gap ITM Inc v Terdjman (Court docket 8355/2009), the Civil and Commercial Federal Appeals Court has held that the defendant’s registered trademark GAL was null and, consequently, ordered the defendant to cease all use of the trademark.

Gap filed a complaint against Mr Ricardo Terdjman challenging the validity of his registration for the word mark GAL for all goods in Class 24. At the same time, Gap requested that the court order the defendant to cease and desist in the use of the mark, which was displayed in white letters on a blue background, as shown below. 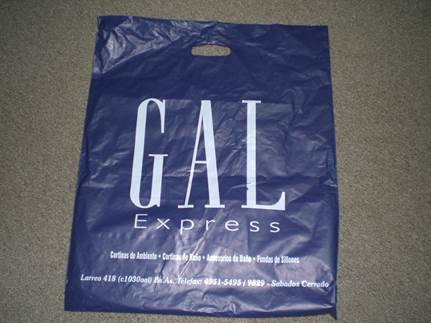 The Court of Appeals upheld the first instance decision declaring that the registration for GAL was null and ordering the defendant to cease using the mark.

The Court of Appeals first considered that, when referring to ‘Gap’ in Argentina, one refers only to the plaintiff, which is the leader in the production of clothing, accessories and personal care products, and not to any other company. Based on that conclusion, the court considered that GAP was a well-known mark.

The court then made it clear that, in a nullity action against a trademark that was legally registered, it is appropriate to apply a strict standard, as for nullity actions in general, taking into account the specific facts of the case. In particular, the court should analyse, among others:

All these factors should be taken in consideration, keeping in mind that a trademark registration - even if it meets all the relevant legal requirements - does not have an absolute and immutable nature, since the Trademark Law (No 22,362) and international conventions provide grounds for nullity. According to the court, a lack of opposition at the time of registration is not an impediment to filing a nullity action.

The court then examined both marks from a graphic and phonetic point of view, concluding that GAP and GAL were confusingly similar. Having reached that conclusion, the court stated that, should there be any doubt regarding the likelihood of confusion between the mark, a photograph on file showing use of the trademark GAL by the defendant (as depicted below) should be taken into account.

Finally, the court considered that Article 24, Paragraph (b) of the Trademark Law - which states that a mark is null when the party filing the application for registration knew or should have known that the trademark belonged to a third party - was applicable. In order to determine whether an applicant was aware of someone else’s trademark, different parameters should be considered. Here, Gap had publicly and notoriously been using the mark GAP since 1969 - that is, 35 years before Terdjman filed his trademark application. Therefore, determining the awareness of the GAP mark was not difficult, as people in Argentina wear clothing bearing the mark in a way that cannot go unnoticed.

In view of the foregoing, the court concluded that the defendant “should” have known that the trademark was being used by the plaintiff long before he applied for registration of his mark. The appropriation of someone else’s trademark implies behaviour contrary to honest commercial practices, which is legally reprehensible.

Faced with an undeniable imitation of the GAP mark, the defendant’s arguments - alleged coexistence of the marks or use of the improperly registered trademark - could not be upheld.