The US Federal Trade Commission (FTC) has responded to the Internet Corporation for Assigned Names and Numbers’ (ICANN) referral of concerns over the pricing policies in the ‘.sucks’ new generic top-level domain (gTLD), but did not actually answer the specific question posed by ICANN.

In April ICANN referred the Intellectual Property Constituency’s (IPC) concerns over Vox Populi Registry’s pricing policies for the ‘.sucks’ string – with brand owners being asked to pay a recommended annual registration fee of $2,499 – to the FTC and Canada’s Office of Consumer Affairs (OCA). The IPC alleged that the registry’s practices were “predatory, exploitive and coercive”.

In its referral, ICANN sought clarification on whether Vox Populi was violating any laws or regulations that the FTC and OCA enforce. Vox Populi itself wrote to ICANN to challenge the referral, making clear that it would “take any and all actions necessary to protect its rights” in the future.

In its response, the FTC failed to answer ICANN’s question, instead raising general concerns about the new gTLD programme. Specifically, the FTC noted that the ‘.sucks’ rollout raises “important and broader consumer issues” and advised ICANN to address the potential for customer confusion, as “the public may not be able to discern the real owner behind a ‘.sucks’ site”.

The FTC also encouraged ICANN to “consider whether the current rights protection mechanisms adequately perform their intended function”, noting that, Vox Populi “may be violating the spirit, even if not the letter, of these protections”.

Finally, the FTC criticised ICANN’s rejection of the Government Advisory Committee’s (GAC) advice to “verify the credentials of sensitive domains in highly regulated markets”, arguing that “this more lax approach increases the risk of consumer fraud. It encouraged ICANN to “reconsider implementing the important safeguards recommended by the GAC in this area”.

As World Trademark Review was going to press, the OCA issued its response, similarly dodging the specific questions and stating simply that in case of infringement, rights holders have legal mechanisms available to them. 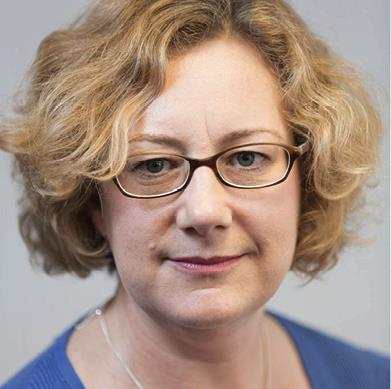 Having entered into the contract with Vox Populi, ICANN was widely viewed as abdicating responsibility when it referred the complaint about ‘.sucks’ to the US and Canadian consumer protection authorities. The move may have served the purpose in allowing ICANN to argue that there is nothing it can do in the absence of a determination of illegality. At this stage in the process to transition the Internet Assigned Numbers Authority functions from US government oversight, however, ICANN can hardly have wanted such a reminder from the FTC of its longstanding misgivings about the new gTLD programme or such express criticism of its handling of the rollout: the potential for consumer confusion, increased risk of fraud and violations of the spirit of the rights protection mechanisms (RPMs) - these being the same concerns that were voiced during ICANN’s RPM review and the recent US congressional hearing.